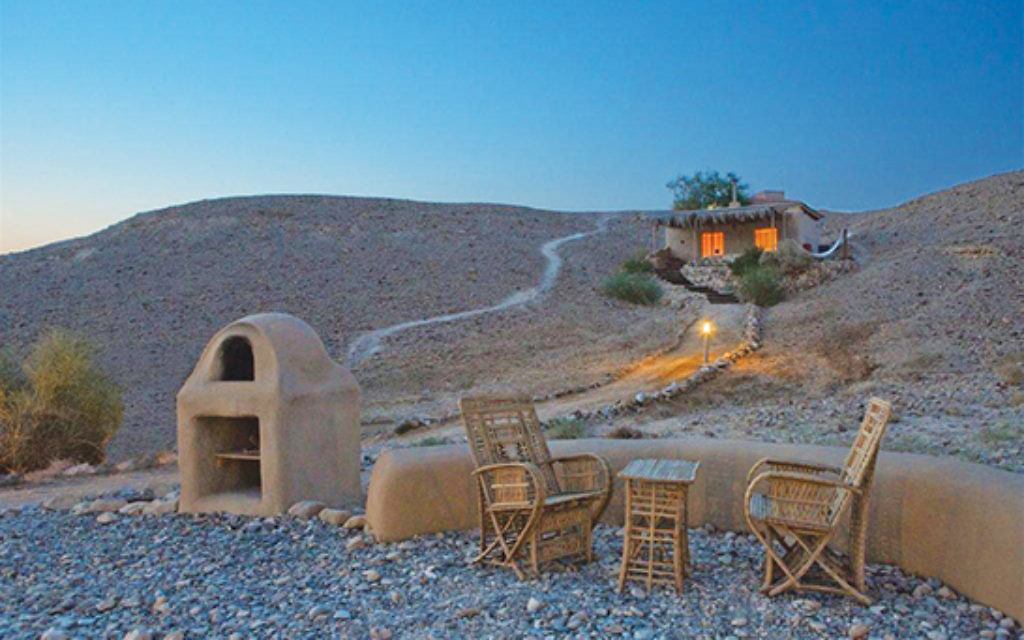 It may be one of the world’s oldest civilizations, but there’s always something new in Israel.

Every season brings just-unearthed archaeological finds and novel museums, burgeoning neighborhoods and buzzy new boîtes. In the heart of Jerusalem, a glittering pyramid is rising; Daniel Libeskind’s 26-story stone-and-glass tower, to be completed by 2019, will offer rooftop dining, an observatory, a public plaza and upscale shopping at the city’s second-tallest edifice.

All over Israel, visitors will find technologically sophisticated, more accessible ways to experience Israel’s sights, both ancient and modern — as well as expanded options for flights, lodgings and entertainment.

To help you plan your next trip, the Israel Ministry of Tourism recently launched a brand-new website (Israel.travel) specifically aimed at the Jewish traveler. American Jews represent nearly half of all visitors to Israel, according to the ministry’s latest statistics, so this kind of investment makes sense.

I recently perused the site and found it to be a visually engaging, fun-to-read improvement over past web portals. To be sure, some sections of the site are still under construction — the monthly events calendar was incomplete as of last week — but among the highlights are destination-specific capsules, including a section devoted to tourism in the up-and-coming Negev Desert region.

There’s also a helpful area dedicated to helping American Jews plan “destination” b’nai mitzvah trips to Israel — a longtime tradition that is growing in popularity. And the new FAQs offer concise, candid answers to common concerns (such as whether Israel stamps visitors’ passports, complicating travel to nearby Muslim an Arab countries; the answer is no).

Getting to Israel is also easier than ever, thanks to expanded flight alternatives. El Al recently added Boston-Logan Airport to its growing list of North American departure points, with three direct flights per week, and American Airlines became the latest U.S. airline to offer Israel flights as a result of its merger with U.S. Airways.

Newly added routes from Ryanair, the Ireland-based discount carrier, allow travelers to connect cheaply from Eastern Europe. Now you can tack on a jaunt to Tel Aviv from a heritage tour in Krakow or Budapest — among the newest connections.

Once you land — or even before you go — plan your cultural itinerary with the Museums in Israel National Portal. It’s a handy new app that allows users to explore the country’s astounding 1.5 million items, treasures from virtually anywhere and any angle.

In person, there’s a lot that’s new at Israel’s museums — including the nation’s first institution to showcase modern and contemporary Arab art, the Arab Museum of Contemporary Art and Heritage; it was unveiled just this summer. Conceived by two Israeli artists and situated in Sakhnin, a predominantly Muslim city in the Galilee, the museum opened with an exhibit whose name translates to “dialogue” — a note of hope in a time of tension.

Tension aside, 2015 also marks the first half-century of the Israel Museum, the nation’s premier cultural institution. After an expansion five years ago that doubled its exhibition space, the Museum is showing off its astounding collection in novel and inspired ways — most notably with a series of 50th birthday shows whose centerpiece is “A Brief History of Humankind,” on display through the end of the year. Inspired by Yuval Noah Harari’s eponymous bestseller, the exhibition explores hundreds of thousands of years of human evolution through objects from the museum’s vast collections, both ancient and modern.

Israel Museum visitors can also tour new galleries of Israeli art that opened in May, surveys of particularly noteworthy collections, and “Gold from the Sea,” a glittering display of precious-metal treasures from the coastal ruins at Caesarea.

Another landmark institution, the Israel Philharmonic, highlights the nation’s continued artistic vibrancy with a 2015-16 season featuring venerable and up-and-coming artists from around the globe. They include American Jewish musicians like the pianist Emanuel Ax and the conductor Michael Stern (son of Isaac), as well as the Russian-born pianists Igor Levit and Daniil Trifonov and conductor Kirill Petrenko — all rising international stars.

And if you haven’t seen the Philharmonic play at home in several years, you may not have had the opportunity to hear one of the newest arrivals on the classical circuit: Now in its sixth year, the Gary Bertini Israeli Choir allows the orchestra to stage increasingly ambitious choral works.

Serving a nation in need of distraction, live music of all kinds remains a highlight of many an Israel trip. One uniquely Israeli experience is a visit to the Elma, an arts complex and luxury hotel in the historic village of Zichron Ya’akov.

A short ride from Tel Aviv, the Elma hosts an eclectic lineup of Israeli and foreign performers at its 750-seat auditorium — and many audience members head upstairs after the last note, relaxing on a private balcony overlooking the Mediterranean, and savoring the best of what makes Israel special.