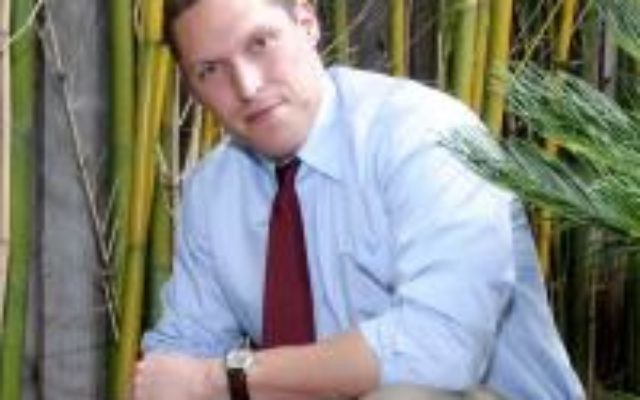 For those of us far removed from the torture cell and battlefield, it is all too easy to be misinformed about intelligence gathering and its efficacy and morality. But to maintain our national integrity, we must all gain clarity on this crucial moral and political issue. Torture is ineffective, illegal and immoral, and it makes us less safe. It must be stopped at all levels.

The Bush Administration argued that torture – or in the words of its officials, “enhanced interrogation techniques,” was an effective weapon in the war on terrorism. Now, one year after the anniversary of the killing of Osama bin Laden, Jose Rodriguez, the former chief of the CIA’s Counter-Terrorism Center during the Bush Administration, has written a book, Hard Measures: How Aggressive CIA Actions After 9/11 Saved American Lives, about why he believes the United States’ use of torture enabled the capture of bin Laden. However, countless intelligence experts have agreed that torture is not an effective technique for attaining reliable information.

Senator John McCain, who was himself tortured as a prisoner during the Vietnam War, has openly challenged this: “It was not torture, or cruel, inhuman and degrading treatment of detainees that got us the major leads that ultimately enabled our intelligence community to find Osama bin Laden.” Reuters reports that an upcoming Senate Intelligence Committee report is expected to corroborate Senator McCain’s statement. In regards to the “enhanced techniques,” Committee Chair Senator Dianne Feinstein said: “Nothing justifies the kind of procedures that were used.”

Torture is ineffective and is known to produce faulty and false confessions. Further, the U.S.’ use of torture makes us all less safe and more vulnerable, as it can inspire our enemies to commit acts of terror and use torture against our soldiers overseas. Does anyone believe that the Abu Ghraib scandal, in which photographs of American guards torturing and humiliating Iraqi men became public, made Americans safer? Why does Rodriguez, who had torture tapes destroyed supposedly to “protect” the identity of the interrogators, feel so secure in his justifications that he is going around the country and on television revealing his identity while promoting his book?

On January 22, 2009, President Obama issued an Executive Order to end torture, reaffirming that torture is illegal, a point already made by Congress in signing the U.S. Convention Against Torture and Other Cruel, Inhuman or Degrading Treatment or Punishment. This document defines torture as “any act by which severe pain or suffering, whether physical or mental, is intentionally inflicted on a person for such purposes as obtaining from him or a third person information.”

Torture inflicts the cruelest punishments, crossing all boundaries of human dignity. It is degrading to all – the perpetrator, victim, and citizens who allow it – and is a violation against God, as humans created in the “Image of God” are broken on the deepest level.

Uri L’Tzedek, the Orthodox social justice organization, has launched a prison reform campaign in the Jewish community, and we stand with the National Religious Campaign Against Torture (NRCAT) in solidarity with other faith leaders across the country united against any use of torture. As American faith leaders, we understand that the role of the prophetic tradition is to remind us of our absolute moral duties to honor the sacredness of human dignity.

The use of torture is against Jewish law and Jewish values. To be sure, according to Jewish law, one is permitted to defend oneself by killing an attacker if one’s life is threatened (Mishneh Torah, Rotzeach 1:6). Judaism does not oppose self-defense. But a captured prisoner is no longer in the category of attacker (rodef), and therefore, extreme measures of what would otherwise be called self-defense may not be inflicted upon a captured individual. We do not inflict cruel pain upon one individual in the hopes that we may help others. One is obligated to save the lives of others (Leviticus 19:16), but one may not do so in reckless, painful and immoral ways contrary to the value of the mitzvah (obligation) itself. Jewish law is committed to the ethics of just war -– and torture crosses the line. Judaism also teaches that humiliating another is like killing him, and that “pain is worse than death.”

Rabbi Aryeh Klapper wrote that “endorsing torture fundamentally desecrates God’s Name. The role of Judaism is to raise moral standards in the world, not to legitimate a lowest moral common denominator.” This is what torture has become, the lowest activity a human or government can engage in. It is the abuse of a helpless, trapped prisoner without quality results. It has been used by tyrannical governments throughout time, and has no place in a 21st-century democracy committed to human rights.

The great philosopher Friedrich Nietzsche wrote, “Whoever fights monsters should see to it that in the process he does not become a monster. And if you gaze long enough into an abyss, the abyss will gaze back into you.” We must fight evil in the world with full force, but we must be sure to never lose our souls in the process.