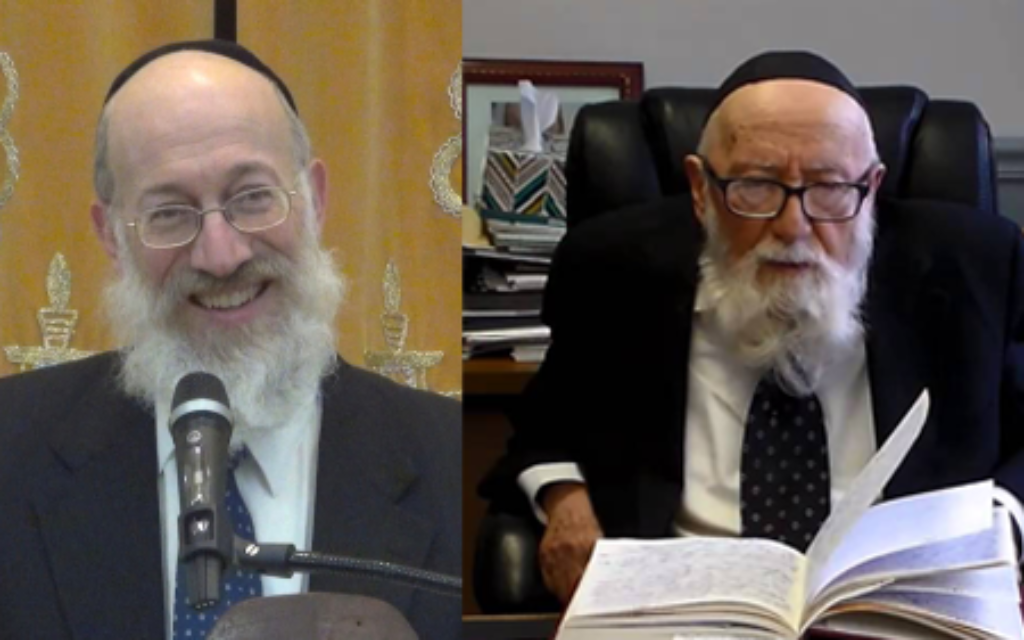 Jerusalem — For the first time since a deal was hammered out with the Rabbinical Council of America nearly a decade ago, Israel’s Chief Rabbinate is no longer automatically accepting conversion certifications from any American Orthodox rabbi.

A recent Jewish Week inquiry into the Chief Rabbinate’s intensified skepticism over the Jewishness of American Orthodox converts reveals that it is part of a larger, more sweeping rabbinate policy to thoroughly investigate the Jewishness of every single man and woman – convert or not – who seeks the rabbinate’s services in the local religious councils.

The influential BDA, affiliated with the Rabbinical Council of America, is the religious court that helped establish new guidelines in 2007 to solve the bitter dispute between American Modern Orthodox rabbis and the increasingly right-wing Chief Rabbinate in Israel.

An internal memo between Chief Rabbinate officials obtained by The Jewish Week demonstrates that, one again, Israeli rabbis are no longer automatically affirming conversions certified by the BDA.

In the letter, Rabbi Itamar Tubul, director of the rabbinate’s personal status division, tells Rabbi Yitzhak ElHarar, director of the office of Chief Sephardi Rabbi Yitzhak Yosef, that scrutiny of every conversion is necessary because “not every [so-called] ‘Orthodox rabbi’ has the knowledge, the license or experience to perform conversions and or to act as a rabbinical court.

“Similarly,” Rabbi ElHarar wrote, “a conversion certification by a third party rabbi who did not perform the conversion and wasn’t involved in the preparation of the candidate or their involvement in the community demands explanation.”

The Chief Rabbinate spokesman, who said he has no knowledge of increased stringency when it comes to conversion standards – and who did not recognize the name of Rabbi Gedalia Dov Schwartz – said the Chief Rabbinate “investigates individually every case that comes before it, regardless of the rabbi.” The rabbinate “neither accepts nor rejects across the board, applications signed by a particular rabbi or specific rabbinical court,” he added.

The new wrinkle in the conversion story was discovered only after some detective work from a leading advocate for converts in Israel.

About a year ago ITIM, an organization that helps people navigate their way through Israel’s religious establishment, received a call from an Orthodox American convert after that convert’s conversion — certified by a BDA official — wasn’t recognized by the Israel’s Chief Rabbinate.

Over the course of the year at least three other BDA-certified converts called ITIM with the same complaint.

“It took until this past summer for me to connect the dots,” said Rabbi Seth Farber, ITIM’s director.” Only a couple of weeks ago did a pattern emerge.”

Farber recently dealt with the refusal of the Chief Rabbinate and, later, the Chief Rabbinical Court, to recognize a conversion performed by Rabbi Haskel Lookstein of Congregation Kehilath Jeshurun on the Upper East Side, a leading Modern Orthodox rabbi for decades.

“The situation is completely out of hand,” Farber said of the power the Chief Rabbinate and Chief Rabbinical Court wield over converts and others in need of their services. “They control who can get married in Israel but their myopic criteria for defining who is a Jew is unprecedented in Jewish history. It’s got to stop.”

Farber said ITIM is considering whether to petition the High Court to demand the criteria by which the rabbinate determines “who is an acceptable rabbi.”

The rabbinate’s decision to not automatically recognize the BDA rabbis’ certification appears to violate a 2007 agreement between the RCA/BDA and the rabbinate that laid out the criteria for the establishment of the special conversion courts.

According to those criteria as put forth by the RCA/BDA, “all ishurim [certifications] issued by the Beth Din of America, whether concerning conversions performed in the past or in the interim period until the new [conversion court] system is functional, will continue to be recognized.”

That agreement was the denouement of a crisis between the rabbinate and the RCA/BDA following The Jewish Week’s 2006 revelations that the rabbinate had stopped automatically recognizing BDA conversion certifications by the end of 2005.

Farber said the certification part of the 2007 agreement probably held until roughly a year ago, when the first of the four converts contacted ITIM.

Farber noted that the converts whose conversions are now under scrutiny were not converted in the special conversion courts.

“The issue extends beyond one court or another. The rabbinate is again showing disdain for the North American Jewish community.”

Someone with knowledge of the rabbinate’s policies but who spoke on condition of anonymity theorized that the country’s two newest chief rabbis may have demanded greater stringency for all marriage and other applications when they assumed office in August 2013.

“But I can’t prove this,” the source said.

The rabbinate has long maintained that only rabbis specially trained as conversion experts are qualified to teach prospective converts and perform conversions, and that any conversions not carried out this way are suspect to this day.

Farber said this attitude has profound implications for longtime Orthodox converts who were converted in the U.S.

The religious establishment “has declared conversions performed by community rabbis in America 10, 20 even 30 years ago aren’t necessarily kosher because they were done in a local rabbinical court by local rabbis, not in a conversion court.”

That conclusion “demonstrates a profound misunderstanding of how American Jewry has traditionally functioned. Local community rabbis have always carried out conversions because it is they who best know the converts,” Farber said.

In three of the four cases ITIM is handling, Rabbi Schwartz signed off on the conversions anywhere from days to years after they were performed by community rabbis who were RCA members.

“In one of these cases a convert now in his 60s, who underwent conversion as an adult 30 years ago and made aliyah soon afterward, wanted to make sure his conversion was recognized in Israel for the purposes of a Jewish burial,” Farber said.

“Rabbi Schwartz certified the conversion but Rabbi Tubul still conducted months and months of investigation. When the rabbinate didn’t make a decision the convert turned to the Chief Rabbinical Court to confirm his Jewishness.”

Instead, Farber said, “the court forced the man to have another conversion that included the process of drawing blood as a symbolic re-circumcision, before certifying the man’s Jewishness.” The convert agreed to the reconversion “only because he wanted to guarantee that he would be buried in Israel as a Jew. By the way, this is a man who attends a morning minyan every single day.”

In another case a local branch of the rabbinate turned away a convert from the U.S. East Coast who was applying for a marriage license in Israel.

Farber said ITIM contacted the BDA in the spring and Rabbi Willig endorsed the conversion.

The rabbi who performed the conversion is a well-known rabbi.

“Ultimately we were able to find another branch of the rabbinate that okayed the conversion, but why didn’t the first branch accept it?” Farber asked rhetorically.

Rabbi Willig declined to be interviewed and Rabbi Schwartz was not available for comment. An RCA official said he could not comment on the rabbinate’s actions because he needed more time to examine the situation. And all four converts opted to not be interviewed, citing privacy concerns.

Farber said the situation for converts in Israel has never been worse.

“Hundreds of people are walking around scared that one day someone will challenge their conversions. Even the centralized conversion courts of American Orthodoxy no longer represent a guarantee. If Rabbi Schwartz’s and Rabbi Willig’s certifications are insufficient today, what’s to prevent the rabbinate from dismissing now-recognized conversions in the next generation?”