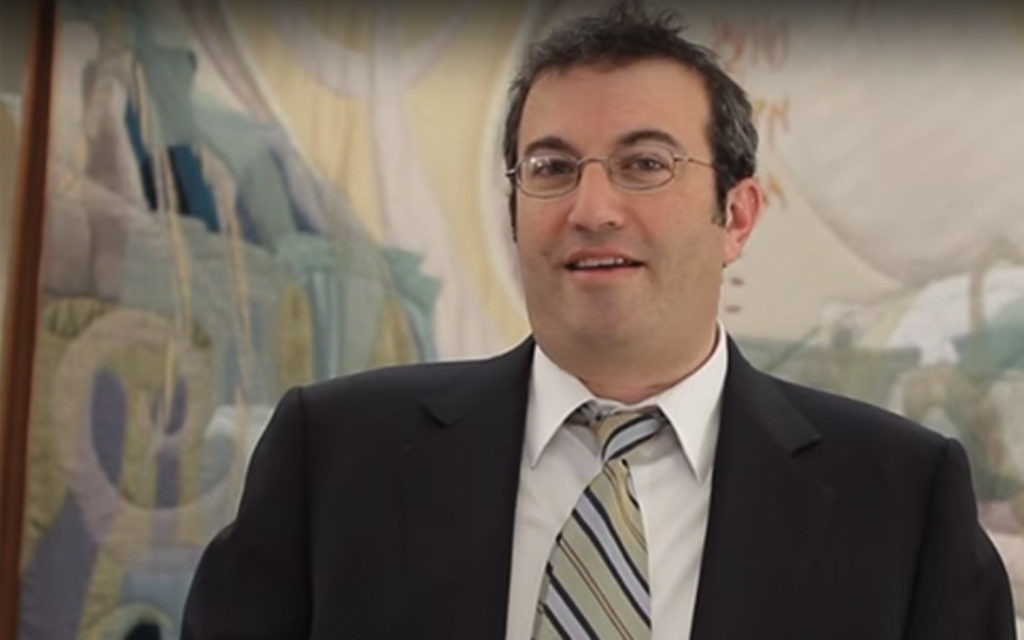 Rabbi Ari Berman has emerged as the search committee’s top candidate to be the next president of Yeshiva University, a source familiar with the process told JTA. But another source told The Jewish Week it was premature to draw conclusions, given that the board of the university has not met any candidates.

A product of both YU’s college and its affiliated rabbinical seminary, Rabbi Berman served for 14 years as a rabbi at The Jewish Center, a prominent Modern Orthodox congregation on the Upper West Side of Manhattan, before immigrating to Israel in 2008. He taught Talmud at YU beginning in 1998.

Rabbi Berman was promoted from assistant rabbi to lead The Jewish Center in 2000.

Yeshiva University’s spokespeople would not comment on matters relating to the presidential search. JTA was unable to immediately reach Rabbi Berman in Israel.

Whoever succeeds Richard Joel as president will face a host of challenges. YU lost millions in the Bernard Madoff Ponzi scheme in 2008 and ran an operating deficit for seven straight years. Last year, it offloaded the Albert Einstein College of Medicine to the Montefiore Health System, losing half of its endowment in the deal.

YU was also rocked in recent years by a series of accusations of physical and sexual abuse that took place at its affiliated boys’ high school in the 1970s and ’80s. The cases could not be prosecuted because they exceeded the statute of limitations.

Insiders acknowledge the search has been difficult, given the relative lack of individuals who could serve as charismatic spokesman for Modern Orthodoxy, aggressive fundraiser and serious Torah scholar to satisfy the rabbis of the rabbinical school. There has been talk of dividing the job between two people, the outside face and the insider business-oriented person.

Like Joel, Rabbi Berman, who earned a doctorate in Jewish thought at The Hebrew University in Jerusalem, is not well established in general academic circles. Unlike Joel, who headed Hillel International, he lacks significant fundraising experience and has never managed a sizable entity. But he is well connected in the Modern Orthodox world, maintaining good relations with the school’s leading rabbis and demonstrating an ability to forge relationships with its alumni and donors.