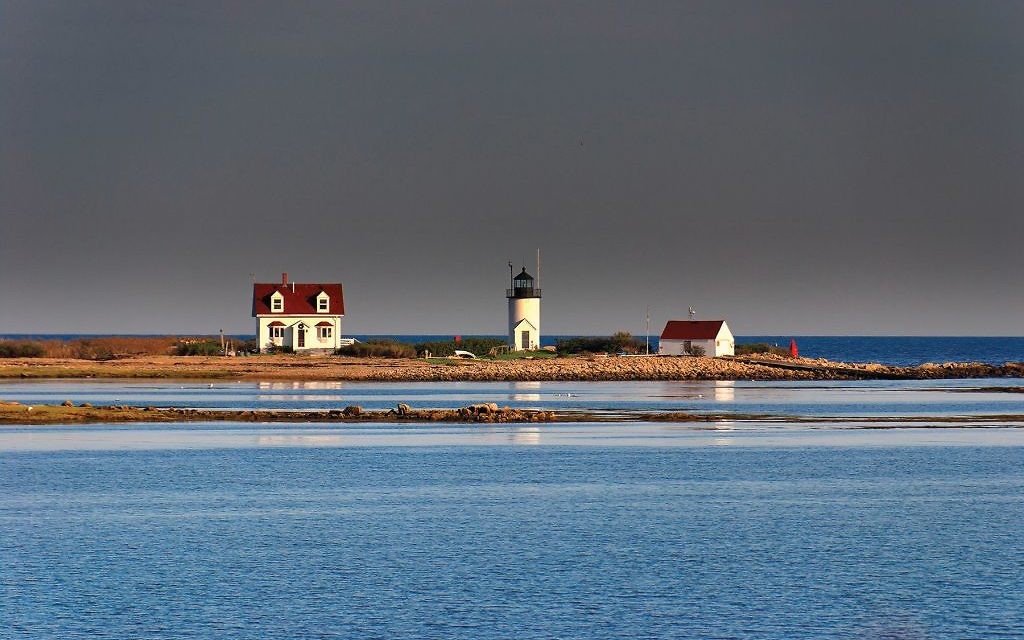 When my WASP-y father took my mother to his parents’ summer retreat in Maine, the surroundings made her very aware of her Jewishness — or perhaps more accurately, of the decidedly un-Jewish social milieu.

But times have changed, although that change can be difficult to discern in rural New England — a frozen-in-time status, by the way, that locals cherish. The moody gray skies over Ogunquit Beach, the lighthouses and the pristine harbor at Kennebunkport probably looked the same 50 years ago.

My Jewish cousin from Miami, and Jewish friends from suburban Boston, are among the Members of the Tribe I know who’ve settled in Maine recently. And while most of the kids frolicking along the shore near Kennebunkport are blonder than mine, the area is no longer the WASP bastion my mother encountered nearly a half-century ago.

Visiting coastal southern Maine in the company of Jewish friends, I discovered a relaxed, loosely social community of Jews who cherish Maine’s solitude, the craggy beauty of its coast, and a distinctive culture of outdoorsy family life. Congregation Etz Chaim, founded more than a century ago, is a thriving non-denominational synagogue just north of Kennebunkport in Biddeford; its families come from across the southern coast — and the religious spectrum.

Some of the credit for Jewish integration may go to the area’s most famous resident — former President George H.W. Bush, whose family compound is in Kennebunkport. A well-known story concerns how Bush arranged for his friend, the Jewish Hollywood producer Jerry Weintraub, to join a local tennis club previously closed to Jews. 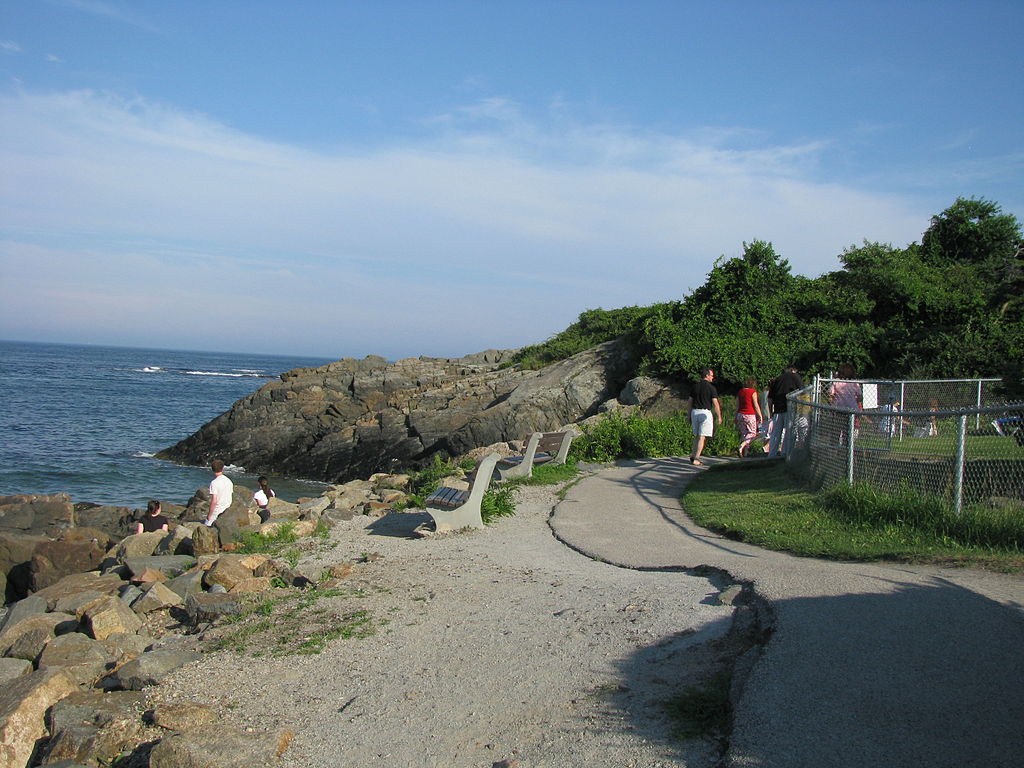 Marginal Way is a scenic walk along the Maine coast. Wikimedia Commons

Four and a half hours’ drive north from Manhattan, the resorts of Ogunquit, Kennebunk and its neighbor Kennebunkport lie just north of New Hampshire, on a picturesque rocky stretch of Maine coast south of Portland.

The first town you come to is Ogunquit. Less exclusive than Kennebunkport, Ogunquit is a quintessentially charming New England town with a spectacular, unspoiled beach and endless Atlantic vistas. There’s nary a McMansion or an ice cream vendor in sight — just sparkling blue surf that, in peak season, reaches swimmable-for-Maine temperatures in the high 60s.

Apart from the beach itself, Ogunquit boasts one of the prettiest walking trails on the East Coast: the Marginal Way, a mile-long paved stretch that wends alongside the ocean through dune and wild rose thickets. The views are stunning and the route uncrowded, with dozens of benches for resting throughout.

The trail winds up in the enclave of Perkins Cove, where you can stroll the dock, cast a fishing line or simply watch the yachts bobbing in the harbor. Bright pink and red geraniums bloom in the window boxes of weather-beaten cottages; shops sell homemade fudge and salt water taffy, just as they have since time immemorial; and pubs serve up Maine brews in newer flavors like blueberry ale.

A short jog north, the resort town of Kennebunkport retains the kind of refined, patrician feel that has drawn affluent families for generations. You see a lot of pink pants on men, and the boutiques and galleries at Dock Square, where the Kennebunk River flows through downtown, are decidedly upscale.

But one of the best experiences is absolutely free: the Parson’s Way Shore Walk, a nearly five-mile ocean-side path that wends past the grand summer homes of the Bushes and their neighbors. 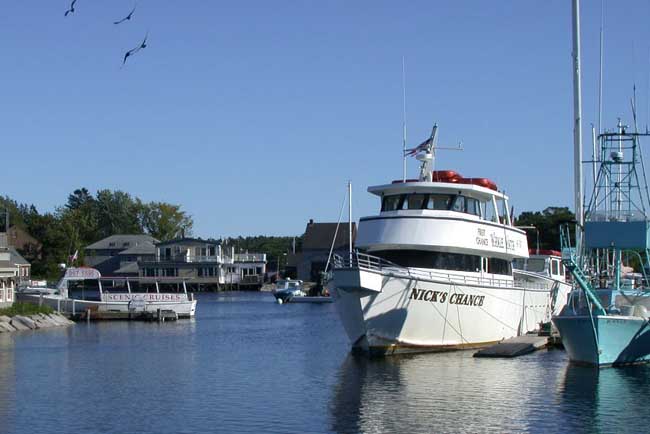 Boats on the Kennebunk River at Kennebunkport, Maine. Wikimedia Commons

The best sandy beaches are in neighboring Kennebunk, a town with a more laid-back vibe. A sidewalk path connects the sandy beaches and rock points of Kennebunk, so those in the mood for a seaside ramble can stroll and swim the length of the shore. (It’s worth noting that in contrast to many East Coast resorts, the beaches in this area are generally open to the public, with an hourly parking fee or a day permit.)

One of the oldest settlements in the U.S., Cape Porpoise is a sleepy, scenic fishing village on Kennebunkport’s eastern shore. This is where the English Captain John Smith landed four hundred years ago; it comes as no surprise, then, that Cape Porpoise is New England at its most English: mossy stone walls, shady gardens, clapboard houses and hydrangea-dotted lawns.

Many consider Goose Neck Beach, a wide expanse at Cape Porpoise, to have the softest sand in Maine. With a tiny archipelago of islets just offshore, its tranquil waters and tidal pools are popular with children and piping plovers. Kayakers glide past the Goat Island Lighthouse, a classic New England landmark right out of an Edward Hopper painting.

Even an indoors enthusiast such as myself (and my city-bred mother) can get into this relaxed, bucolic setting, where vacationers from all backgrounds savor the same cool, salty breeze.