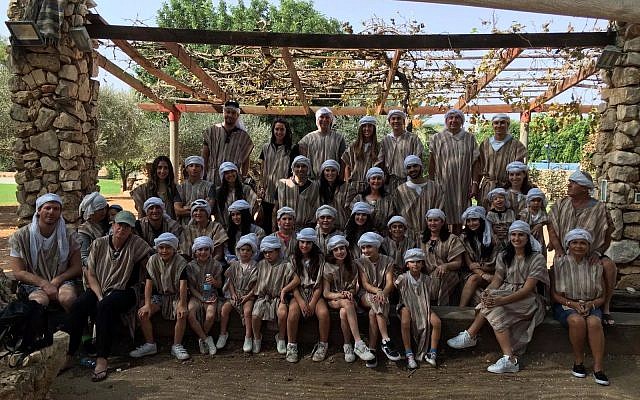 The author's family in Israel. Photos courtesy of Joanie Dweck.

For my brother and cousin’s bar mitzvahs, my entire family took a trip to Israel. After a flight filled with turbulence, screaming children and a medical emergency—an old man almost fainted at 4 a.m., he’s fine now—I was eager to get off the plane and onto Israeli soil. When my family stepped out of Ben Gurion airport, we were greeted with a surprise. My cousin, who is in the army, had taken time off his base to come to visit us. Hugs were shared, and tears were shed, as this was the first time we had seen him since he was drafted. After being reunited, all 42 members of my family climbed onto the bus as we headed to our first destination, a beautiful restaurant called Arestos. Inside, tables filled with tomatoes, salads, garlic bread, hummus and much more were set up for us. One bite of the food and I was in heaven. We chatted, laughed and expressed our excitement for the upcoming trip. Chocolate soufflés were laid out in front of us and we ate with vigor. Later, as we loaded onto the bus, I stopped to take a look around and appreciate where I was.

I’m in the holy land.

We sat on the bus, nodding off now and then, for two hours until it halted in front of the Setai Hotel. The hotel was magnificent, with a breathtaking view of the Kinneret, a large lake surrounding northern Israel. The lobby had a warm feel with a large fountain in the middle. Outside there was a huge pool overlooking a beach that stretched its sands to the Kineret. I slept like a baby in my lavish hotel room and, the next morning, we headed to Kfar Kedem.

Once in Kfar Kedem, my family and I dressed like people from the times of the Mishnah and learned about their rural Israeli lifestyle. We milked goats, made goat cheese, ground wheat and even made our own fresh pita. Afterward, we rode donkeys and I learned how to lead them. I had to use a different tone of voice for each command, and the donkey was incredibly stubborn. I felt as if I was trying to give street directions to an infant as I tried to pry the donkey away from a tree. After lots of practice, I was finally able to take my cousin around on the animal. We ended our session with fresh dates, pita, and olives.

Later that night we went to Decks, one of my favorite restaurants in the north. Decks was a restaurant on a dock overlooking the Kineret, where we had a delicious dinner and were then greeted with another surprise. There was a boat set up with a dance floor for me and my family. We danced like crazy and by the end of the night, we fell asleep very easily. 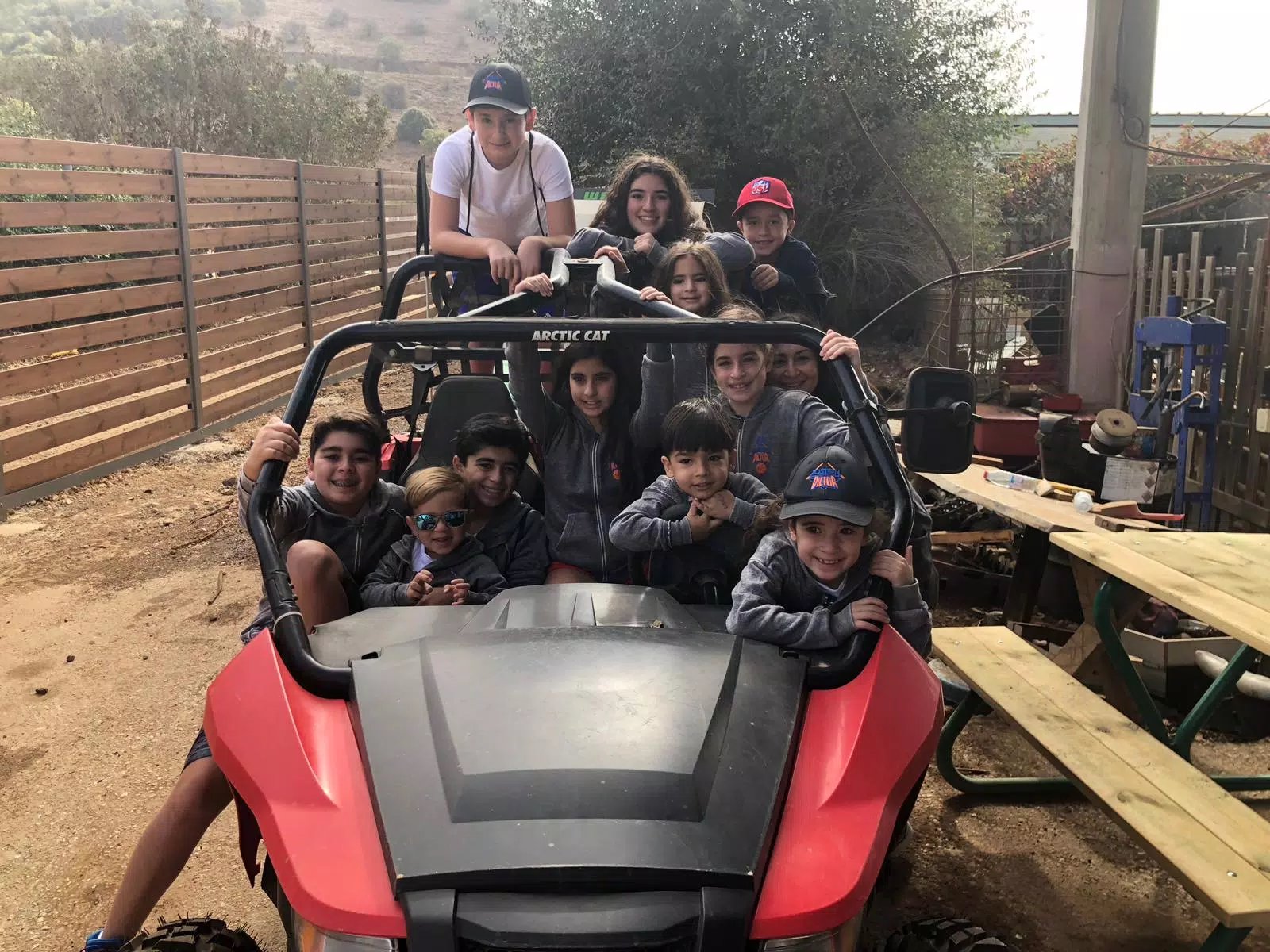 Jeeping in the Golan Heights

On our second to last day, my family and I went jeeping in the Golan Heights, a mountainous place right by the Syrian border. We rode to the hospital where Eli Cohen, a Jewish spy during the war for independence, stayed while he was injured and in hiding.  The tour guide took my cousins and me to the top of the hospital, where we could see the Syrian terrain spread out before us. He said that, if you were to sit up there long enough, you could see the action in Syria.

The second he said it, we heard the sound of a missile and black smoke erupted from a Syrian city. My heart dropped as we ran down the stairs and raced off in our jeeps, shocked that we were so close to where an actual missile was shot.

Later that night, we visited Beit Elazraki, an orphanage for children whose parents are incapable of caring for them, and shared a meaningful dinner. The best part was getting to meet my pen pal that I had begun to write to three years ago. We both cried and hugged, feeling reunited despite never meeting. We ended the night by driving to Jerusalem.

The next day was the bar mitzvahs. My brother and cousin read their speeches, both of which brimmed our eyes with tears. We danced, sang and ate far too much. That night we had dinner at Valero and had the time of our life’s watching a slideshow I made for the boys. We went to a virtual reality tour of the Kotel and a tour of the southern wall. I sat in my chair and spun around with the glasses over my eyes and it felt so real. Cartoon people were chatting, everywhere I looked I was surrounded by the magnificent structure of the Beit Hamikdash. Seeing this and then looking out to see the Kotel reminded me of how far Jewish people have come after everything we’ve been through. We shared one last beautiful Shabbat dinner together before we left the next night.