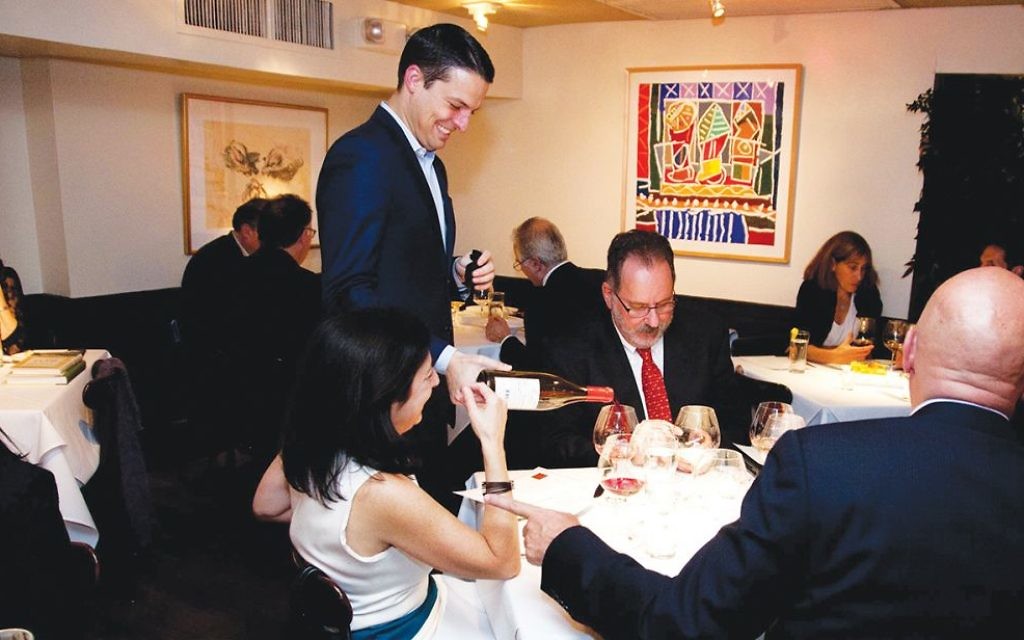 This week, like everybody else, we’re talking about tipping.

Tipping is an essential part of travel — whether parking the car in a Midtown garage or dining out in Milan. From spas to bars, hotels to guided tours, trips are full of moments that call for some kind of gratuity.

But how much? What do others leave? What if you don’t have any singles on you?

That’s the kind of awkwardness that Danny Meyer — perhaps the best-known New York Jewish restaurateur — plans to eliminate at the dining establishments run by his Union Square Hospitality Group. Meyer’s recent announcement that he will abolish gratuities in favor of a service charge makes him the latest in a wave of high-end proprietors bucking American tip culture. (See story on page 3.)

Menu prices will rise, but the stated goal is both practical and ethical: reducing the growing income inequality between “front-of-house” workers — the servers, bartenders, and bussers who earn cash tips — and the cooks and dishwashers whose low hourly wages make recruitment difficult.

Many diners have reacted with joy, relieved to be free of that post-prandial moment of mathematical reckoning. Allusions to the European service-charge system abound; Meyer’s website bio features a quote about how travel has influenced him, and indeed, the cultural particularity of tipping features prominently in conversations around this issue.

Who hasn’t wondered how much to hand the foreign taxi driver? Or been surprised by a waiter pressing the change into our hands, insisting we must have forgotten it? Here in the U.S., tipping is a gesture fraught with powerful, unspoken motives — from one-upmanship to generosity to the desire to impress.

These impulses translate clumsily. While it’s unfathomable to many Americans that a worker wouldn’t want more money, many foreigners look askance at our lavish gratuities, which they see as flashy and uncouth. But it’s worth noting that European salaries overall are far more standardized, with less disparity between professions, and a less nebulous “living” wage.

Then there’s the issue of hospitality — the personalized service that many Americans cherish, and that may suffer if the tip incentive is withdrawn.

I have European friends who grouse that rather than encouraging good service, American tippers upset the economic equilibrium by making locals look cheap. Overseas, I’ve often found myself in a kind of moral quandary: Which is nobler — rewarding good service by an employee who may be scraping by, or respecting local frugality?

The anti-tipping fervor of some Americans seems imbued with a similar moral murkiness; Meyer’s move strikes many as a questionable redistribution of income, with cooks potentially making more at the expense of servers.

“From an ethical point of view, people should be paying the wages they feel are fair,” opined Dean Moses Pava at Yeshiva University’s Sy Syms School of Business, where he holds the Alvin Einbender Chair in Business Ethics. Pava took a jaundiced view of the anti-tip initiative, arguing that if owners think cooks are underpaid, they should simply pay them more.

“From a Jewish point of view, one of the biggest problems we face is income distribution,” Pava told me. “But this is Robin Hood, taking from the middle and giving to the bottom!” Acknowledging the issue’s complexity, Pava noted that tipping gives rise to its own ethical problem — the incentive for tax fraud in the form of undeclared cash — and concluded that strictly on its own merits, a better wage for underpaid cooks is “a step in the right direction.”

Meyer was too busy to comment this week, but I spoke to a handful of well-traveled Jewish restaurateurs about this complex matrix of ethics, finance and culture. Some warned of a decline in service, unsupportable price hikes and diminished server pay when salaries replace tips. Others alluded to Jewish social values and the broader movement toward higher minimum wages.

“Ultimately, it’s a progressive direction,” said Joel Teitolman, co-owner of the Mile End Montreal-style Jewish delis in Brooklyn and Manhattan. “In a higher-price-point restaurant, it makes a lot of sense; it does kind of create a level playing field.”

Steve Cook, a partner in the Philadelphia-based CookNSolo restaurant group — the team behind the white-hot Israeli restaurant Zahav — called the no-tip trend “a correction,” adding, “I think it’s a good thing for the industry.”

But it wouldn’t work at Mile End, Teitolman said, nor at many lower-priced eateries, where margins are thinner. CookNSolo came to the same conclusion — that it was impossible to maintain existing pay levels for servers while balancing wages and prices.

Cook’s father was a rabbi, and “social justice issues were always prominent discussions in our house,” he recalled. Both Cook and his partner, Michael Solomonov, feel strongly about Jewish values of generosity: “It just makes sense that everyone should do well.”

Teitolman shared a similar sentiment. “Our company is our family, and that is something that I think stems from our Jewish values,” he said. “Noah” — partner Noah Bernamoff — “and I make decisions sometimes that are not the best financial decisions for our business, but are the best decisions for our family that we’ve created here.”

If there’s any consensus, it’s that generosity and fairness are Jewish values — but not exclusively so. And that regardless of where we are in the world, the transactions we make have an impact.