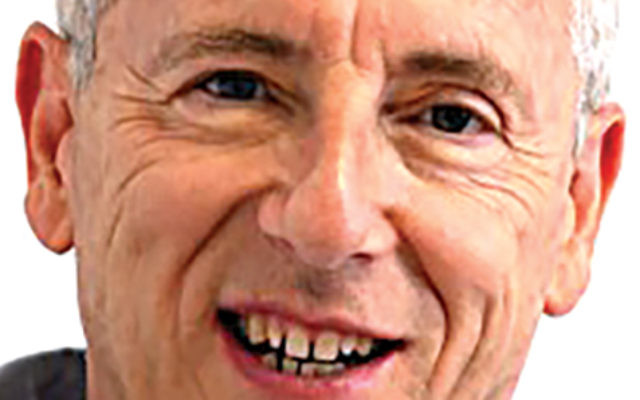 A recent New York Times report of a robust and thriving smuggling industry moving undocumented Palestinian workers into Israel offers an opportunity to think about what this development can teach us.

The obvious lessons nearly everyone can see: that poverty in the Palestinian population is so overwhelming that its citizens are willing to go to enormous trouble and great expense to come to Israel for work, even though their wages there are significantly below those of legal workers and the work and living conditions are poor and in some cases sub-human; that the so-called security measures that Israel has taken by building walls, fences and military checkpoints are unable to stop those determined to cross them undetected; and that the large bulk of those Palestinians who come to work in Israel are welcomed by Israelis, do their work, return home, and have no violent or terrorist intentions. These obvious lessons should be enough for an enlightened Israeli government and populace (and likewise a Palestinian one) to conclude the status quo is untenable and unjustifiable.

But there is another lesson to be learned — or rather an opportunity to be grasped — that I would like to suggest. For me it is no less obvious. The thousands of Palestinian workers who come to Israel and their Israeli coworkers and employers are a significant body of people whose experience has made them understand that our two peoples have an interest in peace and coexistence, that the “other” is not a demon, and that we can cooperate and build together. This was the understanding that existed when Jewish settlement began in the region before the rise of the state, when Arab and Jew found common cause, and even a modicum of mutual respect and friendship — when both peoples were still under the political control of the British colonial powers and the obsessions about sovereignty, territory, and borders had not yet poisoned the relationship between cousins, the children of Abraham.

Why are we not using this history and the day-to-day experience of working together to build not only personal relationships but also a collective sense of interdependence? Why are we not using the facts on the ground to undermine enmity and provide a lasting basis for social and political coexistence? The presence of so many Palestinians in Israel is not a problem; it’s a real opportunity.

Of course for this to happen, Israel, the senior partner in all this, would have to improve both the working and living conditions of Palestinian workers — offering not just respect, but places to live, a fair wage, health benefits, documentation, and some sort of education that allows Palestinians to encounter not just soldiers looking to arrest them or bosses looking to exploit them but the true Israeli who sees the humanity we all share in common. It would require that Israel recognize the futility of its walls, barbed wire fences and other barriers to social and cultural contact with its neighbors.

It would also require Palestinians to recognize that they and Israelis have mutual responsibilities to respect one another and to stop demonizing the other. It would necessitate the Palestinian leadership to stop incitement against Israel and think instead about what can improve the conditions of life for their people — war and terror or work and amity, bombing or building?

On those days when we are being honest with ourselves, we all know in our hearts that we will have to learn to live with each other, and that the alternative of dying by each other is worthless, if not sinful. We all also know that all the claims by each side about God’s giving the land to us are just so much hot air. God tells us so in the very Scripture so many of us hold dear. As they were about to enter the land, God reminds the Children of Israel, “It is not because you are so good or have such integrity that you are about to occupy the land” [Deuteronomy 9:5], and for good measure God warns us all: “The land is Mine and you reside in it strangers and settlers” [Leviticus 25:23].

Samuel Heilman is a professor of sociology at Queens College.