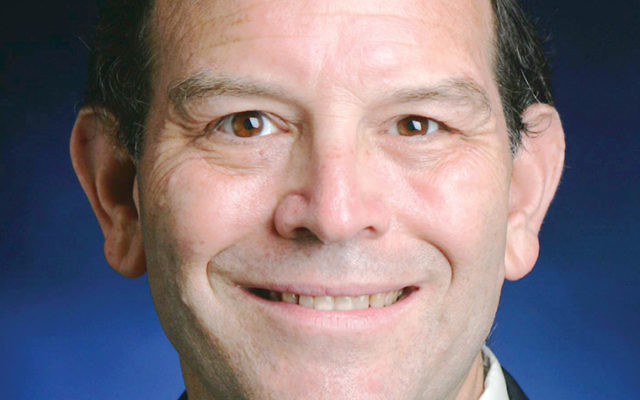 The murder of Prime Minister Yitzchak Rabin 20 years ago opened a rip in Jewish society that is not healing. Commemorating this auspicious event is, in fact, becoming harder, as each side of the tear — those who supported Rabin’s leadership in pursuing the Oslo initiative for peace with the Palestinians and those who rejected it with all of their hearts — have hardened with intensifying fury. For both sides, “We will not forget; we will not forgive” — a slogan of the Israeli left at the time of the assassination — has become a mantra, as well as a prescription for sadness.

Even more disturbing, Rabin’s death at the hands of a fervent radical and fellow Jew is not the first political assassination of profound significance in Jewish history, nor is it the first self-imposed wound in a long history that continues to fester.

As a historian, I recall with horror the tensions in Jerusalem of 66 CE, when the Westernized elite, first among them the Jewish king Agrippa, tried to walk Judaea back from the precipice of an unwinnable revolt against Roman domination and undercut a determined ideological movement that was taking control of the Jewish people, often through terror. The most determined rebels were called “Sicarii,” those with “short daggers” wielded to stab and permanently silence their opponents.

The Talmudic rabbis decried the zealots for their zealotry, blaming them for both the destruction of the Jerusalem Temple in 70 CE and for a national exile that was to last for two millennia — events marked each summer with the fast of the Ninth of Av, Tisha b’Av. Alas, far-right extremists in modern Israel have sometimes taken up the banner of the Sicarii, along with their wont for violence.

The horrific wound of assassination reopens again each fall on the day following Rosh HaShanah, which is known as the “Fast of Gedaliah.”

Gedaliah, son of Ahikam, was the Jewish governor of biblical Judah.  He was set in place by the Babylonian king Nebuchadnezzar following his conquest of Judah and destruction of the Jerusalem Temple in 586 BCE.  The Prophet Jeremiah describes what came next in detail, how a member of the Judean royal family — a descendant of King David — came with 10 men and murdered Gedaliah and his entourage, “because the king of Babylon had appointed him governor in the land” (Jeremiah 41).

Jeremiah decried the murder, and the ancients instituted a fast in memory of the day when Jewish zealots ended the last vestiges of Jewish self-rule in the holy land.

For the Talmudic rabbis, Gedaliah was a prototype for how to deal with the most extreme political complexities. He was a martyr, worthy of memory, yearly fasting and introspection.

Gedaliah was also a model for sages and patricians who fought to avoid the Jewish revolt against Rome in 66 CE, a conflagration that resulted in the destruction of the Temple of Herod — the one visited both by Hillel and Jesus — and the largest Temple compound in the Roman world.

Gedaliah is the great warning against extremism, against Sicarii, and against the murder of leaders willing to confront complexities, even at the cost of their lives.

On the Fast of Gedaliah, just days ago, many Jews afflicted themselves for the sins that lead to his murder more than 2,500 years ago. On Tisha b’Av Jews mourn the destruction of the Temple, twice — once by the Babylonians, and a second time by the Romans. More than that, however, we mourned our own incapacity to control the zealots among us and the tragedies they inevitably cause.

On. Nov. 4 we will commemorate the murder of Yitzchak Rabin. This political assassination joins the Fast of Gedaliah and the Fast of the Ninth of Av as a time of reflection and repentance.

But it is also an opportunity for change. In a real sense, Rabin is the Gedaliah of our times, murdered for trying to improve a deeply imperfect politically and religiously charged reality.

Left to fester, the wound of the Rabin assassination will result in no good. It is time for the committed on both sides to act bravely to heal this wound, so that 2,500 years from now we will not be anguishing over it still.

Steven Fine is the Dean Pinkhos Churgin Professor of Jewish History and director of the Yeshiva University Center for Israel Studies (yu.edu/cis). He is chairing a conference marking the anniversary of the Rabin assassination on Sunday, Nov. 1 at Yeshiva University.