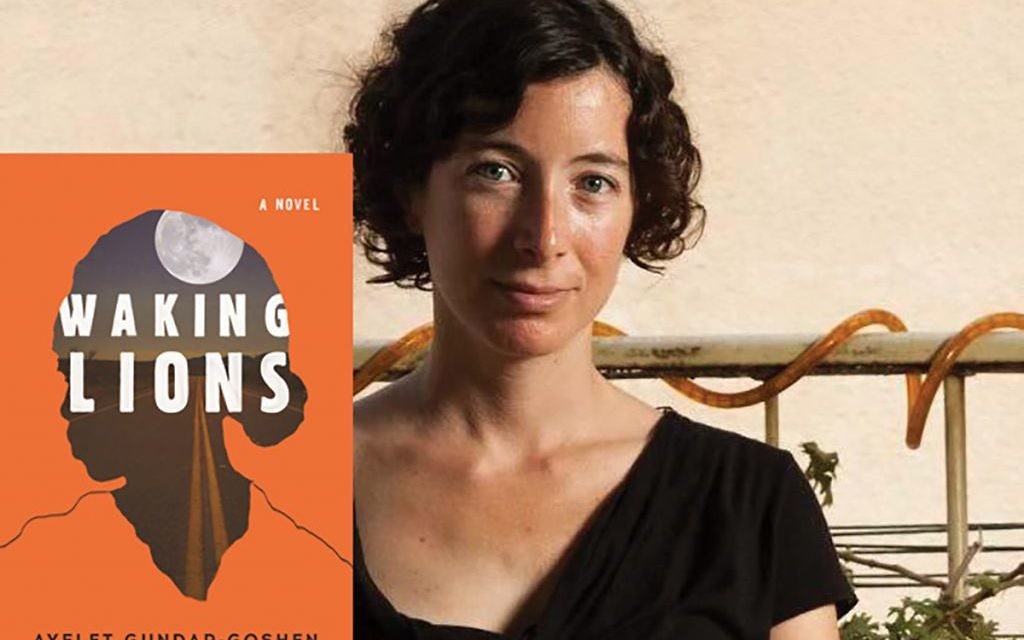 Call it Israeli noir, the dark side of the nation’s literary sensibility. With the heroic idealism and resilience associated with the Six-Day War now a fading 50-year-old memory for many in today’s contentious political climate, two new best-selling novels from Israel mine a deep vein of existential disillusionment.

In the taut, atmospheric style of American noir writers like Patricia Highsmith and Elmore Leonard, Israeli authors Ayelet Gundar-Goshen and Nir Hezroni, in their U.S. literary debuts, paint a skewed moral landscape in gray and black. Many scenes take place under an eerie moon or in dark, dank basements. The bright Israeli sun, when it does appear, does not provide healing warmth; it is there to scorch and blind. Characters squint but they do not see, nor can readers easily separate the good guys from the bad guys. That is, if any good guys remain in a world depicted as so broken that attempts at repair can seem futile. In these novels, everyone is in the dark, with even the most seemingly model mensch in danger of losing the internal moral compass that leads to true north.

Gundar-Goshen’s “Waking Lions” (Little, Brown), translated by Sondra Silverston, opens with a startling, grisly hit-and-run. After a grueling late-night shift in the operating room, disgruntled neurosurgeon Eitan Green takes what he feels is a much-deserved break from his usual routine. Instead of going directly home to his adoring wife and two children, he heads to an isolated stretch of road outside Beersheba where he can test just how fast his new car can go. 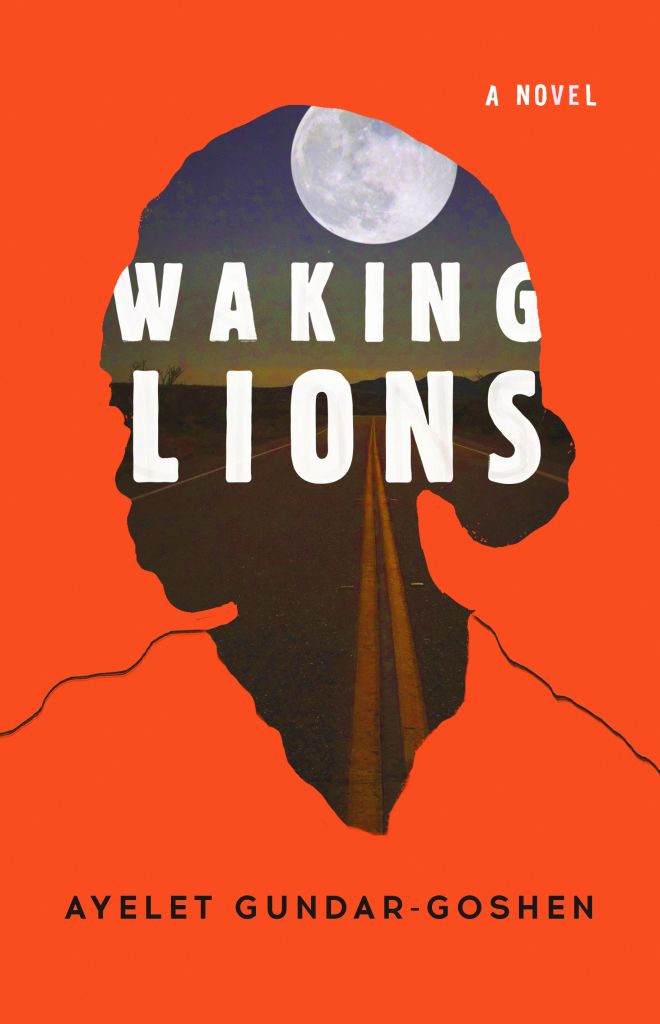 Suddenly he hits a bump. As if in a dream, he stops, steps out of his car and only then realizes that the “bump” is a man, someone with dark skin, probably a refugee from Eritrea who had come to Israel in search of safety. Some safety. Poised to help with emergency kit in hand like the good doctor and citizen he still imagines himself to be, Eitan sees that though the man is still breathing, his skull has been crushed; no amount of neurosurgery can possibly save him. Eitan knows he should call the police, turn himself in. But he also knows that his reckless driving could cost him his medical license. How then could he provide for his family? In the instant, the selfish instinct beats out the selfless. He climbs back in his car and flees.

At its most basic level, the complex plot that unfolds is a simple ethics lesson: You can run but you cannot hide, neither from your actions nor from your conscience.

But the political and social realities of Israeli society add more layers. The next day, an Eritrean woman who identifies herself simply as Sirkit shows up at Eitan’s home and hands him his wallet, which he had dropped during his hasty escape. As widow and witness to her husband’s death, she has by her very presence reversed the balance of power between the upper-class Israeli citizen and the invisible, impoverished, dark-skinned refugee. It is Eitan’s infraction that has allowed her to become visible, and now she is in command. He offers money, which she accepts, but that’s not all she wants. She demands that he spend his nights tending the medical needs of other refugees at an abandoned garage that they transform into a makeshift hospital.

For Eitan, it is as if he has been pushed (or pushed himself, with his unthinking behavior) into an alternative universe. Most of these patients have never seen a doctor before. And Eitan, for his part, has never before seen such acute medical conditions that have been left to fester for so long. But rather than offering redemption, these Robin Hood-like deeds compel Eitan to commit additional betrayals; he lies to his wife, his children and his hospital colleagues to cover his underground activities. Further adding to Eitan’s guilt is his growing attraction to the strikingly beautiful Sirkit, no matter that she is not only extorting him but also raking in as much money as each refugee patient can pay her.

And there’s one more complication to Eitan’s plight: the local police detective determined to solve the mystery of the unknown hit-and-run driver is his wife. The novel’s second half suffers from too many twists and turns, one more unsavory than the next, and leads to a conclusion that is less than satisfying. But the basic dilemma has the makings of an arresting film noir.

So does “Three Envelopes” (Thomas Dunne/St. Martin’s) by Nir Hezroni, translated by Steven Cohen, for which the movie options have already been sold. Hezroni, who spent his Israeli military service in intelligence, spins an unsettling tale centering on the workings of a high-level Israeli intelligence service called the Organization. The otherwise nameless agent 10483 has kept a diary since childhood, in which he tracks with ritual precision and complete lack of emotion his bizarre dreams, his paranoid compulsive behaviors (repeatedly checking food in the refrigerator, for instance, to ensure no one has poisoned it), his dispassionate attraction to violence (he coolly sharpens a pencil and stabs the boy bullying him straight through his cheek) and his cerebral brilliance and computer expertise. His psyche is clearly disturbed, but the Organization sees in him a hit man it can trust. 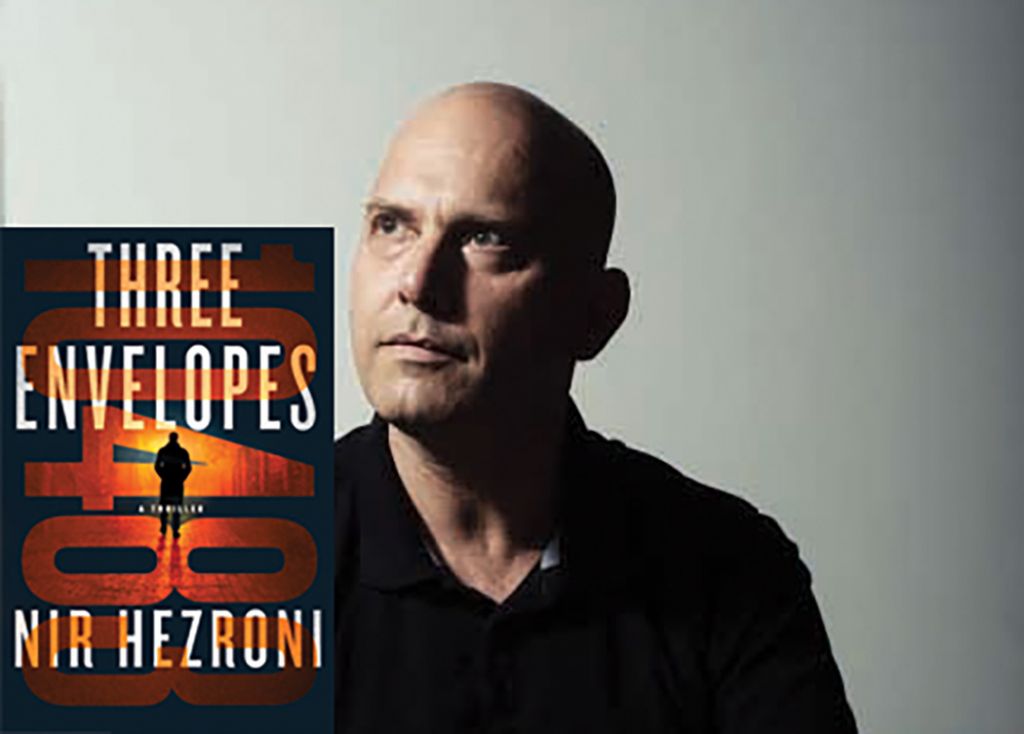 In Nir Hezroni’s “Three Envelopes,” an Israeli intelligence officer shows himself to be a combination of brilliance and heartlessness. Tommy Harpaz

Except, it turns out, that it can’t, as his handlers and supervisors learn when they mysteriously receive the complete draft of the notebook, which he has continued to keep through the years. They read, with increasing alarm, detailed accounts not only of his successful assassination assignments, but of the diabolical methods he used, unbeknownst to the Organization, to kill any number of innocent bystanders along the way, whether by nonchalantly blowing up an entire apartment building, sparking a major park fire or creating a catastrophic traffic crisis. And then there’s his basement, a horror chamber replete with instruments of torture and the corpses, once human beings, on which they were used.

Clearly, agent 10483 is a bad player. But has the Organization also been playing him, further priming his sociopathic tendencies with high-tech mind-modification treatments? However noble the initial mission of the Organization, there is no doubt it has become corrupt, with agent 10483 as prime evidence of its devolution.

Give Hezroni credit for keeping suspense high, despite the over-the-top mind-modification treatment subplot. His characters are one-dimensional, but there is no missing the message that not just agent 10483, but the Organization itself, has lost its soul. Whether you decide to read this as social commentary is for you to choose.

It’s hard not to speculate on the ways in which both these books reflect the self-questioning within Israel in recent decades — and the increasing questions posed to Israel by critics outside the country. Indeed, many of their characters put me in mind of the so-called Ugly American villains of past decades, but who now happen to be Israeli instead. At the same time, long-time readers of Israeli fiction in English translation are used to the underlying political and social themes — complex in their representation of Israel — present in the works of more “serious” literary authors like David Grossman, Amos Oz and A. B. Yehoshua. But that authorial list also includes Batya Gur, whose mysteries featured Michael Ohayon, a detective with outsider status as the Moroccan-born chief superintendent of the Jerusalem police that highlighted Israel’s class system and ethnic discrimination and the inner workings of closed groups, from the residents of a kibbutz to the members of a psychoanalytic institute.

As Margalit Fox pointed out in her 2005 New York Times obituary of Gur, the writer was “almost single-handedly responsible for making the detective novel a flourishing genre in Israeli letters.” More recently, D.A. Mishani has made a splash in Israel and America for his detective novels, among them “A Possibility of Violence,” which became the first detective novel to appear on the shortlist for Israel’s prestigious Sapir Prize. Stay tuned, then, for more Israeli noir, and its illumination and reflection of Israel today.