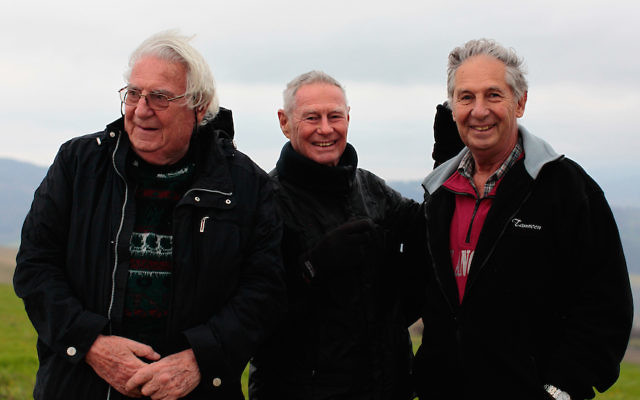 JTA — Renting a house in the Italian countryside and eating loads of pasta is about as blissful a vacation as they come.

For the three Anati brothers, however, such a trip is a reminder of the horrors of the Holocaust.

The Anatis were raised in an upper-class family in Florence. In 1942, just before the deportations of Florentine Jews to Auschwitz began, the family escaped the city. They fled from village to village and eventually settled in a forest near Villa a Sesta, a town some 50 miles from Florence. With the help of locals, their father dug a cave — and the family lived underground, literally, for several months during the winter of 1944 until the end of the war.

The family then moved to Israel, where the brothers have lived ever since.

“Shalom Italia,” an hourlong documentary directed by Tamar Tal Anati (Bubi’s daughter-in-law) airing Monday night on the PBS series “Point of View,” follows the brothers’ return to Italy in an attempt to find the cave and seek some closure about those dark years. The affable trio treks through the forest, meets with members of a family that helped them survive and, since this is Italy, eats plenty of pasta along the way.

The true joy of this sweet film, however, is the authentic camaraderie of the brothers and their cultivated passion for Italian culture. Bubi, who worked for years at Israel’s Weizmann Institute of Science, is the youngest and most earnest. He’s the guiding force behind the trip because locating the cave was something he had wanted to do for years.

Andrea, an oceanic physics researcher, is a whimsical goof — he frequently whistles, hums and introduces himself to strangers — in great physical shape for an octogenarian.

Emmanuel — his brothers affectionately call him “Meme” (pronounced “may-may”), and sometimes “Meme mio,” or “my Meme” — is an internationally renowned archaeologist. He is the most serious of the three and has no desire to relive his Holocaust memories, having long pushed them out of his mind. But Meme agrees to the trip to satisfy Bubi.

On screen, the brothers’ personalities don’t exactly clash — they do, however, lightly bump up against one another. They bicker over which room to eat dinner in, when to leave the rented house in the morning and which path to take to find the cave in the forest. But the banter is more endearing than whiny. One particularly humorous debate occurs over whether the brothers brought toy bows and arrows with them when they fled Florence — Andrea insists they did, Meme calls him ridiculous.

In spite of its charm, “Shalom Italia” does not glaze over the serious history underpinning the story. The film’s lighthearted tone goes hand in hand with the brothers’ ghosts from the war. They have interesting conversations about the nature of memory over mouthwatering meals, which include salami, mozzarella, tomatoes, prosciutto and pasta with pesto. 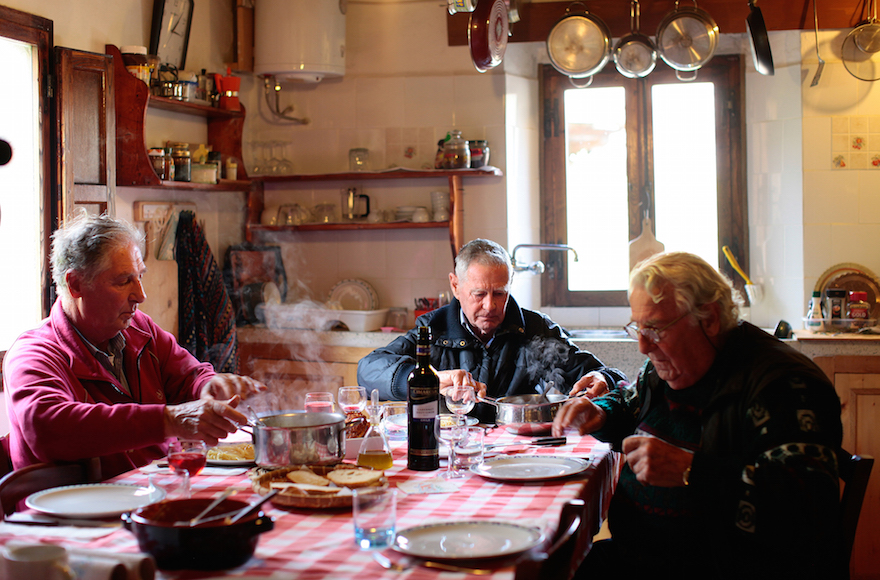 In one memorable scene, Andrea says he remembers their years on the run fondly — for him it was an adventurous time that brought together the entire family.

“We lived in the woods, played Robin Hood and collected mushrooms,” he says. “I had fun during the Holocaust.”

Meme ruffles at the remark, saying that while Andrea enjoyed his youth, he was forced to grow up quickly.

At another point, Bubi says he cannot eat or even get close to sardines. He realizes that he feels this way because the family ate sardines during the war.

Ultimately the film is a testament to how memories are filtered through our attitudes and experiences, even the desires of those around us.

“It was very interesting to see that when you confront someone else, your memory starts to change,” Tamar Tal Anati told JTA from her home in Tel Aviv. “[And] to see how memory reconstructs itself.”

Tal Anati had been married to Bubi’s son for years, but was not aware that her father-in-law and his brothers were Holocaust survivors. When Bubi told her about the planned trip to the Italian countryside — and she learned of the cave and the reason for the journey — she felt compelled to film it.

“I was fascinated by the fact that each one of them has a completely different memory of the same event,” she said. “And I was curious to see how they would deal with the physical and mental challenge of this journey.”

Tal Anati noted that for decades, the brothers did not even think of themselves as true Shoah survivors. But since the filming of “Shalom Italia,” which helped them reckon with the memories of that long-ago winter, they do now.

“Our character and the way we see life is the result of the memories we hold,” she said. “And once these memories change, we change.”