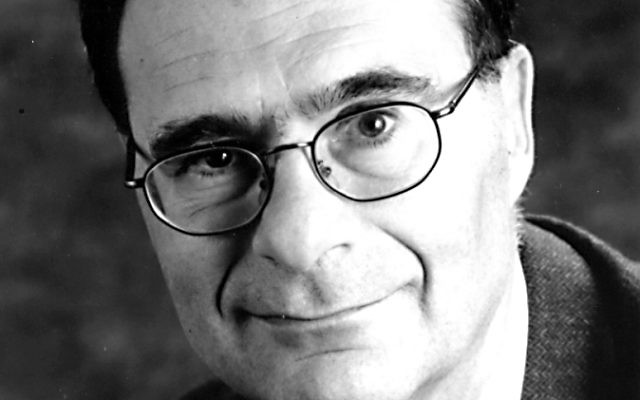 This the time of year when Jews invite ushpizin, guests from the Bible, into our sukkah. Many of us nowadays manufacture our own list of invitees — from the totality of time.

My list this year comes from characters I encountered while writing my recent book, “100 Great Jewish Books: Three Millennia of Jewish Conversation.” Here are three conversation partners I want to assemble, along with a question I’d put to each of them.

1: Puah Rakovsky (1865-1955) was raised in pre-modern Jewish Poland, married off as an adolescent and expected to do nothing but have and raise children. Instead, she educated herself, mastered a slew of languages, established a school for girls – and became a socialist and then a Zionist who (among other things), hobnobbed with Herzl, and translated Trotsky’s autobiography into Hebrew. Puah, I ask, “How did you manage to remain particularistically Jewish and universally human at the very same time?”

2: Solomon Maimon (1753-1800) married at 12, was ordained at 13, but left it all at 22, before spending 25 years as a self-professed heretic, intellectual seeker, and dissolute epicurean. He castigated traditional Jewish learning as “mind-killing” attempts “to create meaning where none existed,” and wrote a commentary to the philosophy of Emanuel Kant which Kant himself applauded as the best of its kind. He died before reaching 50, with no one at his bedside. Solomon, I ask, “In your thirst for universal wisdom, is it possible you overreacted to your painful childhood by altogether abandoning Judaism which might, actually, have had more meaning than you thought?”

3: Judah Halevi  (c. 1075-1141) was a passionate romantic, poet and philosopher. Halevi’s “Kuzari” is as lyric a masterpiece as philosophy can be. But Halevi was a racist. Prophecy, he claims, comes only to Jews, who are the heart of humanity; only in Israel, the geographical heart of the world; and only in Hebrew, the heart of the world’s languages. If Maimon became overly universal, Halevi remained overly particularistic. So Judah, I ask, “Are you willing to reconsider your position and grant that God speaks also through the records of other faiths?”

All three sukkah guests struggled to remain both particularly Jewish and universally human in a world where tribal, ethnic, national and religious boundaries were falling all around them: the enlightened Muslim empire (for Halevi); the Western-European Enlightenment (for Maimon) and the dawn of modernity in Eastern Europe (for Rakovsky). Halevi reveled in the sciences of his time and was equally conversant in Arabic and in Hebrew. But he could not get beyond the narrow view that ultimate truth comes only to Jews, only in a Jewish land, and only through the Jewish language. Maimon knew traditional Judaism through and through but found the Jewish world intolerably narrow and left it, only to die alone without a people to call his own. Rakovsky too exchanged the narrowness of the ghetto for a modern education and consciousness, but managed to nurture both the internal and external sides of her personality: as a Jew, she championed Zionism and a Jewish state; as a universal woman of the world, she held out socialist hope for a society that would nurture all humanity.

I want to engage these three worthies in conversation because the particularist-universalist debate is again the topic of the moment. We read every day how young Jews identify with world causes but not the synagogue or Jewish community, because (like Maimon) they have found their Jewish education to be “mind-killing” attempts “to create meaning where none existed.” But simultaneously, Birthright trips to Israel, for example, reveal the limitless depths of experiencing the world as a Jew. Without meaningful Jewish peoplehood, we will not remain Jewish for long; without a transcendent reason for Jewish survival, it is unlikely that many will want to. As for the world, healthy Jewish identity produces Jews who are grateful for freedom and contribute mightily to society at large.

Every day this week, we make liturgical hakafot, encirclements of the synagogue, while reciting poetry that reflects past instances where God has come to our aid, and then we say, “Hosha-na!” (“Save us!).” But save us for what? The very first such poem for the week concludes with Psalm 89:3, “olam chesed yibaneh” (“Your steadfast love is confirmed forever”).  However, olam (“forever”), can also mean “world.” Chesed (“steadfast love”) is usually rendered “kindness.” And yibaneh literally means, “will be built.” On that reading, the whole point of being saved is so that “a world of kindness will be built.”

We need to sustain the Jewish people — not just for its own sake, but to dedicate ourselves to construct a world of kindness. Toward that end, O God, hosha-na. “Save us indeed!”

Rabbi Lawrence A. Hoffman,  co-founder of Synagogue 3000, and professor of Liturgy, Worship and Ritual at Hebrew Union College-Jewish Institute of Religion, is the author of  “All These Vows – Kol Nidre” (Jewish Lights).