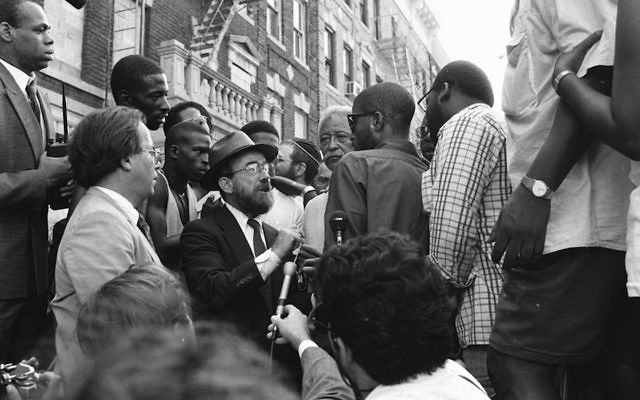 It was a beautiful sunny afternoon in Brooklyn on Sunday, when all of Crown Heights came together for “One Crown Heights,” a day of music, entertainment, rides and activities for children and community conversation.

The peaceful and joyous nature of the day, with the full diversity of the community on display, stood in contrast to the events of 30 years before. For three days in 1991, starting Aug. 19 in the aftermath of a terrible car accident that killed little Gavin Cato, a child of Caribbean descent who lived in Crown Heights, the neighborhood was shaken by a riot, instigated by outside agitators and directed against the Jewish community. An out of control mob murdered Yankel Rosenbaum, a yeshiva student.

Over the years since 1991, Black and Jewish leaders, including Rabbi Chanina Sperlin of the Crown Heights Jewish Community Council and the late Reverend Clarence Norman, met regularly to anticipate problems and establish a framework to diffuse potential tensions. In time, their efforts developed into “One Crown Heights,” an effort that set out to change the media narrative about their neighborhood from “racially tense” – as evening news reports always described it — to a community that teaches unity to the entire city and beyond.

Their work has some important lessons for the broader community in these times of racial turmoil.

Above all it is about the responsibility of leaders – elected officials and religious and community leaders. In 1991, jealousy, resentment, or political considerations allowed certain people, from inside the community as well as outside, to use words that exploited neighborhood tensions and incited violence.

Too often, in today’s political climate, we see people defined by their membership in certain racial, religious or economic classes. In Crown Heights we have found a way to come together and have conversations about difficult issues, such as policing, gun violence, changing neighborhoods and cultural differences. We walk away with a better perspective about another’s viewpoint – or find out that we agree and share the same concerns.

And it works with children too. Before the pandemic, there was a series of hate crimes directed at Orthodox Jews in our neighborhood and others. My close friend, Geoffrey Davis, founder of the James E. Davis Stop Violence Foundation, came to my office. “What are we going to do about it?” he asked. Many of the incidents involved young people, so I suggested, “Let’s go talk to the kids and see what’s going on.”

With the help of the Mayor’s Office, Geoffrey and I visited half a dozen public schools. In each we went onstage with six or eight children and held a public conversation in front of a couple of hundred of their fellow students. We spoke about differences, about violence, about causes for resentment. In one school a young student started crying as she told of bullying and other suffering that she had endured and that she felt was a cause for other young people to act out. The school guidance counselors told us that it was the first time this troubled child had opened up. 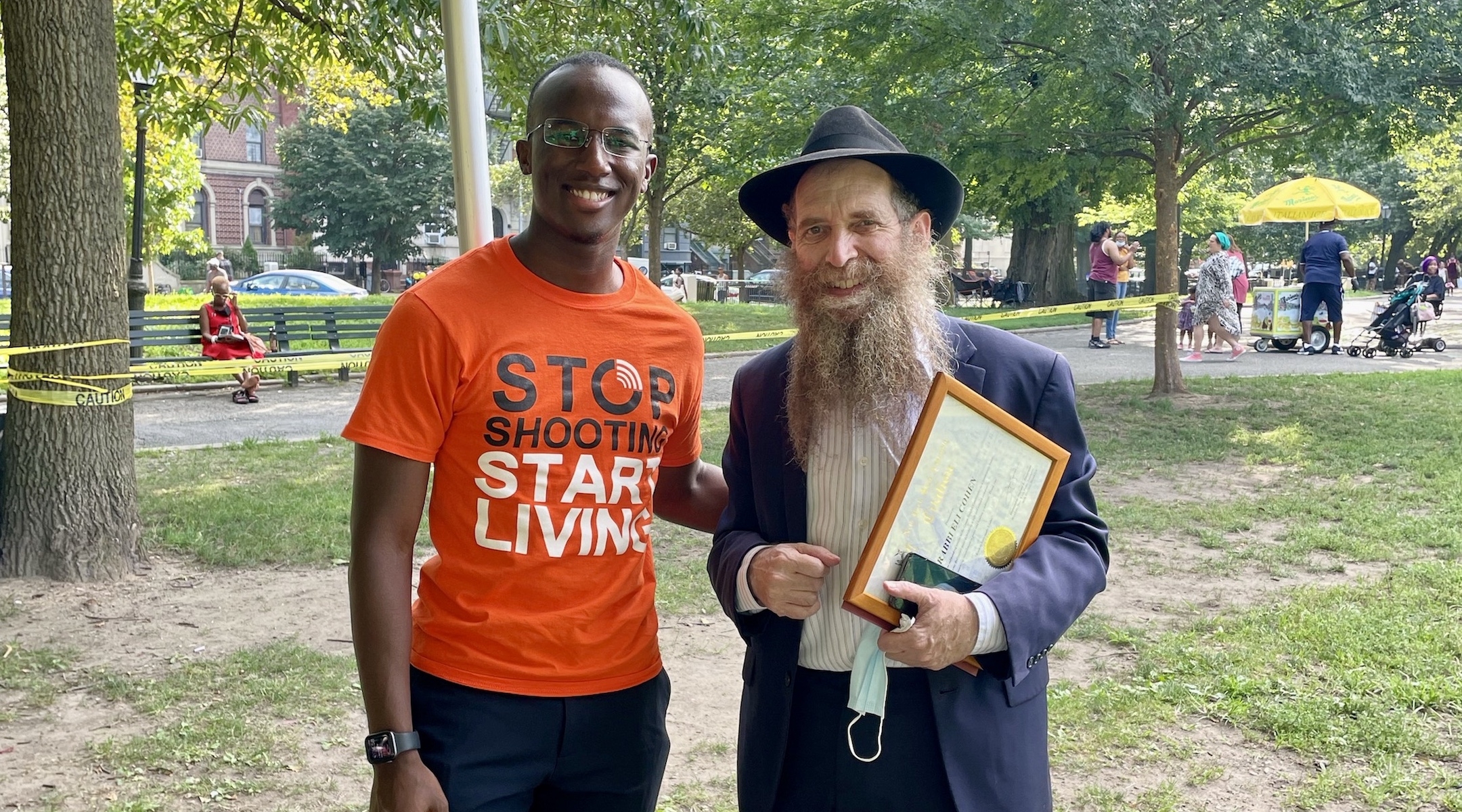 Then Geoffrey published “Love Yourself Love Each Other,” a children’s book. Based on his interaction with the Lubavitcher Rebbe, it describes a key lesson that the Rebbe had taught him and his brother James (later to become a city councilman) and how that inspired much of their work against violence. Davis asked me to join him in reading his book at a pre-school in predominantly Caribbean East Flatbush.

When we sat in a circle on the carpet with the three-year-olds, one of the little girls pointed at me — in my Hasidic black hat and long beard — and said, “I’m scared of you.” After we read, with me playing the part of the Rebbe, the girl stroked the sleeve of my jacket and said, “I’m not scared any more.”

None of that trust or understanding was visible on those three awful days in 1991.

But in 2021, it was all smiles as children, Black and white, Jewish and non-Jewish, bounced on inflatable rides, did arts and crafts, and enjoyed Hasidic music and a steel pan band.

Most striking was the diverse array of the groups working together – Crown Heights Youth Collective and Crown Heights Jewish Community Council, the Brooklyn Children’s Museum and the Jewish Children’s Museum. Police Community Affairs officers and the cure violence group, Neighbors in Action. Richard Green, of the Crown Heights Youth Collective, embraced the musician and educator David Lazerson as they each received an award. Thirty years ago, they had responded to the riots by helping kids play basketball together and enjoy Lazerson’s interracial band – Dr Laz and the Cure.

On stage, Rabbi Bob Kaplan of the Jewish Community Relations Council of NY asked the crowd to pause and remember the losses of 1991. We didn’t and couldn’t ignore the pain of those injured in the riot, nor the trauma of the survivors. Anti-Semitism is still a recurring phenomenon. Racism is a reality. Unity is fragile.

But this past Sunday’s event was another step forward in promoting understanding and good relations in our community. Hopefully there will be many more opportunities going forward.

Rabbi Eli Cohen is the Executive Director of Crown Heights Jewish Community Council, and one of the coordinators of One Crown Heights.