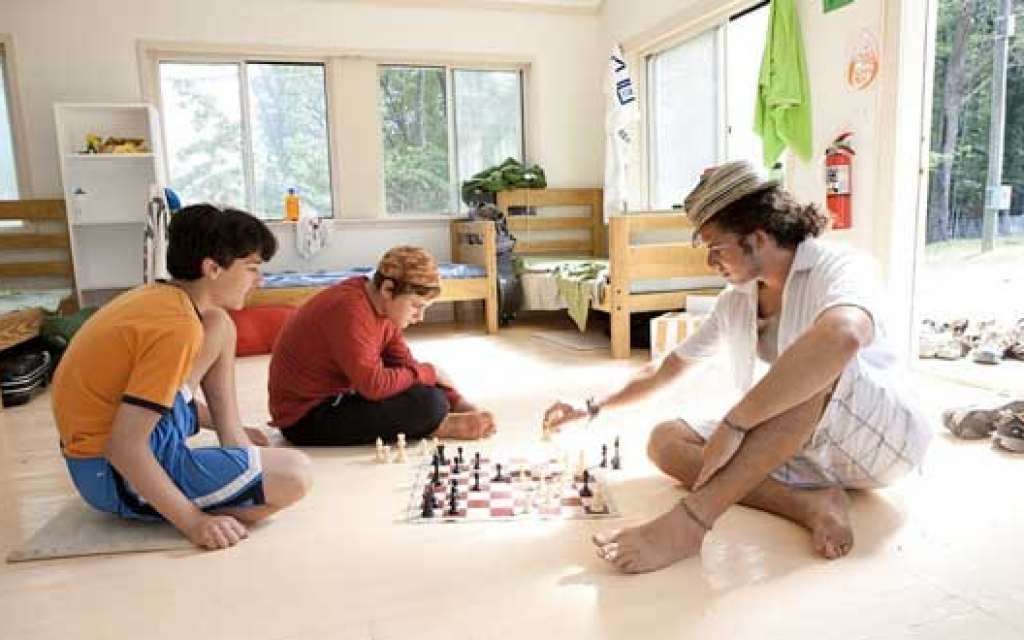 As Jewish summer camps across the country reckon with LGBTQ inclusion, one upstate New York camp is bucking the gender-binary tradition completely.

Eden Village Camp, a sleep-away farm camp in Putnam Valley, N.Y., known for its “farm-to-table” mission, is rolling out the first-ever “all-gender” bunk this summer, to accommodate gender non-conforming campers as well as “allies” — cisgender campers who opt-in to the all-gender bunk.

“More and more campers and staff were saying ‘the gender binary is not working for me,’” said Yoni Stadlin, director and founder of Eden Village Camp. While “many adults are entrenched in their understanding of the binary,” young people are increasingly aware that “there are not ‘just’ boys and ‘just’ girls,” he said. “The goal is to normalize this.”

More and more campers and staff were saying ‘the gender binary is not working for me.’

Eden Village Camp, alongside Camp Tawonga, a Jewish summer camp in
Northern California, are the first Jewish camps to provide such an
option. The introduction comes as camps across the country come to
terms with an increasing number of campers who identify as LGBTQ or
gender-fluid. Camp Ga’avah, a Jewish day camp housed by a Long Island JCC, caters specifically to Jewish LGBTQ campers. After a one-
week pilot last summer, the initiative — for campers ages 6 to 17 — will
run for four weeks this year.

“Every parent has a story about how camp [Ga’avah] changed their
child,” said Ellen Diamond, the camp’s director. Diamond — herself the
parent to a 20-year-old transgender son — is passionate about expanding
options for LGBTQ youth in the Jewish community. Camp Ga’avah
offers all gender bathrooms and changing areas; as soon as campers
arrive, they are given name tags to specify their preferred gender
pronouns. The camp is primarily staffed by queer-identifying
counselors. 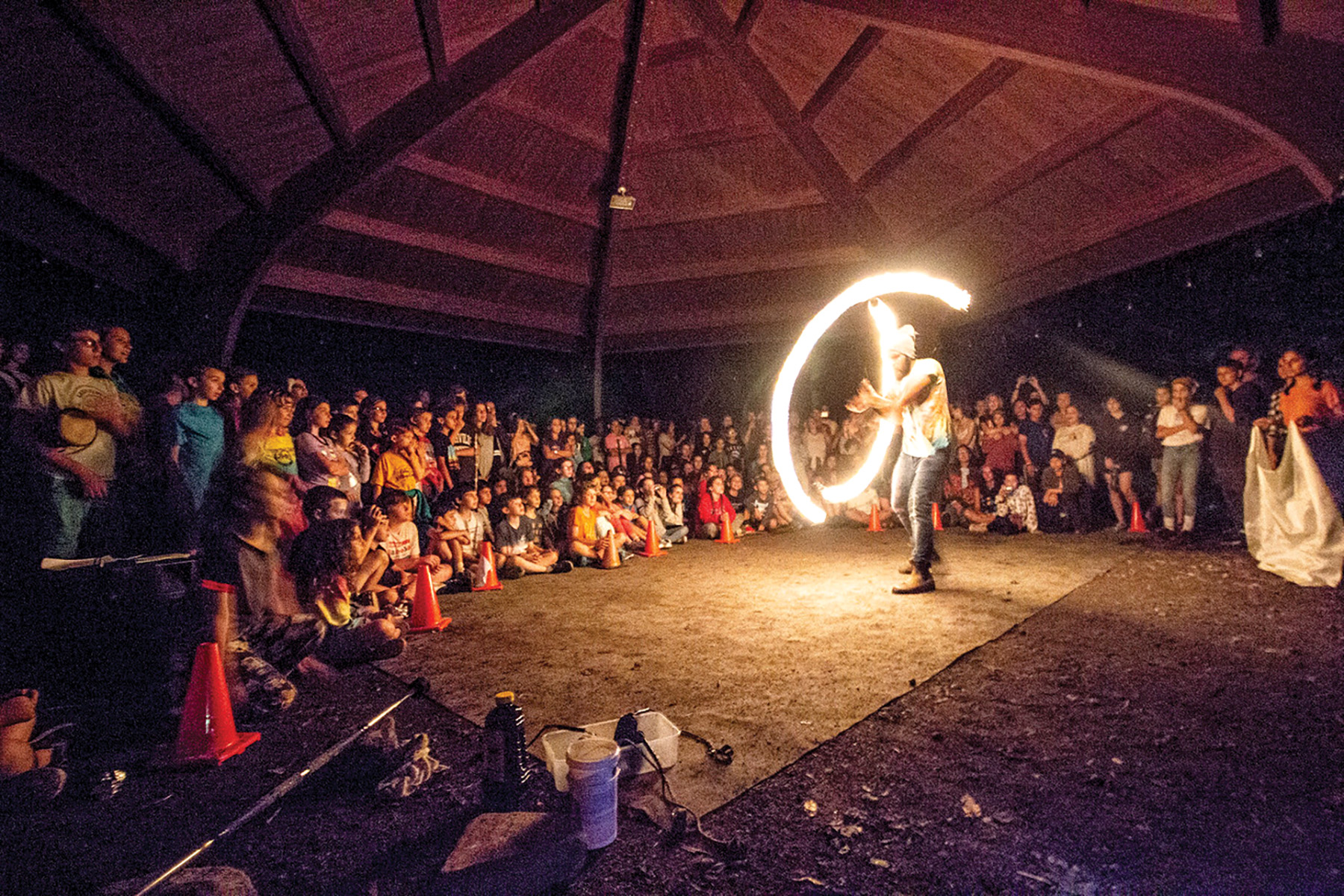 Like Eden Village Camp — which received a substantial grant from UJA-
Federation of New York to support the development and implementation
of the first all-gender bunk — Camp Ga’avah has received “generous”
financial support from UJA-Federation, said Diamond. (She declined to
specify exact amounts.)

“These campers will know that Judaism accepts them,” said Diamond.
With nearly 20 campers enrolled this year, Ga’avah has already doubled
its numbers since last summer. “Our numbers will keep going up,”
Diamond said.

While a growing number of camps, like Camp Ga’avah, cater
exclusively to LGBTQ campers, the introduction of an all-gender option
within a more traditional camp setting is an innovation, and may set a
precedent for camps going forward, said Stadlin.

At the bucolic camp grounds in upstate New York, Eden Village Camp’s
experimental bunk will extend beyond the four cabin walls:
Conversation circles, a Saturday camp activity that had previously split
male and female campers, will now include a “genderful” circle, for
gender non-conforming campers and allies who opt-in. And bathroom
facilities across camp will provide all-gender options. 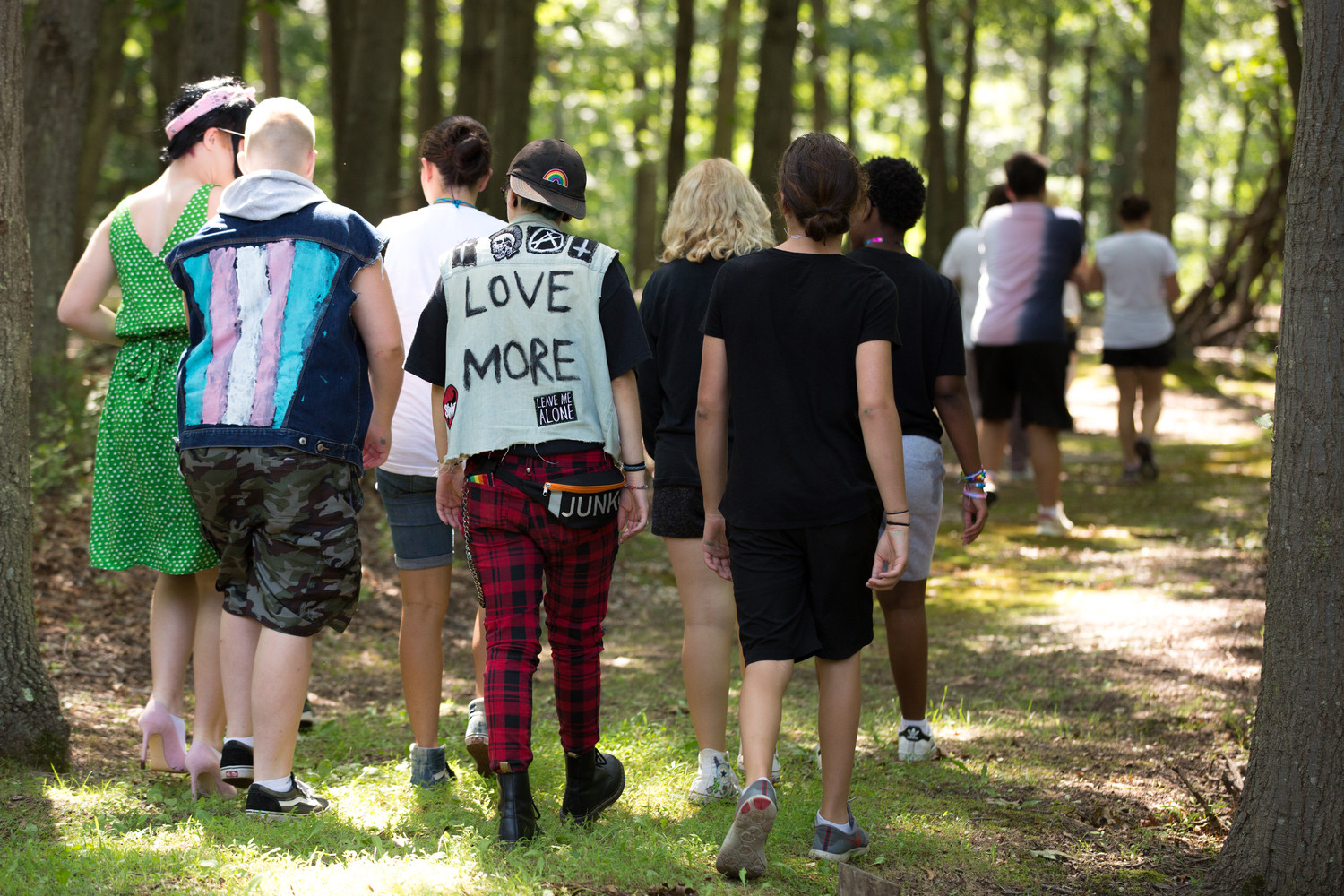 “The main concern I hear from parents is ‘but what if boys and girls in
the same bunk kiss,’” said Stadlin, 40. This “knee-jerk” response shows
that “most of us are still stuck in a heterosexual mindset,” he said,
pointing out that the same concern should apply equally to gay boys in
an all-male bunk. “There’s nothing intrinsically sexual about all genders
in one bunk.”

There’s no reason this should be radical.

That notion is underscored by a strict policy precluding any romantic
relationships between campers in the all-gender bunk. The all-gender
bunk will also be equipped with private changing rooms that campers
can choose to use.

“This new option might seem shocking because it is different,” said
Stadlin, recalling the ‘no boys in a girls bunk’ rule of his camper days.
“But there’s no reason this should be radical.”

The new housing option, which will welcome six campers entering
eighth and ninth grades, does not mean the end of single-sex cabins, said
Stadlin.

“We are not disbanding gendered bunks,” said Stadlin, who said single-
sex bunks can serve a unique purpose, including “modeling healthy
masculinity for boys.”

Zosia Zaks, the parent to two Eden Village Camp campers, is looking forward to his 14-year-old’s enrollment in the all-gender bunk this summer.

Zaks, who himself identifies as transgender, said his child is “on her
own gender journey” and hasn’t decided yet what gender feels most
fitting. The all-gender bunk gives his teen the “opportunity to continue
exploring.”

“I told the camp director ‘you will save someone’s life someday by
doing this,’” said Zaks, 50, who recalled his own conflicted experience
at a Jewish sleepaway camp several decades ago. Then, he was in the
girls bunk across the lake from the boys bunk. “I remember thinking ‘I
should be over there,’ but there was no language then,” he said.

Now, to see his child with an opportunity like this feels “larger than
life.” “Even if my child had no questions about their gender, we would
want to support the bunk as allies.” 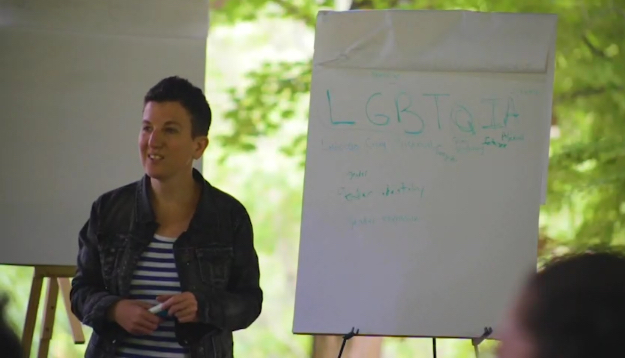 Ariel Vegosen, the 39-year-old founder of Shine, a company that trains
and consults with organizations around gender inclusion, worked
extensively with the staff at Eden Village Camp in the months leading up to summer 2019. It is the first Jewish camp to employ her services, she
said.

“We see this as a pilot for the broader Jewish world,” said Vegosen, who
draws on personal experience for her consulting work. Vegosen
identifies as gender queer and grew up in the Jewish community.

“The Jewish community is finally stepping up,” said Vegosen, who
recalls spending “years” fighting to be part of the community. “Now,
camps and other organizations are saying ‘we want you here.’ But most
people have no idea what that means.”

Yes, boys and girls may fall in love at camp. But so might girls and girls. And boys and boys.

Educating about gender inclusion means starting with the basics,
Vegosen said, including vocabulary workshops (“I see a lot of confusion
about the term ‘cis-gender’ and about who the trans community is,”
Vegosen said.)

Concerns about unintended relationship that could come from the all-
gender bunk belies a “deep misconception” about what gender means,
said Vegosen.

“So many well-meaning people, even those who consider themselves
allies, are stuck in a binary way of thinking,” Vegosen said. “Yes, boys
and girls may fall in love at camp. But so might girls and girls. And boys
and boys. And, of course, those who fall outside either of those rigid
categories,” Vegosen said. “It’s time to start stepping outside what our
culture has, for so long, defined as ‘normal.’ Camp is a good place to
start.”