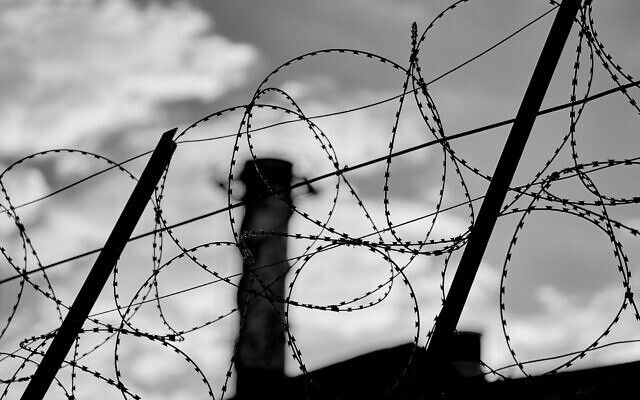 Right now, Jews across the country are preparing to celebrate the first seder and retell the tale of Exodus: how in the face of injustice, the Israelites won their freedom from an oppressive rule. This year, it is impossible to tell the story and not see the parallels with our present day United States. Tonight — and on every night — we must not look away. Here’s the plain truth.

Our government has willfully recast itself in the image of Pharaoh. The innocent have been imprisoned, put to work, and persecuted. Immigration, Customs, and Enforcement (ICE) has taken on the role of today’s Egyptian overseer.

At any given moment, thousands of immigrants are locked up just because they can’t afford the bond — ransom — that a judge has determined their life is worth. Even during normal times, detention facilities are hot spots for infectious disease outbreaks. They are crowded, unsanitary, and lack access to proper medical care.

During the Covid-19 pandemic, these centers have become a public health crisis. As of this week, at least 19 detainees and 11 detention facility employees across 13 detention centers have tested positive for Covid-19. Given the lack of mass testing, the real numbers are almost certainly far higher. As millions of us shelter in place from coast to coast, detainees are left with zero control of their fate. They wait in fear of dying in prison, separated from their families.

The Torah tells us that Pharaoh’s success in enslaving the Israelites required rewriting history through a propaganda campaign of fear-based lies, recasting the Israelites in the public imagination as a threat. President Trump has done the very same thing. As Jews, we are well acquainted with this country’s capacity for xenophobia. Scorn for peoples of color and later arrivals to American shores are nothing new to this moment, and the detention of immigrants and asylum seekers has always been a gross injustice. But with Covid-19 spreading, keeping people penned up while the rest of the country is urged to maintain “social distancing” is nothing short of inhumane.

Passover teaches us the importance of freedom. We remind ourselves that we were once in bondage, oppressed for our ethnicity and religion. We learn from our own history that freedom is a fundamental human right — yet never to be taken for granted.

As we prepare to celebrate tonight, then, it is our duty to channel Moses and demand of ICE: “Let my people go.” The human beings being detained deserve freedom and must be released immediately. The conditions in which they are held sets detainees up to contract Covid-19 as surely as the Egyptians were set up to meet tragedy on the night of the final plague.

Until ICE discovers its humanity, bond funds are the most effective way to immediately free people from detention. Since 2016, my synagogue, Congregation Beit Simchat Torah, has been an active part of the New Sanctuary Coalition, a New York-based, multi-faith, immigrant-led organization that supports and empowers those navigating the immigration system. For nearly a year we have offered a weekly legal clinic for immigrants and asylum seekers, and we have raised more than $30,000 through CBST’s bail fund. Three years ago that would have been enough to free 20 people. Now, as the price of freedom has cruelly risen, we’re lucky if it’s three.

That’s why we are proud to support the Let My People Go campaign, a Jewish-led bond fund effort organized by New Sanctuary, Never Again Action, Jews for Racial & Economic Justice, and Brooklyn Community Bail Fund, intended to free as many detainees as possible. Over the past month, nearly 2,000 individuals and more than 20 congregations and organizations have helped them raise more than $180,000.

In just a single month, these funds have helped free 30 people from detention at a total cost of $372,000. But there are many more bond-eligible detainees at an elevated risk of dying from Covid-19, waiting for the funds to set them free. It will cost many more tens of thousands of dollars to reunite them with their families and get them out of harm’s way.

Let us not forget that as we sit down to enjoy our seder meal — and do our small part to free them all.