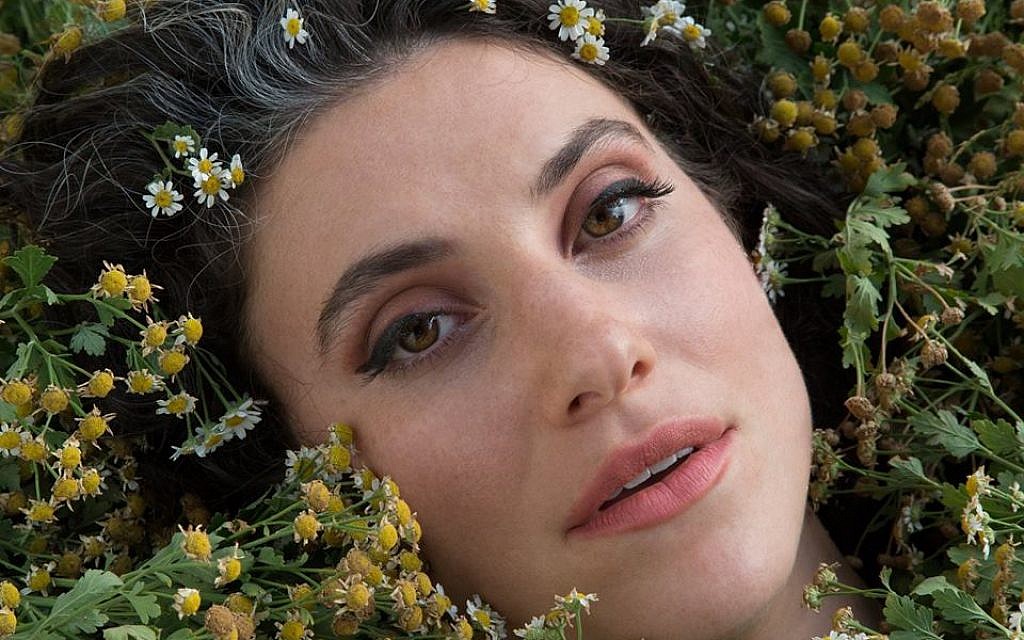 Taali hopes to inspire with her album "I Am Here" and her label: Rainbow Blonde Records. Courtesy of McCabe Gregg

Talia Billig had been writing songs for other artists for a long time when a friend heard one of her arrangements and encouraged her to release it as her own song. That became one of the standout tracks on Taali’s (her nom de guerre) debut album.

“This was during the Harvey Weinstein scandal and I went home and started to write these lyrics in the second person to myself,” Taali told The Jewish Week. “It gave me the space to speak out about a trauma I had. It leans on Yom Kippur themes like beating your breast and bowing your head almost to apologize to yourself. It’s a song about empowerment.”

The result is “Hear You Now,” one of the title tracks on her newly released album, “I Am Here” (Rainbow Blonde Records). She will perform some of the songs from the album at a release show this Thursday at Le Poisson Rouge in Downtown Manhattan.

A native New Yorker, the 30-year-old moved to Los Angeles for two years before coming back to New York City where she honed her craft performing at such venues as Rockwood Music Hall and Joe’s Pub. In her Orchard Street apartment, she would invite fellow musicians to collaborate in sessions she then posted on YouTube.

On the album, “Hope of My Own” is an unforgettable song that makes use of her skillful trills and catchy hooks. She says the song is about finding peace with people who sought to brand her and the types of messages she sough to express in her music.

“I’ve had every request thrown at me of how I should run my career,” she said. 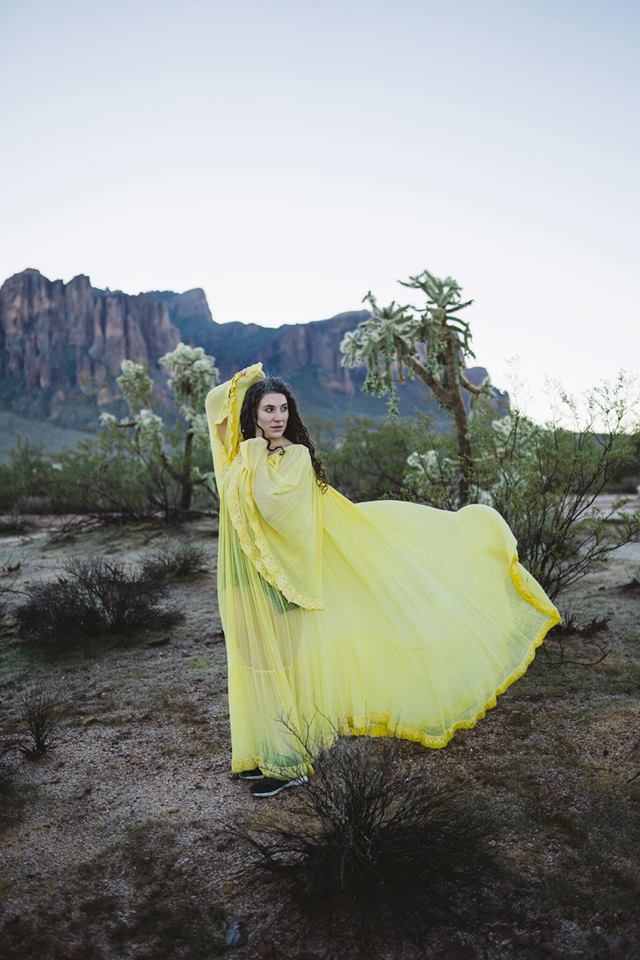 Taali’s flowing vocals will be showcased at Le Poisson Rouge on April 4. Courtesy of Karston Tannis

She describes this album as Contemporary Jewish Pop, rooted in “our harmony, our culture and our ethos” with soft background music. Some of the lyrics are based on stories passed down through the generations. In“For Mihal” she includes a nod to this, retelling the story of her great-great-grandmother, who was murdered by the Nazis, as told by her grandmother, Hemda.

With the current state of political and social disunity, Taali used this album to reflect on the past and present hope for a more colorful future.

“I was feeling really powerless in that what I do as a songwriter is trivial in comparison to what’s going on in the world,” she said. “But then I leaned on my lineage and felt the power coursing through my veins. I had a conversation with my grandmother and I never heard that story before. It’s wild. I couldn’t not include it on the album. I wanted to remind myself that Mihal’s blood is in my body.”

Taali’s parents walked down the aisle to “Erev Shel Shoshanim” (a classic Hebrew love song from the 1960s) and here she includes a soulful rendition that doesn’t need much besides her voice.

She said her parents were always supportive of her art, recalling how her father gave her a journal with a note that said “Talia, with respect to your writing.”

The album begins with “Release” a short Hebrew prayer she heard from Rabbi Susan Goldberg at her synagogue in Los Angeles.

More tracks cover Jewish prayer melodies and songs from the Israeli music canon. You’ll hear a wordless chant of “Shalom Aleichem” titled “Peace be Upon You” as well as a faint chorus of “Kol Haolam Kulo” in the intro to “Right Sized.”

“This is a little slice of my Jewish identity,” she said.

Taali wrote, arranged and produced the songs under Rainbow Blonde Records, the label she co-founded with singer Jose James. She had previously joined him on tour for a few years.

“He’s my co-founder, my creative partner, my life partner and it’s been a really powerful experience,” she said. “We’ve been through so much.”

With nearly 18,000 followers on Instagram, Taali hopes her music will empower others and inspire people to heal and be more open.

Separately, her trademark curly locks earned her a brand sponsorship for Devacurl, which makes hair products geared towards the curl community.

Overall, she says things have straightened out for her quite nicely.

“I’ve learned a lot and made some mistakes over the last decade,” Taali said. “But now I’m a lot closer to where I want to be.”