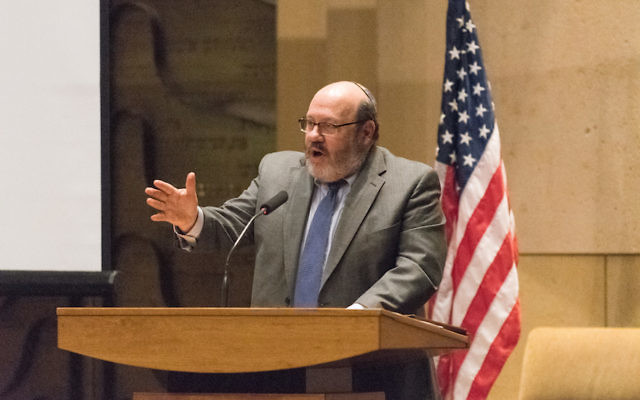 Morris Allen, the rabbi of the Conservative Beth Jacob Congregation in Minnesota, believes he was included on the list because of his opposition to the Chief Rabbinate. (Courtesy of the Masorti Foundation)

NEW YORK (JTA) — In 2012, Rabbi Jason Herman wrote a letter to Israel’s Chief Rabbinate certifying that a friend of his who wished to get married was Jewish and single.

The letter was declared invalid.

But several months later Herman, spiritual leader of the Orthodox West Side Jewish Center in Manhattan, obtained a license from the Chief Rabbinate to conduct that wedding in Israel — and did so, legally, with no problem.

Herman’s case illustrates the bureaucratic confusion that has accompanied the publishing of the Chief Rabbinate’s so-called “blacklist,” including  some 160 rabbis from 24 countries whose letters confirming the Jewish identities of immigrants were rejected by the Chief Rabbinate in 2016. The list contains the names of 78 North American rabbis from all three major denominations, and its publication last week has led to outrage, defiance and lots of head-scratching.

Itim, the Israeli organization that obtained the list from the Chief Rabbinate, calls it a blacklist meant to delegitimize rabbis who do not meet the rabbinate’s cryptic standards. The rabbinate claims the list is more innocuous and not meant to impugn the rabbis’ reputations. Rather, according to the rabbinate’s director-general, Moshe Dagan, the problem was with the letters sent by the rabbis, not the rabbis themselves.

But a handful of rabbis on the list told JTA that they had never heard of any problems with their letters. None had received calls from the rabbinate in 2016, the year their letters were ostensibly rejected. And some wondered why, if the rabbis’ credentials were not at issue, the list was solely of rabbis’ names.

“If there is a problem, and the rabbinate is dealing with so many of these letters, isn’t it their responsibility to share with rabbis in the Diaspora what they’re looking for, how they expect the letter to be written?” asked Rabbi Avi Weiss, a liberal Orthodox rabbi from Riverdale, New York, whose name is on the list. “This is not about documentation. This is about a blacklist.”

The rabbinate is the only body authorized to conduct Jewish marriages in Israel. Rabbinate spokesman Kobi Alter said every immigrant who wishes to wed must provide a proof-of-Judaism letter from a rabbi, as well as their parents’ Jewish marriage certificate, called a ketubah.

Alter told JTA that the list indicated errors in documents sent in 2016, not problems with the rabbis. He declined to discuss the cases of specific rabbis, but said one letter was dated 2016 when the rabbi in question died in 2012. In another case, only one witness had signed the ketubah rather than the two required by Jewish law.

Alter said the list should not have been published with the rabbis’ names, and referred to a letter Sunday from the office of Chief Rabbi David Lau  apologizing for its publication.

Alter added that some rabbis on the list had submitted several letters in 2016. If all were accepted except for one, the rabbi still made the list. Alter said the rabbis should feel free to contact the rabbinate to ask why their names appeared on the list.

Herman told JTA that in 2013, he did speak with Rabbi Itamar Tubul, the bureaucrat who alone approves or rejects every letter. Tubul asked him a few basic questions — whether his synagogue was Orthodox (yes), whether it had a barrier dividing men and women (yes), where he received his rabbinic ordination (Yeshivat Chovevei Torah, a liberal Orthodox seminary founded by Weiss) — and thanked him for his time.

Herman found out his letter was rejected only when his friend, the bride to be, called him in tears with the news.

But that didn’t stop Herman from being able to conduct the wedding with a license from the Chief Rabbinate — approved by someone other than Tubul.

Several rabbis on the list said the problem is a lack of transparency. Tubul’s office has no set criteria for judging whether a rabbi is authorized to write a proof-of-Judaism letter. In December, the rabbinate announced it was drafting criteria, a process that’s ongoing. What that means is that some rabbis have written letters that were approved by the rabbinate in the past, only to find their names on the list this week. 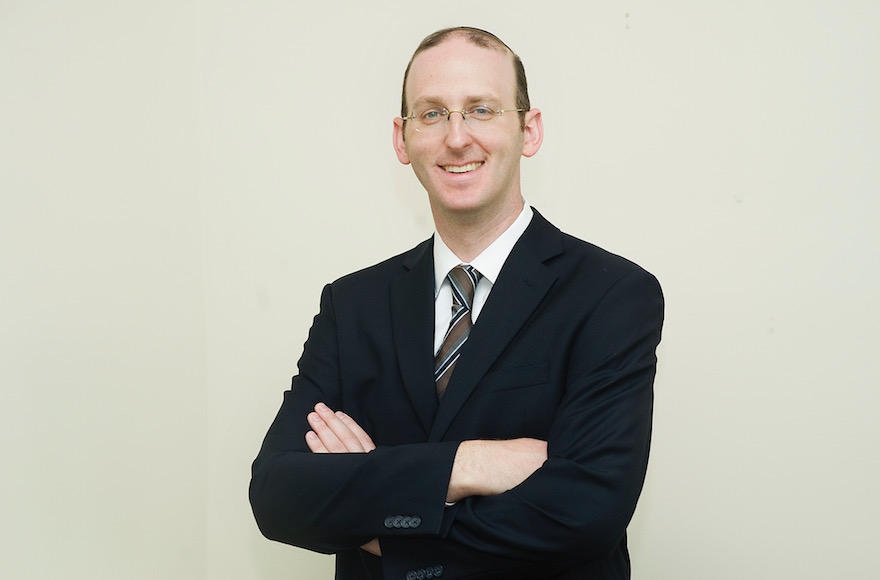 Rabbi Adam Scheier, a past president of the Montreal Board of Rabbis, is one of the Orthodox rabbis on the Chief Rabbinate’s list. (Graham Hughes)

“I’ve never gotten anything in response saying, ‘There’s a problem with this letter for this particular person,’” said Rabbi David Seed of the Conservative Adath Israel Congregation in Toronto. “If there were, maybe I could find out more information. I’ve never received anything.”

Sometimes the letters in question aren’t even written for the rabbinate. Rather they are written to certify that someone is Jewish for the purposes of immigration to Israel, and then forwarded to the rabbinate once the immigrant wants to marry. That’s why some of the rabbis — including rabbis who died a few years ago — appear on the list even though they did not write any letters in 2016.

Rabbis told JTA that their process for writing immigration letters is straightforward. Often the person they are certifying is a congregant or close acquaintance. The letter simply states that the prospective immigrant is Jewish, born to a Jewish mother and a member of their local synagogue.

Allen and Herman believe they were put on the list not because of an error in the letters but because of their rabbinic backgrounds and careers. Herman’s seminary is not recognized by Orthodox rabbis on the right wing of the movement, while Allen angered some traditional kosher supervision agencies when he founded Magen Tzedek, an effort to bring ethical standards to kashrut. He is also a vocal opponent of the rabbinate.

“I believe I was probably included on this list because of my work as a rabbi on behalf of the Jewish people,” Allen said. “I have been a passionate defender of pluralism in Israel, and I am not quiet about my belief that the Chief Rabbinate needs to be dissolved.”

The rabbinate’s criteria for marriage are stricter than those for Israeli citizenship. While people with only one Jewish grandparent may gain automatic citizenship in Israel, one must be Jewish according to Orthodox interpretations of Jewish law, or halachah, to register for marriage with the rabbinate. The rabbinate controls all Jewish marriage in the country.

The Chicago Rabbinical Council, an Orthodox body that provides a service writing proof-of-Judaism letters to the rabbinate, requires applicants to provide statements from two acquaintances attesting to their Jewish identity. It also asks applicants to list their parents, grandparents and great-grandmothers. Applicants must also sign a sworn statement that they are single.

The rabbis who spoke to JTA acknowledge that it’s possible that a letter they wrote several years ago for immigration purposes was sent to the rabbinate last year and rejected without their knowledge. But they all wondered, if the problem was with the documentation and not with them, why the rabbinate never reached out to them to clear up errors in the letter.

“The only conclusion I can reach is: If a congregant of mine was rejected, it was because of me and not because of the case particulars,” Adam Scheier, a past president of the Montreal Board of Rabbis, wrote in an email Wednesday to JTA. “If that’s not the definition of a blacklist, then I don’t know what is.”