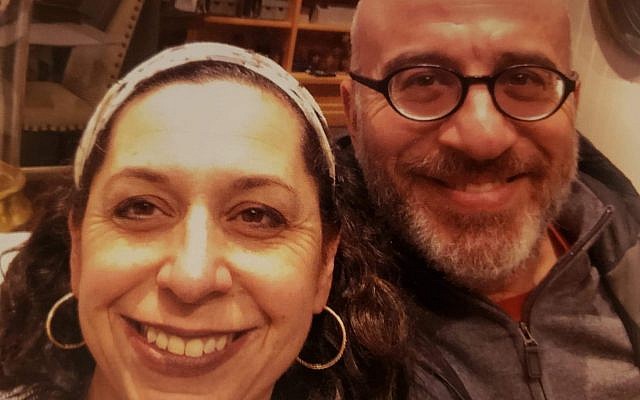 A number of years ago, I was involved in media training. The only thing I remember (other than to wear a red tie on television) was that after listening to a question, one can reject the premise of the question. In other words, just because something has been posed with factual assumptions, one doesn’t need to respond based on those assumptions.
This came back to me recently after reading an article in the Five Towns Jewish Times in which the authors advocated that for those Orthodox publications that refused to show women in advertisements, the advertisers should erase the men as well. The authors acknowledge that this is not the ideal situation, but that it is better than the alternative of showing men without women, such as in an advertisement for a school dinner.
At first blush, this seems equitable. If we can’t show women in advertisements, don’t show men either.
However, going back to my media training, I reject the very premise on which this argument is based.

The premise is that we must advertise in publications that will not show women. Or, conversely, that we must accept into non-Chareidi publications advertisements that show men, but not women. In a way, it is a tacit admission that we have to play the game according to Chareidi rules, even if we are not Chareidi.

I fundamentally reject this premise. I do not speak for the Chareidi community. They are entitled to whatever rules they choose to use in governing their community. I respect that. I am not advocating that they change their beliefs. It is their choice. But it is equally our choice in the Modern and Centrist Orthodox communities to reject those rules as being inimical to our values as Torah loving Jews who respect and treat men and women as equal members of our community. There is nothing inappropriate about an advertisement for a shul dinner that shows a couple that has given to their community. There is nothing inappropriate about a flyer for a learning program that shows female Torah scholars.

In fact, it is just the opposite. It is inappropriate to hide the Torah scholars or the women who have contributed to the community. What message are we sending to our daughters and sons that women must be hidden when engaging in the teaching of Torah or service to the community?

So rather than erasing the men along with the women – which is an implicit acknowledgment that women must be hidden – we should adamantly let our institutions know that if they can’t include pictures of women in advertisements due to publication rules, our institutions should not be advertising in that forum. And if a business or institution attempts to place an advertisement that erases women in a non-Chareidi publication, we should encourage that publication to reject it. We should be supporting those institutions and publications that won’t kowtow to ideas that are inconsistent with our values and withholding our financial support from those that do not. And we should let them know – both positively and negatively – when we make those choices.

We should be rejecting the premise that women must be hidden.

Jeffrey N. Wasserstein is an attorney in Washington, DC.