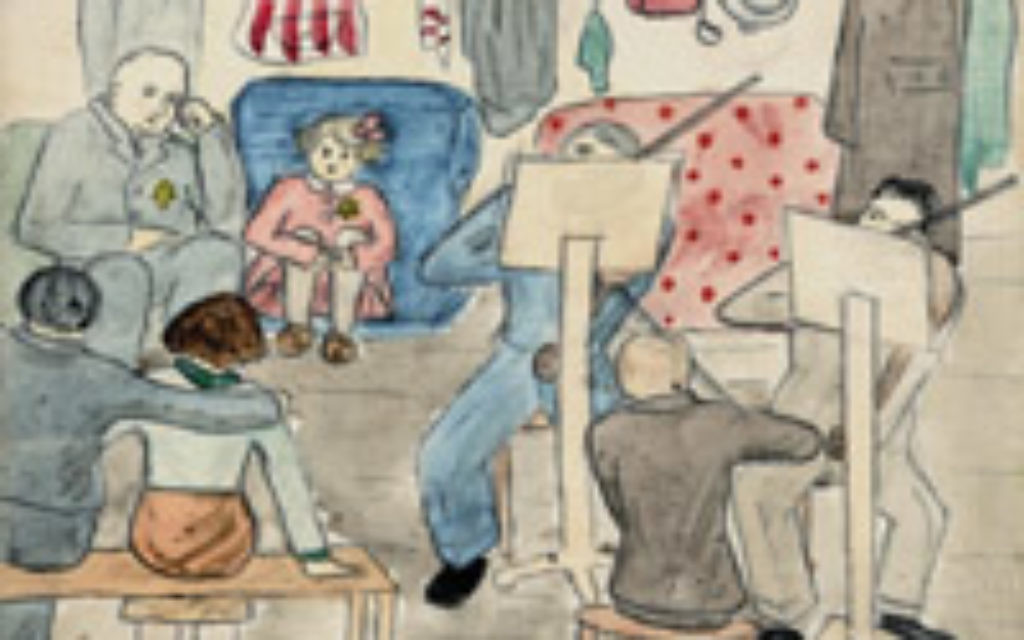 When the 92nd Street Y launches its ambitious five-week-long project, “Will to Create, Will to Live: The Culture of Terezin” on Jan. 9, it will mark a significant change in the way one of the city’s most esteemed arts institutions does its work. For the first time in its history, the Y’s Tisch Center for the Arts is drawing on nearly all of the resources of 92Y's many departments to present an interdisciplinary series of programs that will include concerts, lectures, readings, classes, film screenings and dance performances.

“I believe the 92nd Street Y has the potential to be a high-quality interdisciplinary place,” said Hanna Arie-Gaifman, the director of the Tisch Center, in a telephone interview last week. “All of the individual elements we provide are high quality. If they complement each other, you get something more.”

Terezin, the transition camp and ghetto the Nazis established for Jews in 1941, only 38 miles from Prague, turned into a remarkable hotbed of cultural activity. The ghetto is most famous for the extraordinary wealth of music composed and performed there, including works by Viktor Ullmann, Hans Krasa, Erwin Schulhoff, Gideon Klein and Pavel Haas. But Terezin (sometimes referred to by its German name, Theresienstadt) was the involuntary home to poets, playwrights, painters, dancers, choreographers and some of the finest scholarly minds in Europe. Despite deplorable conditions, with between 25,000 and 58,000 Jews imprisoned at one time in a space meant to hold 7,000, the Jewish community sustained itself with an astonishing array of performances, lectures, readings and classes.

In short, Terezin is a subject that lends itself particularly well to the multi-pronged arts approach that the 92Y is giving it.

“It’s such an unusual combination of resistance by means of spirit and survival by means of spirit, that it speaks to everybody,” Arie-Gaifman said. “Every single programmer [at the 92Y] got interested in the phenomenon of Terezin. There was a blessing on the project from every side.”

Arie-Gaifman admits that her own interest was particularly intense and personal.

“Terezin is my obsession for the last 50 years,” Arie-Gaifman said in a telephone interview last week. “Almost the whole family went through Terezin and ended up in Auschwitz. When I was a child, there was a dress with a Jewish star hanging in a closet. You start asking questions.”

Her parents managed to leave what was then Nazi-occupied Czechoslovakia in 1939, and spent the war years in Palestine, but few others were so lucky.

“The Czech Jews were so assimilated, many of them didn’t even know they were Jewish,” she said. “They lived peacefully with their Czech neighbors; they were full citizens until 1939. They couldn’t believe the rumors about mass murders in the East. When they started to believe and tried to get out, there were damned few places they could go. It was possible to leave the Czech and Moravia region until 1940, but there was nowhere that would accept them.”

Arie-Gaifman’s mother lost her entire family to the Terezin-to-Auschwitz trajectory.

“Working on this material all these years has been almost therapeutic for me,” she said. “I began understanding how difficult this must have been for my mother. Her mother, her brother, her cousins, her nephew all went through this hell.”

The only way that the Jews of Terezin could strike back was to survive and to assert their personhood. That would become virtually impossible in the death camps, but in Terezin there were, to some degree, better conditions for physical survival as well as a panoply of cultural and educational endeavors thrown together by extraordinary effort.

Arie-Gaifman began researching the Terezin archives as early as 1974 and she found an astonishing and detailed record of the ghetto’s activities.

“Until the last year of the ghetto’s existence, there was no infectious disease,” she noted. “They were very strict about hygiene and there were doctors who lectured on everything from how to treat wounds to how to have a better digestion.”

Here, too, she has a personal connection.

“My uncle was a lawyer whose hobby was history,” Arie-Gaifman said. “He gave talks on the assimilation of the Jews in antiquity and the contribution of the Greeks to civilization. These were typical Central European intelligentsia of the highest order. For a Czech Jew, theater, classical music, political cabaret — it was an organic part of their lives.”

Given the tiniest bit of room to pursue such interests by their Nazi captors, the Jews of Terezin responded brilliantly.

As Arie-Gaifman said, “To remain in such conditions, when the aim of the Nazis was to demean, insult and dehumanize us, the level of humanity in this camp, the search to retain human dignity – that for me is the strongest experience of this project.”

“Will to Create, Will to Live: The Culture of Terezin” will be presented by the 92nd Street Y (Lexington Ave. and 92nd St.) from Jan. 9-Feb. 16. The program includes a wide range of events, including a series of four concerts by the Nash Ensemble and a reading by the great Czech novelist Ivan Klima, who was himself a survivor of Terezin. For a full schedule of events and more information, go to www.92Y.org/terezin.