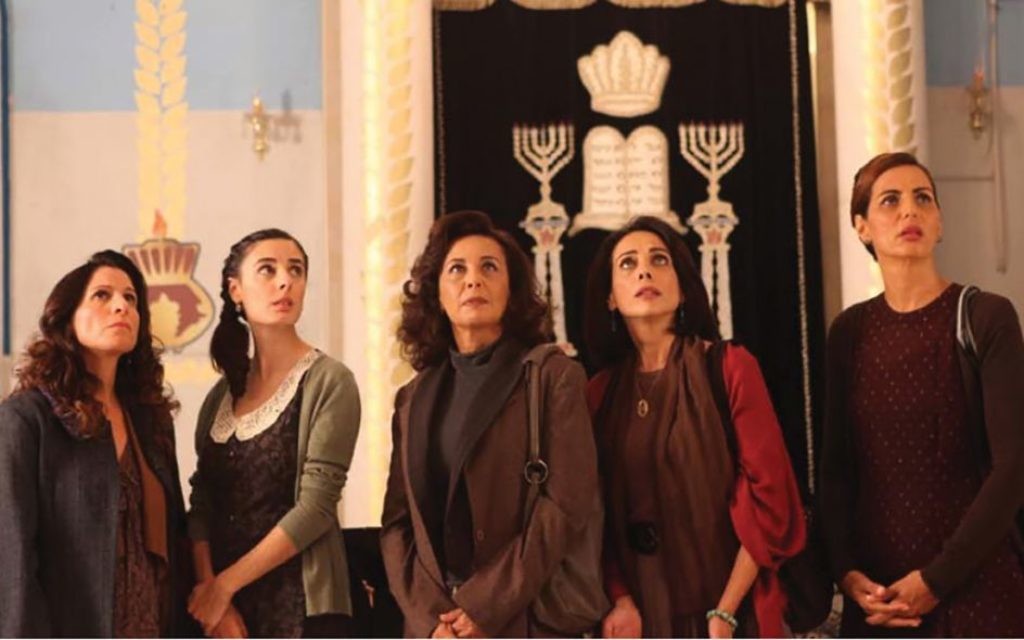 Things are looking up? Emil

Focused on the religious customs of a tiny and obscure community in Jerusalem’s tiny and obscure Bukharan neighborhood, the Hebrew film “The Women’s Balcony” (Yismach Chatani) was not an obvious candidate for success overseas. “The subject matter is so site-specific that I was afraid that people outside of Israel, who aren’t familiar [with the culture], just wouldn’t get what’s going on,” screenwriter Shlomit Nehama told The Jewish Week in a phone interview.

But rather than getting lost in translation, “Balcony” seems to have gained new layers of meaning in other countries. Though a blockbuster in its native Israel, Israeli critics largely snubbed the film; abroad, it’s not only shaping up to be a commercial success, it’s a critic’s darling as well. “I found that the deeper you go into locality, the more universal the message becomes,” director Emil Ben-Shimon said, in a separate phone interview. Both interviews were translated from Hebrew.

After premiering in the Toronto International Film Festival last September, the film was released in February in Spain, and has completed a well-reviewed pre-run in Los Angeles and South Florida in March. It’s set to open in New York on May 26, at the Lincoln Plaza and Quad Cinemas. After its run here, the film will be released in top markets across the U.S., Latin America and Turkey.

A debut feature by then-husband-and-wife duo Nehama and Ben-Shimon (the two have since divorced), “Balcony” touches on gender politics and the rise of religious fundamentalism in a way that seems unremarkable to religious-conflict-weary Israelis but hotly topical in the United States of 2017. It’s a kind-hearted comedy-drama about a small, Orthodox Sephardic community that fractures along gender lines when the women’s balcony in its local synagogue collapses. The congregation’s rebbetzin is severely injured, and with his wife in the hospital, the elderly rabbi (Abraham Celektar) sinks into early senility.

This opens the way for a charismatic ultra-Orthodox rabbi (the impressive Aviv Alush) to take over the pulpit, preaching for more fervent practices and infecting the men with an increasingly fundamentalist way of thinking. The new charedi rabbi helps repair and reopen the synagogue, but for a supposed lack of funds doesn’t rebuild the women’s gallery, relegating them instead to a crowded shack outdoors. The women painstakingly raise the money for a gallery themselves, only to have the new rabbi appropriate it for a new Torah ark. Dispossessed, they embark on a Lysistrata-type battle to literally and figuratively regain their place.

The inspiration for the film was drawn from Nehama’s own childhood in the Bukharan quarter, where she belonged to a denomination defined as Religious Zionists, or Kippah Sruga. Representing about 15 percent of Israel’s population, according to Israel’s education ministry, the Religious Zionists are on the moderate side of Orthodox: “religious but relaxed about it … the lifestyle is really more about community, family, everybody participating in everybody’s festivities and life events. It’s a type of community that doesn’t really exist anymore,” Nehama added. She left the community at 18 when she joined the IDF, opting for a secular lifestyle. 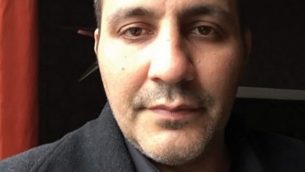 Prior to becoming filmmakers, both Nehama and Ben-Shimon worked in television, she as a screenwriter for children’s shows and he as a freelance director in several popular TV series. The two set out to make “a film with the broadest popular appeal possible,” said Ben-Shimon. Everything about “Balcony” was designed to produce a local blockbuster, beginning with the all-star, all-Mizrahi cast — the venerable actress Evelin Hagoel, the popular comedian Orna Banai and the ultra-popular pop singer Ainat Saruf take lead roles — and with a score by Ahuva Ozeri performed by Mizrahi icon Sarit Haddad.

Released last September, by March the film had sold over 400,000 tickets, making it the highest-grossing Israeli film of the past three years, according to its international distributors, Menemsha Films. It was also nominated for five Ophir awards (the Israeli Oscars): best supporting actor/actress, music, costume and makeup. But the same qualities that made the movie a hit with the masses appear to have made it a flop with the critics. Israeli reviews largely denounced it as oversimplified, stereotypical and obvious. Yediot Achronot, Israel’s leading paper, called it “a shallow populist creation.”

Israeli and American reviews of “Balcony” were at times so diametrically opposed it’s hard to believe that critics were watching the same film.

It came as “a very big surprise,” said Nehama, that “Balcony” did not only break the culture barrier to sell well abroad, but was well reviewed there as well. “[The foreign critics] are saying pretty much the opposite of what they said in Israel,” she laughed.

Israeli and American reviews of “Balcony” were at times so diametrically opposed it’s hard to believe that critics were watching the same film. Where The Hollywood Reporter found that “Rabbi David [the antagonist] never devolves into a cardboard villain,” the Israeli magazine Calcalist felt “the antagonist … suddenly turns into a comic-book style meanie.” Variety complemented the screenwriter for “smartly incorporating challenging and subversive elements into a film that is outwardly simple and charming,” while Achbar Haair of City Mouse, Israel’s top entertainment magazine, criticized it for “trying to deal with complex issues … but doing so with the tools of an infomercial or a children’s show.” Even the film’s timeliness is contested: while Israeli critics felt the conversation about Israel’s rising religiosity and anti-women sentiments was trite, American critics thought it was “universal and very, very timely” (Joanna Langfield, The Movie Minute). 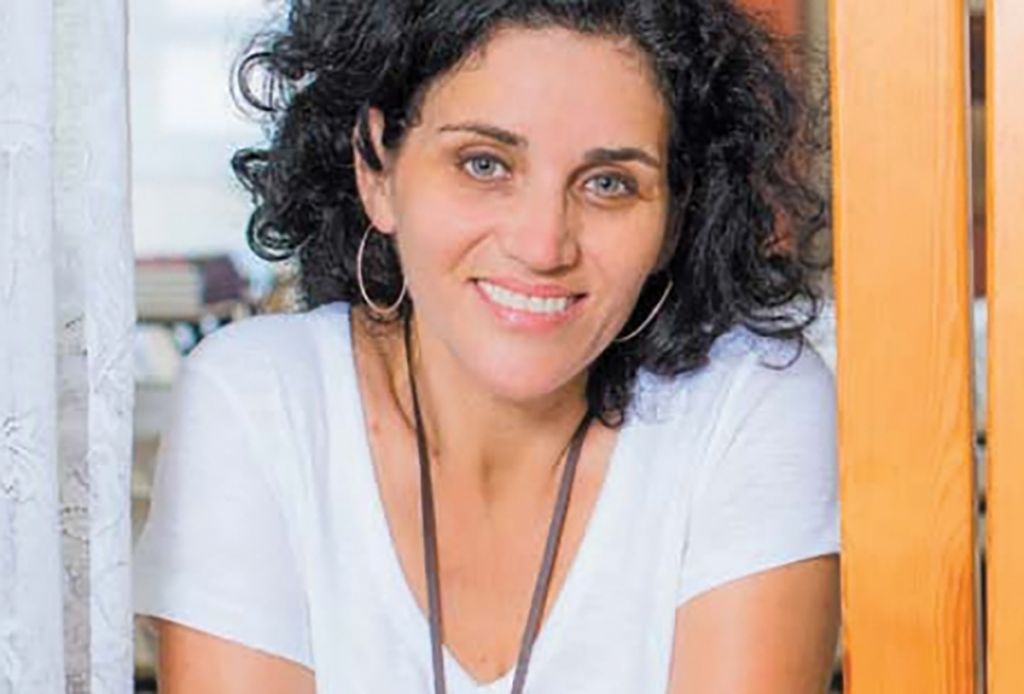 Ben-Shimon said that “Israeli critics had certain cultural limitations that prevented them from seeing the movie like it is.” For one, “Balcony’s” affinity to the Bourekas Films — a popular genre of Israeli comic-melodramas from the ’60s and ’70s and Israel’s answer to Spaghetti Westerns — that were perceived as low-brow, had earned it some knee-jerk derision. “The characters are folksy, the jokes have a touch of slapstick to them, and from this place it did risk becoming a Bourekas film,” Ben-Shimon confirmed. But while Bourekas-ness can be considered a serious faux pas in Israeli cinema, overseas all that came through, Ben-Shimon said, was “the warmth, humor and familial feel.”

While Bourekas-ness can be considered a serious faux pas in Israeli cinema, overseas all that came through was “the warmth, humor and familial feel.”

The struggle for women’s equality in Judaism also appears to be “a much hotter topic here than it is in Israel right now,” said Nehama. She recalled a brief, causal scene in which the women of the congregation, standing outside the synagogue with protest signs, are approached by a group of Jewish women’s rights activists. “In every showing I attended in the U.S., somebody always pointed that scene out and asked about the Women of the Wall [a group pushing for egalitarian prayer at the Western Wall]. In Israel it went completely unnoticed,” she said. The fact that American Jews are “more flexible in their understanding of religion,” and have a vested interest in interdenominational struggles, may have also contributed to the film’s acclaim here.

But the major theme “Balcony” taps into, and which appears to resonate among all audiences, is that of “the crumbling of middle grounds,” said Nehama.

In the U.S., a 2016 Pew survey found that “Republicans and Democrats are more divided along ideological lines than at any point in the previous two decades.” The U.S. Jewish community, too, is seeing a hollowing out of the middle as both those who say they have no religion and the charedim are growing rapidly. In Israel, a 2016 Pew report found that the society is becoming far more sharply polarized on religious issues, with both ultra-Orthodox and secular Jews gaining ground on more moderately observant groups. In the film, though it happily escapes this reality in the end, one can see tell-tale signs of how “moderate-Orthodox lifestyle, once quite common, was being swallowed up by the ultra-Orthodox one,” said Nehama. “The roads suddenly close on Saturday, men and women begin walking on separate sidewalks, little old Jerusalemite houses are destroyed in favor of new complexes for large families. It’s nothing new — you can see it every day in neighborhoods all over Jerusalem,” she noted.

When Nehama and Ben-Shimon began scouting for filming locations, they began with the obvious spot — her old Bukharan neighborhood. “We got there too late,” she said. “The transformation was complete. The place I grew up in was already gone.”