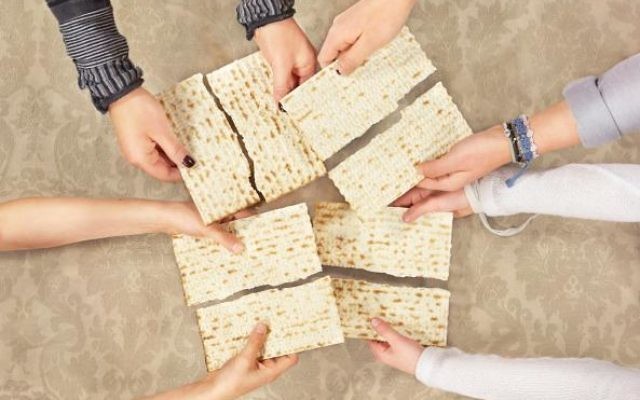 The Torah doesn’t differentiate between the characteristics of the four sons. In the text, the Torah describes a parent educating their child about the exodus from Egypt four different times with slightly different wording.

In Devarim, the question is phrased as “What are the laws and the statutes and the rules that Hashem our God commanded you?” (Devarim 6:20), followed by a long response by the parent detailing everything that Hashem did to take us out of Egypt. The Haggadah characterizes this as “the wise son” and instructs the father to respond to him with all the details of the laws of Pesach.

In Shemot, the child asks, “What is this service to you?” (Shemot 12:26), followed by a response about how Hashem passed over (“pasach”) the Jewish houses in Egypt and didn’t kill their firstborns during the final plague when he killed the Egyptians’ firstborns. In the Haggadah, this son is termed “the wicked son,” and the father is instructed to “knock out his teeth” and tell his son that “because of this, Hashem did this for me when I left Egypt.” Strangely, the Haggadah’s response to the wicked son is a quote from the pasuk about the son who does not know how to ask, rather than the pasuk about the “wicked” son. This response about knocking out his teeth isn’t in the Torah in conjunction with this “wicked” son.

Later in Shemot, the child asks, “What is this?” (Shemot 13:14), to which the father replies that Hashem brought us out of slavery. In the Haggadah, this child is termed “the simple son,” and the question and answer are direct quotes from Shemot.

Just before this, Hashem instructs Bnei Yisrael, “And you shall teach your son on this day to say: because of this, Hashem did this for me when I left Egypt” (Shemot 13:8). The Haggadah calls him “the son who doesn’t know how to ask,” and the father’s response to him is also a direct quote from Shemot.

Generally, the Haggadah seems true to the biblical text; for the wise son, the simple son and the son who doesn’t know how to ask, the questions and answers mimic the text fairly closely. However, the answer that the father gives the wicked son in the Hagaddah is very different than the answer in the text – in the Torah, this son’s question is taken seriously, and he is given an appropriate answer, unlike the Haggadah in which the father is told to “knock out his teeth.”

Based on the text, I don’t see why this son’s question is any more offensive than the others. The “wicked” son is curious, just as the other three are, so he asks a question to try to learn more. Questioning is an integral part of Judaism – in fact, the entire Talmud is composed of debates that begin with questions. The structure of the seder is supposed to encourage children to ask questions, so why are we discouraging this by describing such a negative reaction to the “wicked” son’s question? On Pesach, in particular, we should encourage questions rather than shutting them down.

Josephine Schizer is a junior at Ramaz Upper School in Manhattan. She is also a member of the Fresh Ink for Teens’ Editorial Board.