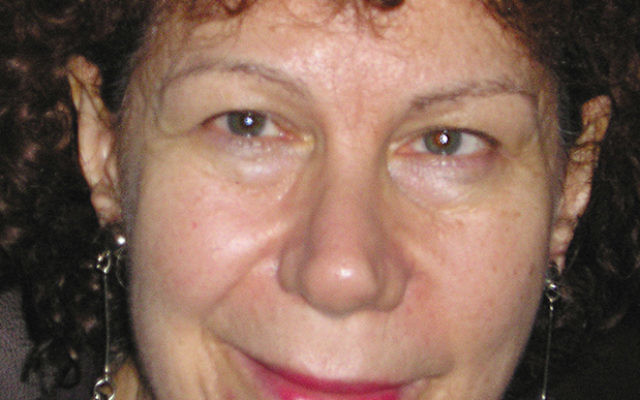 Why, in this week’s reading, Rashi asks, does the ritual of the red heifer introduce the death narrative of three of Israel’s finest [Numbers 19:2-22]?

Moses’ sister, Miriam, was the first to go. The well that had sprung up in her merit, and accompanied the Israelites during 40 years of wandering, was temporarily removed. Yet we do not find the Israelites pausing to mourn her. Instead, they turned their anger on her surviving siblings.

According to the Midrash Tanhuma, when the Israelites went to the site where the well was to reemerge, they kicked the stones in their path: “Can’t you bring water out of this rock. What about this one?” Israel and Moses differed over the distinctions between one rock and another. The people were not skeptical, the Ishbitzer says, but believed implicitly in God’s capacity to overcome the natural order. Why remain faithful to one particular water source? By contrast, Moshe knew from experience that there is structure,  even to miracles.

Before Moses’ birth, it had been predicted that he would meet his downfall by water [Bereishit Rabba 19:14]. Drawn to the tragic site of the Mei HaMerivah, the “Waters of Dissidence,” Moses finally loses his temper and exclaims, “Listen, you rebels (or ingrates). Are we to bring you water out of this rock?” [Numbers 20:10].

It is uncharacteristic for Moses, a man of such humility, to assert his ego about his achievements. This fatal “we,” for himself and his brother, Aaron, designating himself on this occasion as a stand-in for the Almighty, may have been not so much an expression of an overreaching ego but, on the contrary, an admission that he actually lost his grip on his role. Uttered hesitantly, and without emphasis on the “we,” he may have asked, “Shall two aging leaders continue to inspire this new generation?”

Relying on what God had commanded him on a previous occasion almost 40 years previously, and completely erasing what he had been told to do now, Moses strikes the designated rock but only a few drops are forthcoming. When the people taunt him, he strikes again, whereupon water gushes forth from not only the anticipated source but from the stone in front of each individual. As each Israelite throws himself upon the individual stream in front of him, Moses, their leader, has not been given a chance to complete his time-honored role of providing sustenance but is informed that he and his brother have been disqualified and will die in the wilderness. “Because you did not believe in Me.”

In the past, Moses, Aaron, and Miriam had been the proper channels for bringing blessing to the people, because of the the brothers’ special qualities, both inherited and developed over time. By ordering Moses to give the people water to drink before the Mei HaMerivah, God was telling him this mission could continue. But after the death of someone as close as his sister, Moses felt in his bones that he would not fulfill his charge; he knew that Aaron would die, too. And so would he.

Moses was gradually stripped of everything. He could not lead the new generation into the Promised Land. They saw things differently.

In reply to Rashi’s question about why this week’s reading opens with the ritual of the red heifer, the Ishbitzer explains that just as the red heifer rite purifies those polluted by contact with the dead, so does the death of the righteous mollify those contaminated by past angers and resentments (Mei HaShiloach on Numbers 19:11). When proclaiming one’s own achievements, it is good to remember God as the ultimate source, but when we remember the devotion and self-sacrifice of others, we must also acknowledge their contributions as infinitely precious. Moses was indebted to Miriam for his survival and his very existence; so were the people. He and Aaron were occupied with her funeral rites because everyone else had forgotten them.

Both a rationalist and a man of faith, Moses believes in history and gratitude for every intermediate source of good. Only by recognizing every human benefactor along the way do we truly acknowledge its underlying source.

“Listen here, you rebels!” “Morim,” the Hebrew word for “rebels,” also can mean “teachers.” This was a generation of pupils who taught their teachers. God deferred to Moses because the contribution of this unique human soul, within his limited life span, is of infinite worth. However, from the point of view of an external observer, the outcome of his rigor seems tragic indeed.

Freema Gottlieb s the author of “Lamp of God: A Jewish Book of Light,” and “Jewish Folk Art.” She has written for The New York Times Book Review, The New Republic, the Times Literary Supplement and Partisan Review