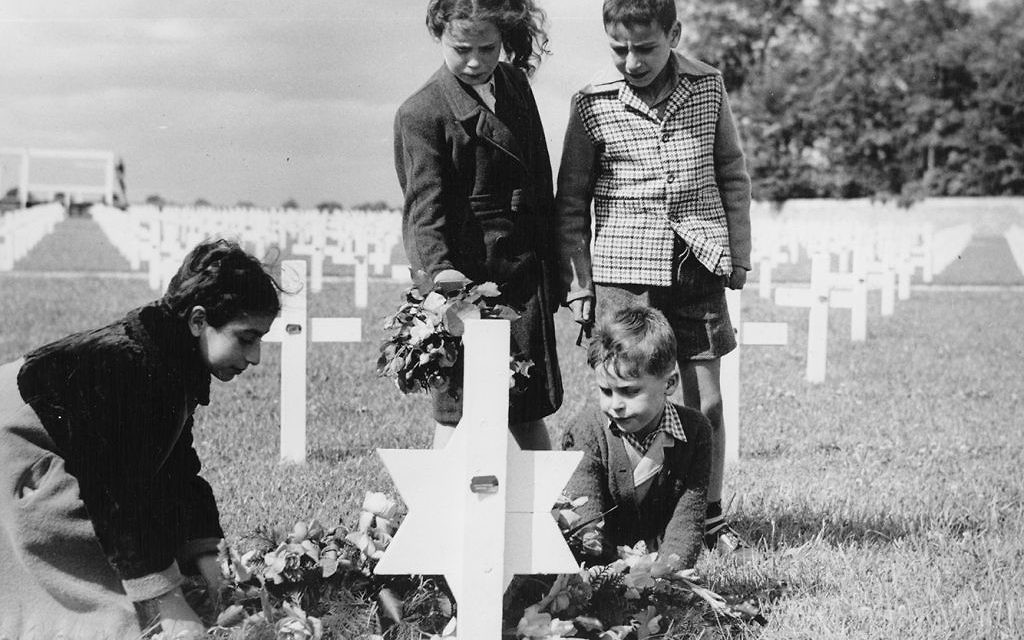 On this 70th anniversary of the end of World War II, we salute the efforts of those who fought so valiantly, and we honor the memory of the millions who were murdered. After 70 years, there’s still much to learn and absorb; powerful new volumes continue to move and inspire readers. And so, our annual Fall Books section this week is devoted to books about various dimensions of the wartime experience.

In these pages, we look to a monumental publishing project that brings new light to the work of Primo Levi (with much material appearing in English for the first time), and to other subjects that reverberate decades later: the trail of stolen artwork and lost culture; the role of the Roosevelt administration; and the question of Jewish identity for subsequent generations, hidden and revealed, with very surprising twists.

The photo at right, from the archives of the American Jewish Joint Distribution Committee, shows French Jewish orphans decorating the grave of an American Jewish soldier in a U.S. military cemetery in France, as part of a 1948 national memorial day service for Americans who gave their lives for the liberation of France. The children stand at what appears to the lone Jewish grave in the cemetery. The photo reminds us of the lingering presence of the war, and is particularly timely this week as we think of French-Jewish connections: our hearts are turned to France.