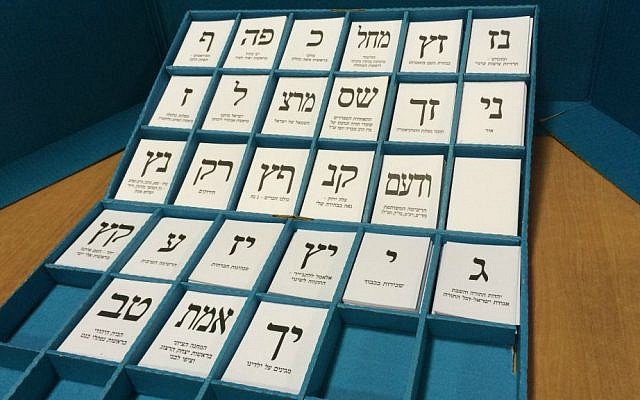 The absence of Kol Yisrael Arevim Zeh Bazeh in Israeli politics — and far beyond.

In wanting small change, Yaakov Cohen, a Sephardi Ultra-Orthodox widower fires up a revolution. Taking place in the early 80’s, Cohen’s first defeat occurs in the main office of his daughter’s seminary — a Bais Yaakov school in Jerusalem. The Principal claimed that Cohen’s daughter could no longer attend the school for academic failure although it was not long before Cohen stormed out of the building understanding that his daughter was expelled for being Sephardi in a predominantly Ashkenazi institution.

Enraged with what was happening within his own community, Yaakov Cohen decided to change his own reality — the reality that most Sephardim have been facing for decades. Cohen enlisted a Rabbi and a comedic sidekick named Yigal to support him in a project that what would later change Israeli politics. The birth of Shas in 1984 meant that Haredi Sephardim would have a voice against their Ashkenazi counterparts. The grassroots party did not have strong financial support, or any support until Cohen decided to lead with his most powerful weapon — his ability to connect with any Jew based on what felt right in his heart. We later watch his humility and softness conflict with the strength and ruthlessness required to win.

Yaakov Cohen felt responsible for his people. He felt responsible for providing his daughter with the same educational opportunities that any other young woman in the Haredi community would have no issues of obtaining, unless she was Sephardic. Among all other struggles that Yaakov Cohen experienced in his life, his ultimate struggle and what this film is about, is the struggle of establishing unity among people when they have drifted so far apart.

Among all other struggles that Yaakov Cohen experienced in his life, his ultimate struggle and what this film is about, is the struggle of establishing unity among people when they have drifted so far apart.

Even within his own circle of confidants like Yigal, Yaakov learns that good intentions do not always bring people closer.

There are many special moments in this movie that peel away layers of assumption and make our hearts feel warm. Yaakov and Yigal share this type of moment while sitting in a car together with the windows rolled all the way down. Yigal introduces Yaakov to “How Deep Is Your Love” by the Bee Gee’s, which he was uncomfortable hearing at first. Their relationship was a pleasure to watch on the screen as it made me realize that it is often the process that is more enjoyable than the destination. Their highs were powerful as success and support grew stronger, but their inevitable lows proved that even when on the same team, unity tends to dissipate.

Their highs were powerful as success and support grew stronger, but their inevitable lows proved that even when on the same team, unity tends to dissipate.

This fictional take on history was a refreshing reminder to show up for people who feel underrepresented and to take responsibility for the change we wish to see within our own communities. As Jews, we must show up when no one else is present and as voters, we must show up so our own voices could be heard.

Floraine Nudelman believes in integrating Judaism into the arts. She lives and works as an arts administrator in New York City.