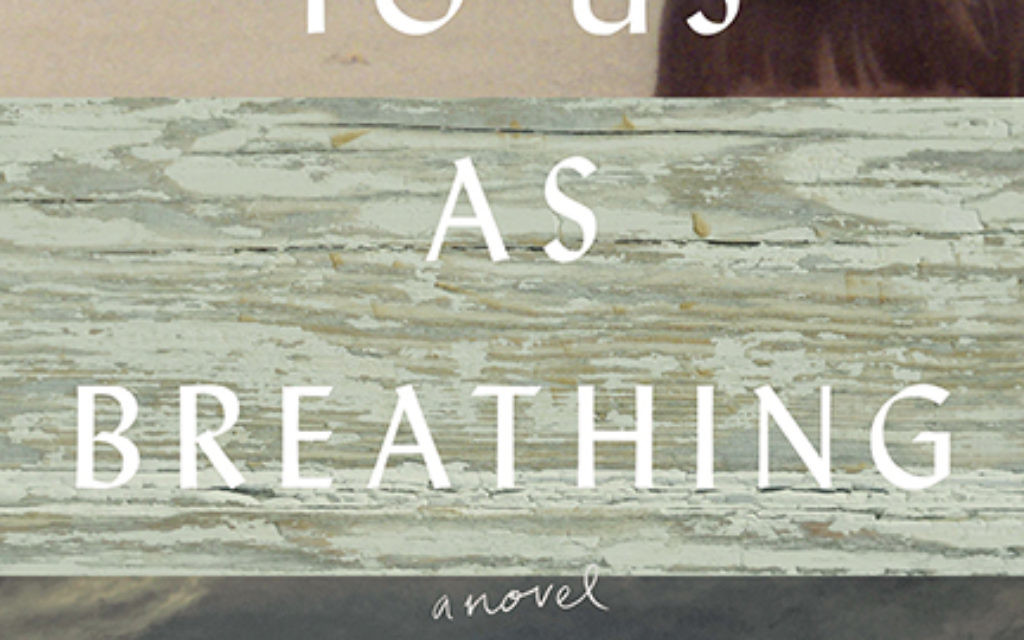 Some favor their summer reading light, as in breezy whodunits; others prefer books that actually convey the light of long afternoons, the sparkle that sun leaves on water and the experience of the season.

From the seaside waves on the cover to the scenes of opening the windows of a beach cottage after a long winter, Elizabeth Poliner’s new novel “As Close To Us As Breathing” (Lee Boudreaux Books/Little, Brown) is filled with summer light. In the rituals of the first visit in 1948 — after vacuuming three seasons of dust, removing the white sheets covering furniture and sweeping the sandy front porch — the three middle-aged sisters who share the home their parents owned on the Connecticut shore head to the water, without changing out of their “dresses, their hose, their almost identical brown shoes with practical one-inch heels. … The Long Island Sound, too, needed to be seen and felt again. They needed to say hello to it and to hear, in the gentle, unending lapping of waves, a kind of voice they’d heard a million times before.”

Once they settle in, the trio heads to Bagel Beach — the area is named for the Jewish community that summers in this particular bend of the shoreline — daily for their early morning dunk, dressed in identical black one-piece skirted bathing suits. The women and their children spend weekdays in Woodmont, while their husbands continue to work in the family department store in Middletown and arrive in time for Shabbat dinner on Fridays. The sisters’ moods lift in the company of each other.

Against this backdrop of summer paradise, just weeks after the State of Israel has declared independence, Poliner tells a story with layers of darkness. In fact, in the first line, she lets readers know of a tragic accident that summer, whose details are revealed through the novel, as she moves back and forward in time from 1948. BUT? This was a time of hopefulness for Israel, heard in the optimistic tones of conversation.

The story is told in the first person, through the eyes of Molly, the daughter of the middle sister Ada, who is 12 during the summer of the accident that will affect the rest of all of their lives. In a telephone interview while visiting her mother in Middletown and attending a Wesleyan writer’s conference, Poliner, who has taught creative writing at Hollins University since 2008, describes the novel as a collective story, where she tries to convey the point of view of each family member.

She explains that Bagel Beach is no more; the place where the Jewish families’ cottages stood — separate from the nearby Irish and Italian communities — is now a condominium development. The families from Connecticut and Massachusetts who summered there have dispersed, or gone elsewhere. The author’s grandmother had a cottage in Woodmont, her parents met there one summer, and she remembers spending vacation times there as a child and hearing about the old days. Poliner has long been imagining that she would set a novel here. One of the seeds, she says, was noticing how much more freedom her grandmother, who didn’t drive, had in Woodmont, than back in Middletown — especially during the week when the men were away.

While this is a story of loss, it is also a powerful, authentic and beautifully written story of identity and, in particular, Jewish identity, as the characters explore and push boundaries. Each character has secrets and questions about love and grief that slowly unfold.

“What does it mean and what does it cost them,” she asks, “not living a life true to themselves?”

It’s a deeply Jewish novel, even as the characters wrestle with how much family traditions mean to them. In a scene at the morning minyan in Middletown, Molly’s father Mort recites the prayers, acknowledging that some days he has practically slept through it all, even as he said every word. And other times, immersed in his own prayer and the mumblings around him, he has felt transported, that “the language and he were one, that the prayers and he were one, that God and he were one.” He has understood this as the transcendence of prayer, “a wonderful, ethereal place conjured forth by the beauty of the ancient words, and his soul would nearly burst with the gratitude he felt for them.” On this day, he ad-libs, thinking about his father and his own son (who didn’t show up in shul).

Rarely is prayer written about so authentically, understanding the nuance of the meaning of the words, and the connection the person praying might feel to God. When asked about this, Poliner says that she’s a member of a Reform synagogue and attends regularly, likes prayer and “identifies with the moment Mort is yearning for.”

The book’s title comes from a line of prayer from “Gates of Prayer: The New Union Prayer Book,” published by the Reform movement, “You are as close to us as breathing, yet/You are further than from the farthermost star.”

While the women don’t attend shul, they are aware of their breath. For Ada, Woodmont is “where I feel I can breathe.” Molly’s place of refuge in the crowded cottage is a footed bathtub behind closed doors, where she sits without water and is able to ponder life. When the men go to shul on Shabbat morning, the women gather on the porch with a deep tranquility among them, “an all-female Sabbath breather,” when “even the silent gesture of looking at each other was a means of communication, and essential, it seemed, to our regaining a sense of presence.”

The author of a previous novel-in-stories that is also about a Jewish family, “Mutual Life & Casualty,” and a poetry collection, “What You Know in Your Hands,” Poliner shines new light on love and grief, on being an outsider and insider in a family and in America. ✹