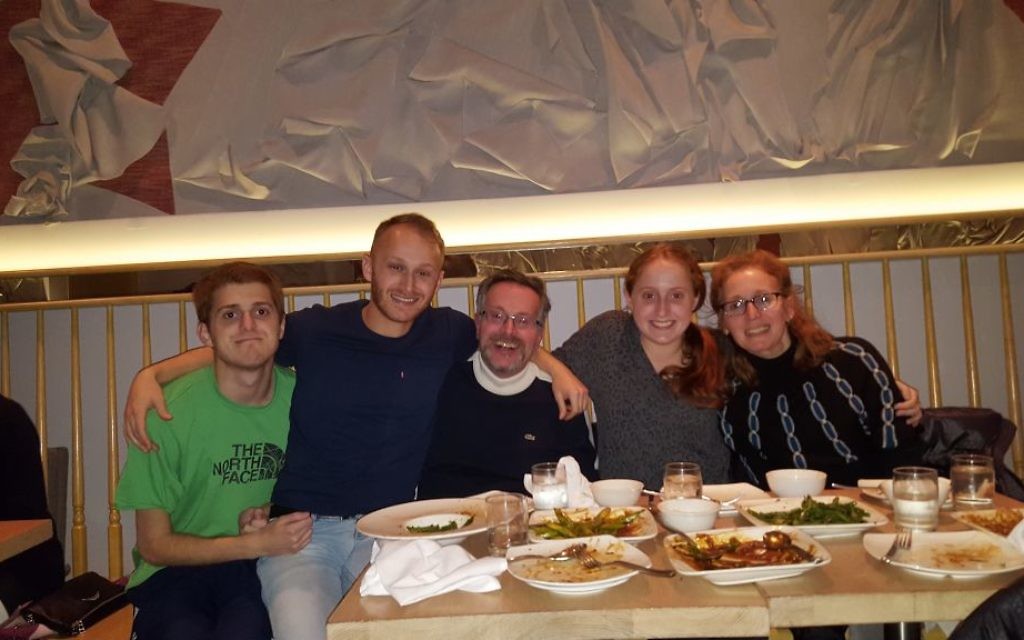 The older I get, the less impressed I am with those who’ve hit it big. Truth be told, I’ve never been impressed with the “machers” of this world, with those who’ve conquered something on a big scale. It’s not that I can’t appreciate achievement; I can come up with a long list of those who’ve done great, important things. Among them are scientists, writers, legal scholars, and others who have made important inroads and offered major insights into how human beings are or ought to be in this world. But I’ve increasingly come to feel drawn to the micro moments in my life, and in the lives of those I love. That’s probably a combination of personal orientation crossed with necessity.

Or perhaps it’s a function of fear. Perhaps what I’m really doing is looking out at the world, not liking much of what I see, and pulling back, curling up as it were, so I’m as distant from the wider world as I can be. Maybe it’s a function of my lived wisdom that I cannot and will not change any significant swath of this world, but that I have a bone-deep obligation to try to do right by those closest to me, and that by holding fast to that belief, I can live a life of merit and decency and devotion that is as good as (if not in some ways better than) a life I might have lived that is more tilted toward outward-looking things.

These revelations, such that they are, are born of my finding that it is in the smallest ways that life moves, that alterations in my personal universe happen. It is the doorman who watches Noah cross the street safely to me, with neither of us exchanging a word, but with my catching his eye to thank him with a thumbs up. It is the Mexican man in the dry cleaning shop who always knows my name, and with whom I have chatted about soccer and about folks who bring their sheets in to be laundered, and how much work and cost that involves.   It’s the women who started a program to give people like Noah a chance to develop real-world work skills because one of them has a child who will need that same opportunity. It’s a woman in Boulder who loves my daughter so much that she took in her fish and frogs while school was closed for break. And it’s the mother of my Israeli daughter who welcomed us like royalty into her home, to thank us for how we treated her daughter when Neta lived with us for eight months. It’s Maria, who loves my kids and our animals, and feels to me like an essential third parent in our family. It’s the (female) Lieutenant I’ve never met who got my son perfectly, who captured the details and essence of who he is in a recommendation letter that took my breath away. 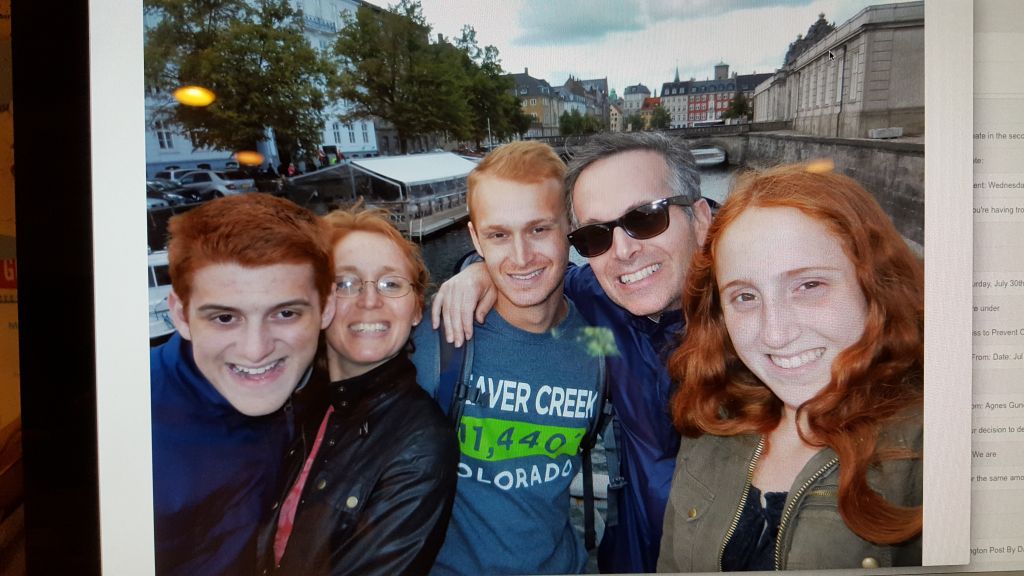 Not one of these things makes the nightly news, will generate millions of followers on Twitter, or will otherwise move the dial on anything but the interpersonal connections each represents. And that for me, at least, has become everything. Truth be told, I actually think it’s always been everything, but I somehow felt compelled to pretend that I cared about chasing after something bigger, grander, more public-facing. Or maybe it’s what I tell myself to ease the sting of failure I sometimes (more than sometimes?) feel about my life.

I look at my so-called career, and while I’m proud of the work I’ve done, I never seemed able to fulfill the promise of becoming the person at least some people seemed to think I could or should be. I even failed at a basic level by not advocating forcefully for myself when I was being underpaid, and when my struggles to balance parenting a disabled child and other kids with caring for my dying father—all while working—generated zero compassion from a nearly all-female office. I carry those scars with me til this day. I feel that hurt deeply and when I think it’s buried and gone, it rises again. And I’m the one who feels compelled to pretend that there are no hard feelings.

I think of the times I’ve stepped up to help other folks in their professional lives, and I struggle to think of more than a single time when that has been reciprocated. Did I misrepresent myself as someone who didn’t need help, who had it all together, exactly as she wanted? If so, shame on me. Then again, I never looked at folks I helped as being needy. Rather, I saw them as being worthy, and it just seemed the right thing to do, to try to help if and when I could. 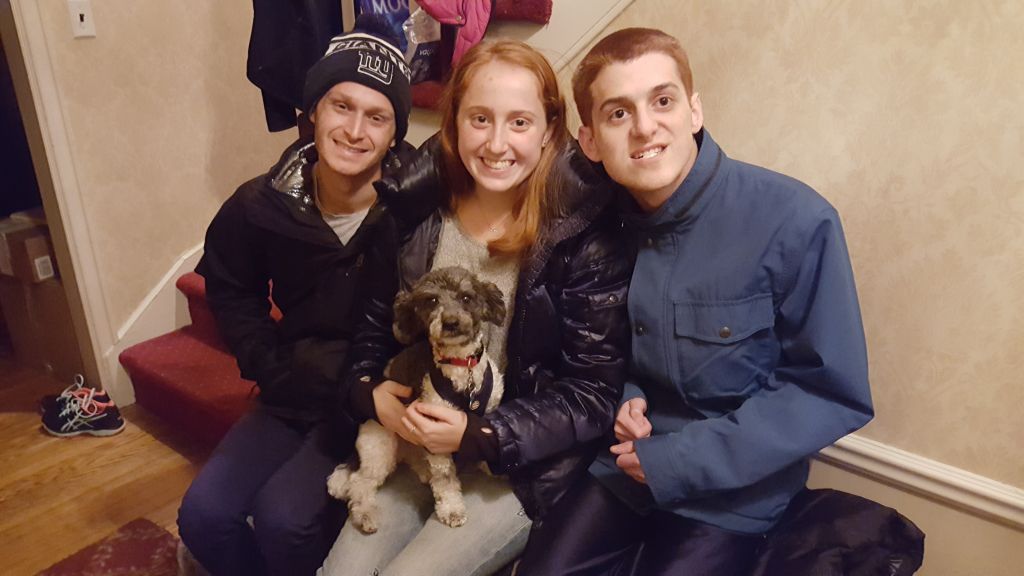 The author’s children with their dog Ollie. Courtesy of Nina Moglinik

But maybe the hardest thing for me to absorb is knowing that there are women out there who see me as a role model for their parenting. Yup, me. The woman who has cried herself to sleep more times than she can count. The woman who will likely never forgive herself for the things she got wrong with her own kids, the things she failed to do for or with them, or to give them. The woman whose good manners showed themselves exactly when her roiling rage should have instead.

A life is a funny thing. You live it and try to get it right at the same time, while knowing that it’s probably only in hindsight that you’ll realize all that you got wrong. But hopefully, you’ll also have a chance to figure out all that you got right. And on that front, I think I’ve slowly gotten better.

I made us move from a place I hated, filled with people I really, truly, did not like. I was able to lean on the generosity of people I’d known in my previous work life to get my daughter into a public high school for her senior year, and to get my disabled son in the queue for job prep services with an organization I’ve known and respected for many years. I still struggle to come to terms with where I am in all of this doing for others, and that struggle remains very much unresolved. I might just wind up being the Queen of Unfulfilled Potential. Not a great achievement in this life, I suppose, but I know deep down that I’ve never really had the confidence to reach for the stars. In fact, I’m not even sure I’ve allowed myself to dream. That’s a truly terrible thing. But it is what it is. So I focus instead on trying to get my kids to chase after what they want. Don’t become me! I shout at them in my head. Be bolder. Be braver. Be the brilliantly humane, capable, exceptional souls I’ve had the privilege to say I’ve had a hand in raising. Live your lives in upper or lower case letters, as you choose.   But as much as humanly possible, make sure you do the choosing. 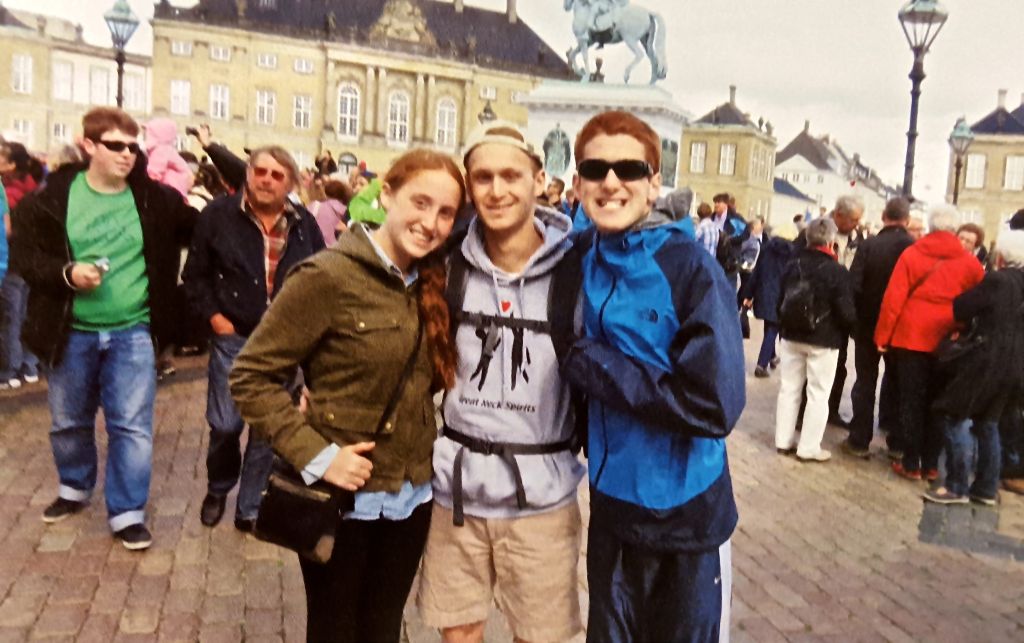 Recently, I ran into a young woman I hadn’t seen in many years. She’s now a married mother of two. I asked what she’s up to and she said something about her and her husband running creative companies, and how they just bought a branding company. I don’t even know what that means. I guess I was supposed to be impressed, but I wasn’t. Maybe I just think there are better answers in this world to the “what are you up to these days” question than buying a branding company. Which makes me think that maybe my lower case life of underachievement, focused on micro moments, isn’t such a bad thing after all…