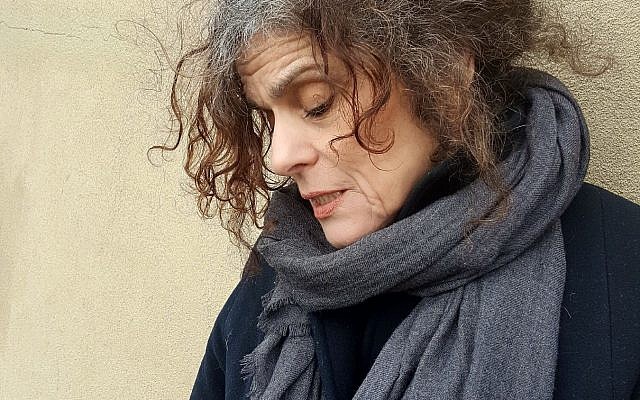 When my son was diagnosed with Asperger Syndrome over two decades ago, autism did not hold much interest for the medical establishment. It wasn’t “sexy,” one mother told me. That was why there was so little research being conducted about it, she explained. There was no consensus on how to treat this strange disorder. In the absence of a consensus, a host of strange therapies flourished. It was clear to most parents that it would be up to us to decide what to do to help our children. It was also clear to us that other parents would be our best and often our only reliable sources for information.

Opinions regarding treatment varied widely. There were some parents who swore that eliminating wheat and dairy cured their children. Others claimed that listening to special sound waves of music, removing the mercury from their children’s teeth, jumping up and down on a trampoline, forcing their children to drink revolting concotions jampacked with vitamins and nutrients was the answer. (A friend of mine once called me up in tears to tell me about the horrible fight she had just had with her husband when he insisted on throwing their son’s favorite toy down the garbage chute because he refused to drink that disgusting drink.) Such was the desperation so many of us parents felt; such was the nature of our conviction that this one thing, and then this other thing, would save our children.

The therapy my husband and I decided held the most hope for our son was Applied Behavioral Analysis (ABA), which according to studies published in medical journals at the time had a 47 percent cure rate.

We decided on ABA less than three weeks after Benjy’s diagnosis. The therapy consisted of us spending forty hours a week, sitting our son down at his baby table, on which we would place a board filled with Velcro stickers on one side, and a bowl of potato chips on the other. From there, we would proceed to ask him a series of questions. Every time he complied (even if it was the wrong answer, at first) we would say “Good Job!” and attach a Velcro sticker to the Velcro board. Once Benjy accumulated ten stickers, we would reward him with a piece of potato chip.

Phil and I both feel very differently about ABA now than we did when we were so convinced that this treatment would cure our son. It was a very arduous thing to do, for both the parents and our children, and it required a cult-like devotion. (Some mothers I have spoken to about it look back on it as a kind of child abuse.) Our son’s program designer and his therapist warned us to be suspicious of all other therapies. They would threaten to quit if they found out we were trying anything else.

Advocates of ABA were always careful not to claim a “cure” but they touted “recoveries,” which to desperate parents amounted to the same thing. Many years and tens of thousands of dollars later, with no recovery in sight, many parents ended up feeling bitter about having wasted so much time, energy, money and hope on what ended up being a false claim. (According to more recent studies, ABA recovery rates range between 4 and 13 percent.)

When Phil and I were proud disciples of this program, we heard of parents spending their life savings on ABA because they clung to the hope that their children would be among the lucky 47 per cent who would be cured (many of us clung to this hope a lot longer than the fact that our children would never be cured was plain for anyone else to see.) Parents moved across the country, sometimes across the world, so that their children could go to schools where ABA was practiced. They gave up their careers. They gave up their homes.   Perhaps, worst of all, believing that a cure was in reach made it all the more difficult to accept our children for who they were. I held on to the hope that my son would be cured, long after it was clear to everyone else, including my husband, that he was never going to be cured.

In retrospect, many of us former ABA devotees also realize that other therapies–perhaps in conjunction with ABA, perhaps not, would have helped our children. But, as I already pointed out, we were forbidden to combine this program with any other approach. Even Occupational Therapy was forbidden. And Stanley Greenspan’s Floortime therapy, which according to many parents seems to be very effective, was certainly forbidden.

One thing I keep on trying to tell myself when I start feeling bad about all those years I fooled myself into thinking that a cure was just around the corner for my son, is that I couldn’t have known the future. I couldn’t have known what would work and what wouldn’t, and I remember that desperation has a way of leading to magical thinking. I was the only mother my son had and I made those mistakes out of love for him.   I try to forgive myself for that mistake, and all the other mistakes I made. And sometimes I can.

Maxine Rosaler’s “novel in stories, Queen for a Day, which is about the mothers of children with autism and other disabilities, was published by Delphinium Press in June 2018. It received a starred Kirkus Review and has been nominated for The Kirkus Prize and a National Book Award. Maxine is the mother of Benjamin, now twenty-six, and Samantha, twenty-nine and she is married to Phillip Margulies, who is also a fiction writer. Queen for a Day was inspired by her life as Benjy’s mother.