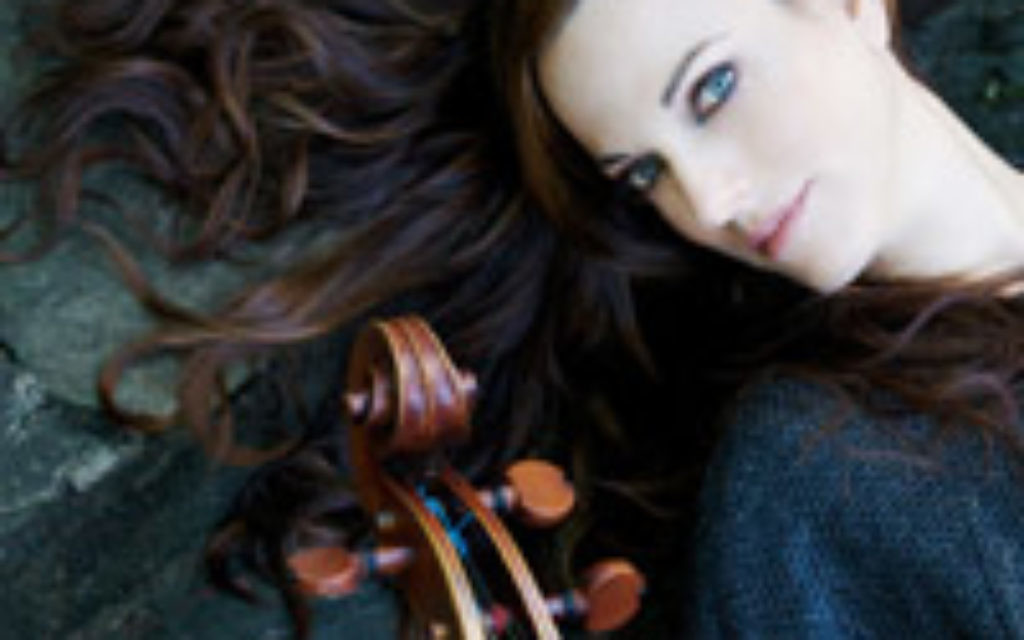 When Tito Beiser left Argentina in the early 1950s to help start a Galilee kibbutz centered around members of the Argentine chapter of Hashomer Hatzair, he brought a lot of his home with him — food, soccer, Spanish and, most of all, tango.

He passed those bits of the pampas and Buenos Aires on to his children and this week one of his four daughters, Maya Beiser, will return the favor. On Feb. 1, she performs an evening of tango music with Pablo Ziegler, the gifted jazz pianist who spent a decade working with one of the greatest of the tangueros, Astor Piazzolla.

Having already established herself as a brilliant and innovative cellist, steeped in the whole range of Western classical music, Beiser is constantly looking for new challenges. This one wasn’t hard to find.

“The tango music is in my blood, maybe just because I heard it so much when I was little,” she says. “I love that culture, I love the language, the music.”

Growing up on the kibbutz, Beiser and her sisters were exposed to a wide range of music by a father who was an enthusiast.

She recalls, “My father had perfect pitch and was a great music lover. This was his secret dream, to have been a musician. Music was such an important part of our family’s lives. My father loved classical, so that was a lot of what we heard, but we also heard tango and Mercedes Sosa, a lot of exotic folk music from the Andes. There is so much fascinating music that I wouldn’t have been exposed to if it weren’t for my father.”

Tito Beiser’s story is fascinating in its own right.

“The family came from Ukraine originally,” Maya says. “Baron Hirsch had bought land in Argentina for Ukrainian Jews trying to escape the pogroms and poverty. When they came to Argentina, they tried to recreate the shtetl life they had known, but they had to learn to become farmers and gauchos.”

Tito, who was the youngest member of the family, took to the rugged life of the gaucho but, as a passionate Zionist — “they all were,” his daughter says — his real ambition was to go to Israel and start a kibbutz.

And he did. He also became the Jewish state’s number one expert on cattle, founding the nation’s cattle industry.

Maya has a well-deserved reputation for actively seeking out new challenges. She long ago mastered the classical repertoire for cello and, as she explains, has yearned to explore other types of music with her instrument.

“My whole career has been about opening up different genres for the cello,” she says. “How can I make them come alive on this fabulous instrument? I love to take instruments from other cultures and make the cello sound like them.”

Inevitably, the bandoneón was one of the instruments whose sound she envied. It’s a small concertina, in appearance very much like a button accordion, but with a few technical differences. And it is the heart of the sound of tango.

The trajectory that tango’s history traces is sort of an inversion of Beiser’s. As she explains, “It’s music that came from the streets, poor urban neighborhoods outside Buenos Aires. It’s very raw. [The great tango singer and composer Carlos] Gardel and Piazzolla elevated it and made it more sophisticated, added all these classical elements.”

Piazzolla also steered the “Nuevo tango,” as his music came to be labeled, towards jazz. Which is where Ziegler comes in.

“He’s the real deal, a jazz pianist that has that incredible sense of tango,” Beiser says. “He knows how to play this music with the right feel. He had a great influence on Piazzolla, introducing jazz and improvisational skills, and he is a great composer in his own right.”

Beiser already had recorded a few of Piazzolla’s compositions on her 1999 CD “Oblivion,” including the title tune. When she and Ziegler met a few years later — they share the same management firm — the idea of playing together was a natural.

“We thought, ‘Let’s do this concert together,’” she says. “We try to create all these sounds with just our two instruments. It’s a great project for me.”

In addition to a generous helping of Piazzolla, the duo (occasionally supplemented in concert by percussionist Satoshi Takeishi) will offer some of Ziegler’s music as well.

“Some of his compositions are just as amazingly haunting, really gorgeous,” Beiser says. “And he’s a fantastic pianist. It’s a lot of fun for me to be working with him.”

Asked about the kind of adjustments necessary for a classically trained musician to put herself in an improvisational context, Beiser waxes philosophical.

“My journey as a cellist is about learning and expanding and evolving and finding new sounds and new ways,” she says. “As I’m going through this journey I’m taking my audience with me. It’s a great experience for me. I think classical music needs to do a lot more of that. There’s a stiffness that comes from playing the same thing all the time, striving for a perfection that doesn’t really exist. That’s not what we’re after; we’re after the human expression and how that translates through music.”