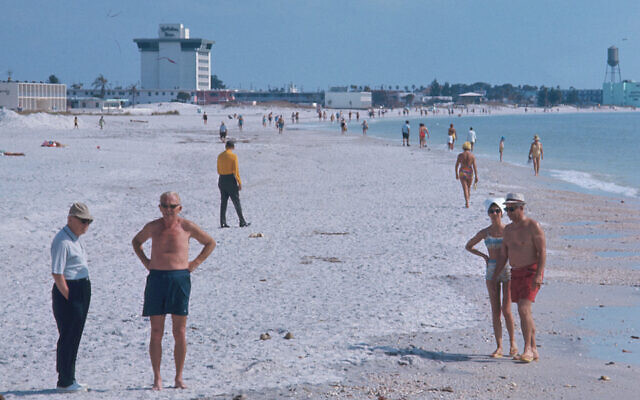 (JTA) — Until the other day, when a 13-story building inexplicably collapsed in the middle of the night, placing the whereabouts, and lives, of 159 residents in doubt, few gave Surfside, Florida very much thought. The town was, after all, a South Florida misnomer. There’s no surfing. The white caps on the Atlantic Ocean never provide enough tubular lift. The people of Surfside skew older. Nearly half of its 6,000 residents are Jewish, and of those, many are Orthodox.

You can call Surfside sleepy, but even that wouldn’t describe it. Until this week, nothing truly special ever happened there. Now, with a tragedy so titanic — and still unfolding — its name will become synonymous with misery.

To the casual observer, Surfside was a breakaway township from its more widely known neighbor, Miami Beach, just to its south. Those over the border on Miami Beach, and in Bal Harbor, the village to Surfside’s immediate north, for many decades had good reason to regard themselves as South Florida’s very own Old City of Jerusalem — a mixed enclave with a major Jewish quarter, and a bit more decadence.

Surfside didn’t have the Art Deco jazz-age sparkle or swinger elegance that the Eden Roc and Fontainebleau hotels offered back in from the 1950s into the ’70s. In Surfside, the Americana was the swankiest hotel. It once showcased a very young Jackson 5, long before any Billie Jean took notice of Michael. A rare excitement, but the town’s residents didn’t beg for more. Surfside enjoyed the stillness — on land and sea.

I know about Surfside. I grew up on 74th Street on Miami Beach. The horrific spectacle that FEMA has now declared to be a national emergency site is on 87th Street. By the time the Champlain Towers was built in 1981, I had long decamped for college and then New York.

I frequently return to Miami Beach, but mostly in my imagination. Many of my novels have featured scenes with Miami Beach as the backdrop. My last one, “How Sweet It Is!,” selected by the City of Miami Beach as its Centennial Book, is a nostalgic return to 1972 — a valentine, I call it — when Miami Beach was, oddly, the center of the world.

During that summer, Miami Beach hosted both the Democratic and Republican nominating conventions. Unlike the infamous Democratic convention in Chicago in 1968, Miami Beach police somehow avoided clubbing the heads of anti-Vietnam War protestors.

Jackie Gleason, who no longer had his TV variety show — once filmed live on Miami Beach — was palling around with his buddy, Frank Sinatra, who had recently retired — for the first time. You could find them drinking in hotels along Collins Avenue, recapturing the easy camaraderie of their younger days at Toots Shor’s saloon, near the Theater District in Manhattan. 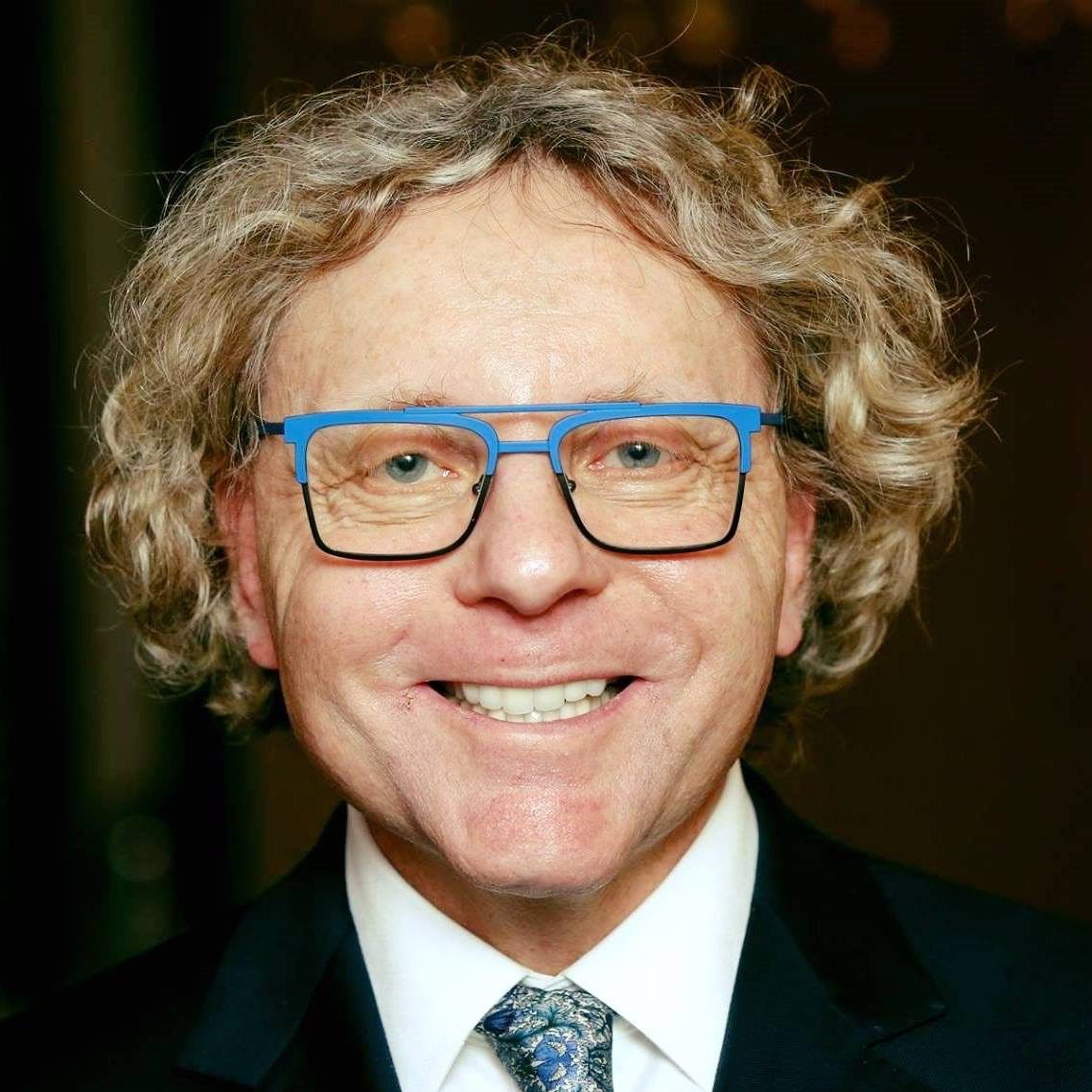 The cavalcade of stars did not stop there. Muhammad Ali sparred at Angelo Dundee’s 5th Street Gym and did speed work on the quicksand of the beach — in heavy sweat clothes. He was trying to reclaim the heavyweight championship, forfeited when he conscientiously objected to fighting the Viet Cong.

Meyer Lansky, the notorious Jewish gangster who two years later would be fictionalized in “The Godfather Part II,” had in 1972 just been extradited from Israel back to Miami Beach to stand trial for tax fraud. He would spend his days at Wolfie’s Restaurant on 21st Street, surrounded by an aging crew of Jewish wise guys still smarting over Fidel Castro’s takeover of their Havana casinos in 1959.

All of them appear in “How Sweet It Is!” (yes, Gleason’s signature signoff), reimagined, of course — along with one more special guest. The Yiddish novelist, Isaac Bashevis Singer, not long thereafter a recipient of the Nobel Prize for Literature, was spending the winters in Surfside. While there he unsparingly fictionalized the Jews of Poland before the Holocaust, and those who survived and lived in New York thereafter, capturing their comical lives of heartbreak, betrayal and loss.

Ensconced just over the Miami Beach city line, situated right in between two Jewish enclaves populated with those who had fled or escaped one hardship or another, he made a canny choice for a writer with a gravitational pull for the shortcomings and desperate moral choices of humankind.

One wonders what he might have written about the Champlain Towers today, a short distance from his own apartment.

All the avenues of Surfside were named for American and British authors. (Just west of the Champlain are Carlyle, Dickens, Irving and Emerson Avenues.) Eventually a street would be named for him. He must have enjoyed the irony that some of the hotels of Surfside once restricted Jews. One shamelessly boasted, “Always a view, never a Jew.”

He strolled the sunbaked landscape in a white suit and impish teardrop fedora. Always taking notes, he fiercely studied and measured the patterns of these transplanted Jews: melting snowbirds and Holocaust survivors looking to the sun to cure memories of more ashen, cloudier days; widows and divorcees, looking for a male ticket back to the northeast or out of loneliness; young families tired of the transit strikes and crime waves of New York; Hasidim who dressed in the sweltering Sunshine State as if still in Lublin; vaudevillians wearing makeup suitable to the burlesque surroundings of Miami Beach.

All of them immortalized in Kodak color, or in the pages of “My Love Affair with Miami Beach,” a book of photos by Richard Nagler, for which Singer wrote the introduction in 1990. Imagine them as Singer once did: plotting affairs, swatting tennis balls, staring at stock tickers, clacking mah jongg tiles, gliding discs along shuffleboard courts, and gesturing wildly about socialism.

“For me, a vacation in Miami Beach was a chance to be among my own people,” wrote Singer. He found them sitting on the Broadway medians and inside the cafeterias on the Upper West Side, too, of course.  But the Jews from Miami Beach were somehow of a different species — and not only because they were more prone to skin cancer.

It was a Shangri-La of Jewish misadventure, a shtetl still trembling but without Cossacks, the Chosen People out of choices, the detour of a once wandering tribe — finally at rest in and around sleepy Surfside.

At times like these, disasters, whether unnatural or manmade, leave the same feelings of loss.

And now it is home to new waves of Jews, reflecting the area’s diversity: retirees, of course, but also younger and wealthier Jewish families, many drawn to a booming Chabad; a large cohort of Hispanic Jews with feet in North and Latin America; a smattering of Israelis, and more Sephardic Jews than the national average.

The residents of the Champlain Towers were asleep until a nightmare roused them. Will any survive to tell this tragic tale? In time, this beachside plot will become another reminder of senseless Jewish death in America — acts of hate, or negligence, or of God: the Triangle Shirtwaist Factory fire in Manhattan and the massacre at Marjory Stoneman Douglas High School in Parkland, Florida; the Leo Frank lynching, the Temple bombing in Atlanta and the Crown Heights riots; and the antisemitic shootings: at the Jewish Community Center of Los Angeles and Jewish Federation of Seattle, and then at the Tree of Life Synagogue in Pittsburgh and Chabad synagogue in Poway, California.

At times like these, disasters, whether unnatural or manmade, leave the same feelings of loss.

Miami Beach has served as a refuge for some, and as a playground for others. An infinite coastline of condos always seemed to be rising from the sand. Today, unimaginably, we know that one can come crashing down.

Thane Rosenbaum is a novelist, the author of “How Sweet It Is!,” “The Golems of Gotham,” “Second Hand Smoke” and “Elijah Vislble,” among other works of fiction and nonfiction.