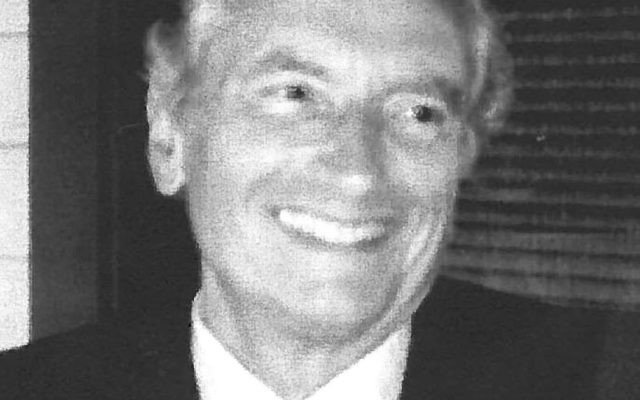 With the Exodus and slavery behind them, the Children of Israel are standing on the threshold of entry into Canaan. Moses is instructed by God to choose 12 distinguished men, one from each tribe, to scout the land. The 12 return, describing a land flowing with milk and honey — adding the word “efes” (“but”). All the noblemen excepting two, Caleb and Joshua, paint a picture instilling fear and trepidation in their listeners. The people no longer want to continue into Canaan, preferring a return to Egypt.

That night — the ninth of Av — the Israelites cried. God said the crying was uncalled for, and because of the protests and lack of trust, that date — Tisha b’Av — will forever be a time of tears, for generations to come [Ta’anit 29a]. In addition, the 40 days that the spies were in Canaan would now result in the Israelites wandering for 40 years, and all over the age of twenty would die in the desert. What seems to be almost incomprehensible is that these same people had been eyewitnesses to the most remarkable miracles wrought by God in the very recent past. That God was with them was evident, complete trust in Him should have come naturally; to God, ingratitude is a major sin.

“Ma’aseh avot siman l’vanim” (“the actions of the forefathers are a portent for the children”). Fast forward about 3,400 years. The Jewish people have experienced multiple Tisha b’Avs; nights of crying pervade their history. The worst of all tragedies had just ended, with a third of the people slaughtered in the Shoah. In 1948, the State of Israel is declared. Just 80 years before, Mark Twain in “The Innocents Abroad” described the desolation he saw in Ottoman Palestine, “a desolate country whose soil is rich enough, but is given over wholly to weeds … a silent mournful expanse.”

That began to change, and with the creation of the state, the transformation accelerated. Jews from the DP camps and Muslim nations commenced to flock to this little strip of land on the eastern Mediterranean. The Kibbutz Galuyot, the ingathering after 2,000 years of exile foretold by the prophets, began in earnest. However, for various reasons, there were Jews who opposed the return to the land, or opposed support for the state. Citing theology, they believed that Jews were not to reclaim the land by force or to rebel against the nations; they believed that Jews were not a national group but a religious one; that dual loyalty accusations will hurt them; that the Messiah had not yet arrived.

There is a belief among the faithful that if God doesn’t desire an outcome, that action will necessarily fail. What have we seen in the last 69 years of the state? We can find Jews from literally the four corners of the earth, living together. We can hear over 50 languages. Israel has become a world-class leader in medicine, technology, agriculture, military, the arts, humanitarian efforts and not least of all, Torah learning. The War of Liberation; the Six-Day War; the surprise attack of the Yom Kippur War; the constant threats from Israel’s neighbors, have only resulted in the nation getting stronger. Should any of this not indicate that possibly God is approving this enterprise? Should those who do not recognize the state’s religious significance not have doubts about their views?

Yes, there is much that needs improvement. The Jewish state is a work in process. But is our lack of gratitude after all these miracles and achievements not reminiscent of our ancestors in this week’s Torah portion? When I attend a minyan that omits the “Prayer for the State,” or the prayer for those serving in the Israel Defense Forces, I am deeply saddened. Some of the forbearers of these congregants had no trouble praying for the well-being of Emperor Franz Joseph or Czar Nicholas II. Does the government of Israel deserve anything less?

There is a teaching from the Sages [Mishnas R’Eliezer] that kefiah (ingratitude) is a form of kefirah (heresy). We read in Deuteronomy of the farmer bringing his Bikkurim (first fruits) to the Temple. The farmer then proclaims and acknowledges all the good that God has given him in bestowing the land that continues to flow with milk and honey. Rashi comments [Numbers 26:3], the farmer does not want to be a “kafui l’tova,” an ingrate for all the good that has been bestowed upon him from Above.

May we all look to the farmer with his Prayer of Thanksgiving as our role model, and not repeat the sins of Shelach and its consequences.

Fred Ehrman is a retired investment adviser and securities analyst. He has held leadership positions in several Jewish organizations. He is currently in his fourth of the seven-and-a-half year cycle of Daf Yomi, where a folio of Talmud is studied each day.