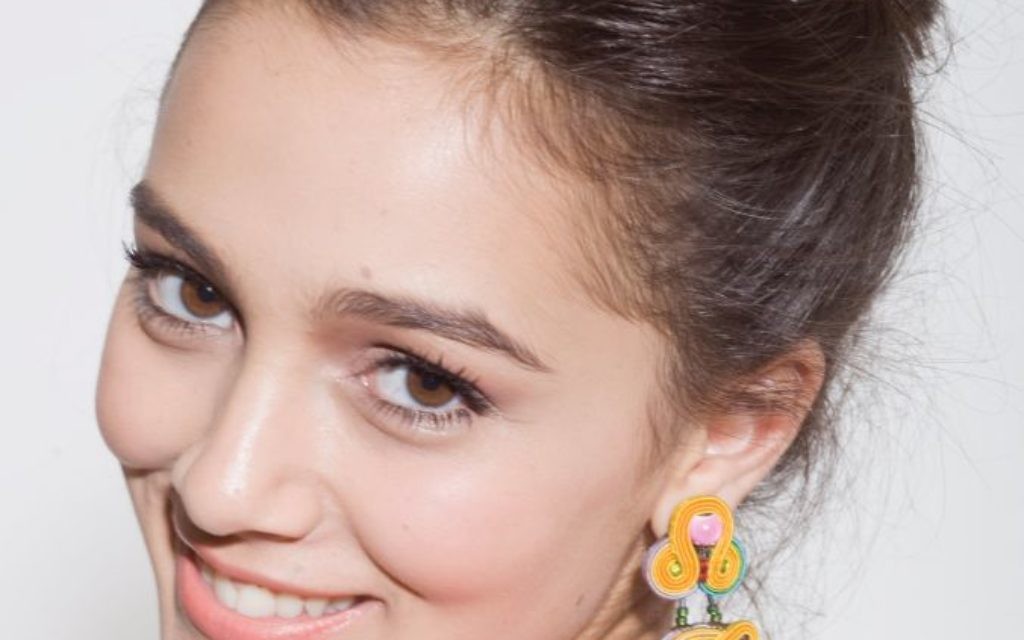 On stage, Ofir Ben-Shitrit is in her element — her voice, rich and soulful; her entire being infused with song. But off stage, it was her personal story, as much as her singing, that captivated the Israeli public last winter.

Ofir, just 17 at the time, was suspended for two weeks from her religious all-girls school in Ashdod for violating the Jewish laws of kol isha when she participated in the Israeli talent-search television show, “The Voice.” According to strict interpretation of these laws, men are not supposed to listen to women sing.

Many viewers, Israelis and American Jews, expressed indignation: How could the school dare squelch talent like that? Yet despite her notoriety, when I spotted Ofir, along with her mother, Odelia, at the Midtown coffee shop where we’d agreed to meet last week, I almost didn’t recognize the young woman waving demurely at me. Her long hair drawn back in a bun, her dazzling eyes obscured by glasses, her height just over 5 feet, her demeanor anxious, Ofir seemed a shadow of her stage self.

“You’re so small,” I couldn’t help remarking. She smiled. She’s heard that before.

In New York to perform at the opening of the Jewish Orthodox Feminist Conference earlier this month, Ofir, now 18 and in the Israeli national service, had spent the week in the city with her mother, marveling at sites they’d only seen in movies.

The mother-daughter pair, with Odelia translating, chatted with me for more than an hour over glasses of lemonade about life on their religious moshav. At Nir Galim, Friday night dinners often last several hours, with 20 to 30 people drifting into their home afterward for talking, singing and eating, no invitation necessary. At Nir Galim, the Orthodox residents accept, and expect to hear, women’s voices.

“I feel like there is no problem to sing in public as long as I do so in a modest way, not a provocative way, as long as I’m doing it with a pure intention,” says Ofir, who came in second place in the TV competition last year, and is currently working on a couple of artistic projects, including a gig with four musicians from “The Voice.”

Ofir has loved to perform for as long as anyone can recall. When she was 3, the family traveled to Eilat for a vacation, and while her parents were enjoying a talent show at a local hotel, the couple noticed a familiar little girl on stage. Odelia recalls her husband Avram whispering, “Prepare yourself. She has the disease.”

As time went on, she developed new symptoms. At 11, Ofir began composing songs, shifting between themes of love, hope and prayer. She sung in front of her mirror with a hairbrush as a mike. She entered her school’s singing contest and won every year for six years. One day last fall, Ofir’s aunt, Efrat, surprised her niece, bringing her to an audition for “The Voice.” Efrat had told Ofir nothing of this plan, but Ofir went along — and won a slot on the program.

After news of Ofir’s role became public, the Internet buzzed with commentary, not all of it kind. For the teenager, it was a difficult time. “The extremists were very angry,” says Ofir. On the other hand, “her friends at school said she should have gone on the show years before,” notes Odelia.

Odelia, who is 42, and a graduate of the same school, wasn’t ruffled. A mother of four and manager at a pharmaceutical company, she was able to dictate the terms of the school’s punishment, scheduling Ofir’s suspension during a time when many students would be staying home anyway.

Odelia says that when Ofir performs, it feels for her as if “angels were singing,” and that she’s a proud mother because Ofir brings the values she’s learned at home with her onto the stage. As a parent, Odelia’s priority is making sure that her daughter “keeps her two legs on the ground,” and continues to live as an observant Jew.

But Ofir must pursue this dream, says Odelia, “This is the natural place she needs to be.”

Elicia Brown’s column appears the second week of the month. E-mail: eliciabrown@hotmail.com. Watch Ofir Ben-Shitrit on “The Voice” at youtube.com/watch?v=RBCaqHwhEC0