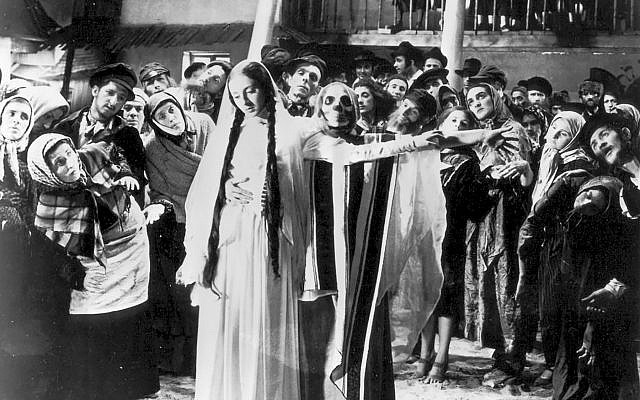 There is an odd misperception that all Yiddish film is either Molly Picon singing her heart out or family melodramas in which a neglected mother sacrifices for her children. In fact, as a new series of six titles, “The Jewish Soul: Classics of Yiddish Cinema,” that opens May 26 reminds us, Yiddish films were as variegated as any national cinema.

That’s what Bret Wood was aiming for. Wood, the senior vice president and producer for archival production at Kino/Lorber Films, has enjoyed some recent success with the company’s impressive boxed set of pioneering women filmmakers of the silent era. He was eager to take on a similar project in a different realm. Chatting with Serge Bromberg, whose Paris-based Lobster Films are similarly inclined, he found that Bromberg was planning restoration versions of three Yiddish titles: “The Dybbuk,” “Mir Kumen On” and “Tevya.”

Wood thought that sounded promising, but “Pioneers: The First Women Filmmakers” has six disks, totaling a running time of over 28 hours.

“We wanted to create a hefty collection,” Wood said. “We wanted people to see what Yiddish films have in common, but also how different they can be.”

Bromberg actually was already working on three more titles: “American Matchmaker,” “Her Second Mother” and “Overture to Glory.” Bruce Goldstein, the director of repertory program at Film Forum, came on board and a series was born. Eventually, Wood will add four more films (yet to be named), and Kino/Lorber will release a box with all 10 titles.

The half-dozen films on display at Film Forum provide a deliciously assorted showcase:

♦ “The Dybbuk”  (1937), directed by Michal Waszynski, is arguably the greatest Yiddish-language film ever made, an eerie, hypnotic compound of German expressionism, Jewish tragedy and a fog compounded of graveyard dust, mysticism and a little old-fashioned hokum;

♦ “American Matchmaker” (1940), an uncharacteristically light farce by Edgar G. Ulmer that turns very dark and Ulmeresque as the implications of its ornate comic plot begin to dawn on the participants. Leo Fuchs sings amiably and looks great in a tux;

♦ “Mir Kumen On” (1936), a relentlessly upbeat documentary about the patients in a sanitarium for children with tuberculosis. Imagine “Boys Town” with Polish socialists instead of Spencer Tracy;

♦ “Tevya” (1939), with Maurice Schwartz recreating his legendary performance as Sholem Aleichem’s philosophical milkman, watching his daughters drift away and his shtetl erased;

♦ “Her Second Mother” (1940), because no Yiddish series is complete without at least one long-suffering mama. Classic shund (melodrama) with Yetta Zwerling comic relief and a full-bodied Sholem Secunda score; and

♦ “Overture to Glory” (1940), with Cantor Moyshe Oysher succumbing to the lure of the Warsaw Opera, but dashing home in time for “Kol Nidre.”

Wood notes that there is another reason for enshrining the Yiddish cinema of the 1930s and ’40s. “These are fascinating examples of American independent cinema, long before we realized such a thing existed,” he said.