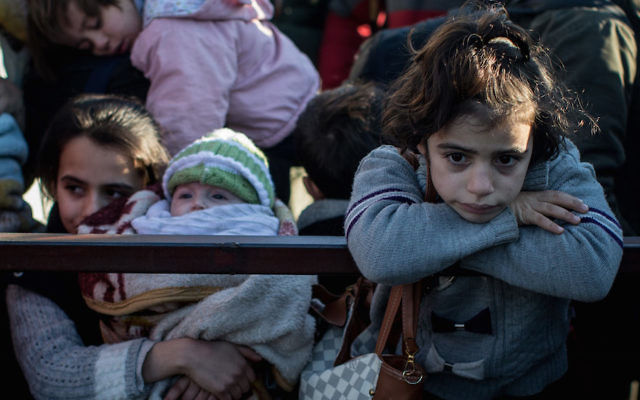 A young girl waiting in line to pass through a border gate as a small number of Syrian refugees are allowed to return to Syria at the closed Turkish border gate in Killis, Feb. 8, 2016. JTA

As contributing editor Nathan Jeffay reported from Israel last week, the government in Jerusalem has made public the extent of its humanitarian aid for Syrian civilians, victims of the devastating civil war that continues after more than six years and has claimed hundreds of thousands of lives.

Though Israel and Syria remain at war technically, the Israel Defense Forces (IDF) announced that more than 4,000 Syrians, including hundreds of children, have received medical treatment in Israeli medical facilities in the north. In addition, as Jeffay noted, Israel has provided Syria with generators, fuel, water, flour, baby diapers and tons of food, shoes and winter clothing.

It’s important for the world to know that Israel has a heart. Many in the Jewish community are aware that Jerusalem has been at the vanguard of emergency service providers when disasters strike around the world, including earthquakes in Turkey, Haiti and Nepal. The IDF’s military field hospital is recognized as one of the best, and most active, in the world. Jerusalem’s commitment to tikkun olam, repairing the world, is an essential element of Zionism and consistent with the biblical command to be “a light unto the nations.” 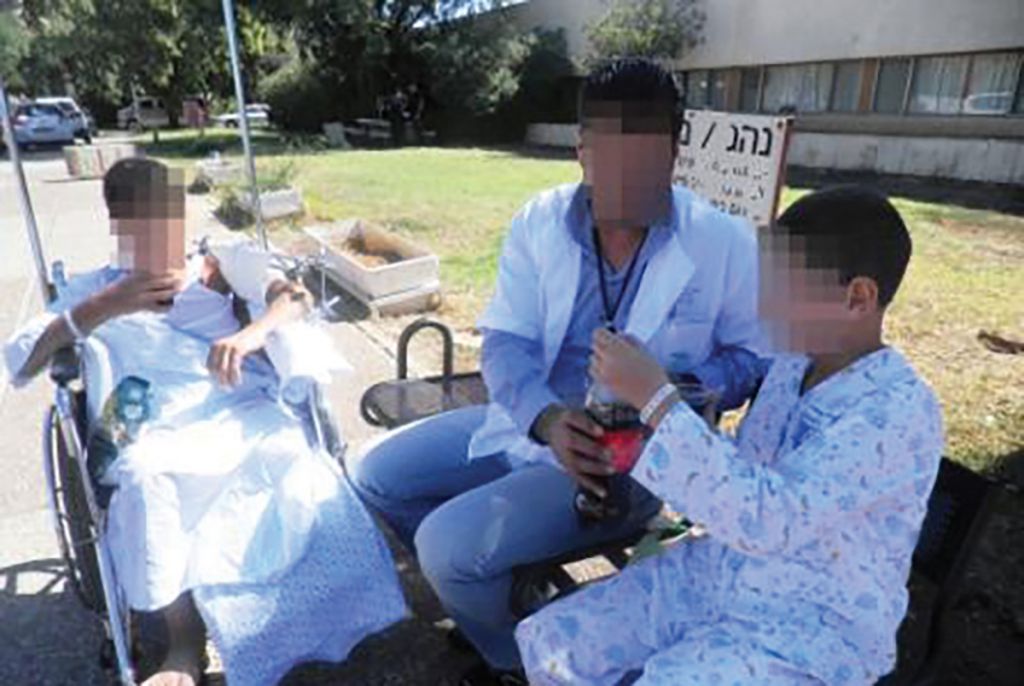 Too often Israel is given a black eye in the international community, and especially by the United Nations, held to higher standards than virtually any other country and quick to be accused of human rights violations by representatives of despotic regimes.

In addition to its humanitarian impulse, though, Israel has strong strategic reasons to extend itself to its neighbors — diplomatically, politically and militarily as well as medically. In seeking to assure that the Syrian civil war not spread into Israel, the IDF has taken military action when deemed necessary to prevent Iranian-made missiles from being brought into the area. Jordan has been given strategic aid and information for many years to keep the fragile country, about half of whose population is Palestinian, stable. Israeli and Egyptian military officials are in close contact, especially concerned about Islamic terrorists in the Sinai. Under the radar, the Gulf states and Saudi Arabia recognize Israel as an ally against an Iran they fear will become nuclear in the next decade. And for all of the bellicose, hateful rhetoric from the leadership of the Palestinian Authority, its security forces work closely with Israeli counterparts to protect the PA from Hamas and other radical militants.

All of this cooperation, though, is not enough for these Arab powers to publicly recognize Israel as a legitimate and Jewish state. They prefer to reap the benefits, privately, while maintaining their insistence that Israel end its occupation of disputed West Bank land. Still, the argument can no longer hold weight that Israel is the core problem in the Mideast. And it is the “sons of pigs and dogs,” as Jews are described in the Palestinian media, who are providing first aid, nourishment and security to many in the Arab world.