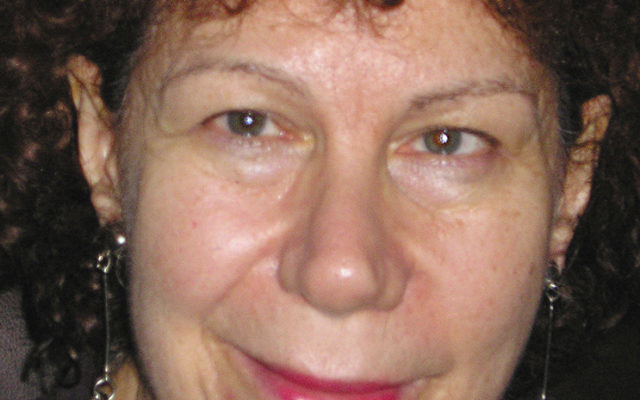 When we lose some material possession, no matter how small, our memories and entire sense of ourselves are called into question. We all know the feeling of relief when we find something we thought gone forever. What is Redemption, says Reb Nachman, but the return of the lost?

When he is sold, Joseph loses his family and social standing. The solidarity of the brothers is torn apart. Judah loses his authority among his brothers and voluntarily leaves home, seeking a different social context corresponding to his inner sense of spiritual degradation. Though both Abraham and Isaac warned their sons against marrying a Canaanite, Judah, the noblest of his brothers, betrays his father a second time by setting out to do just that.

At precisely this juncture, when the spiritual level of the family was spiraling downward, says the Midrash, God was nurturing into existence the messianic light by means of a woman — Tamar.

The Midrash says Tamar came from noble origins, descended from Noah’s son Shem, rather than from Shem’s decadent nephew Canaan. The Canaanite woman Judah married, and Tamar, the one he selected for his firstborn, were entirely different. For his son, only the best would do.

On the death of Judah’s firstborn, the text states bluntly that “he was evil in God’s sight and God killed him” [Genesis 38:7]. In his determination to retain Tamar as part of his family, Judah gives Tamar to his second son, who also dies for being unfit. Although Judah promises her to his third son, he hesitates. He was increasingly aware that this special woman belonged in his family, and while he had no intention of losing her, at the same time he considered her somewhat responsible for the death of his two sons, and was reluctant to sacrifice his third.

Denied the third son, Tamar takes the initiative. The marriage that was to produce the messianic line could come only from the unadulterated royalty of Judah. It comes about under ambiguous circumstances, when Judah, under the misconception of casually engaging a harlot, engages with Tamar, in disguise, her face covered, instead. [Gen. 38:15-16].

Supremely conscious of her own motives, Tamar asks for specific items: Judah’s seal, belt, and staff. His whole identity as husband, leader, and father serves as a pledge for the ultimate payment.

As far as Judah knows, the mysterious stranger has vanished, and with her the proofs implicating him in the encounter. He sends a Canaanite friend to look for her but she cannot be found. Meanwhile, after three months, Judah learns that his widowed daughter-in-law is pregnant, and self-righteously orders that she be burned for dishonoring his family. Possibly he bears an unconscious grudge for the death of his two sons, and demands the extreme penalty.

As she is dragged to her death, Tamar gropes about for the objects that might save her life and those of the unborn twins. The mystical phraseology of the “he and she” used in the Midrash suggests that, far from being guilty, the pair had been engaged in a sacred act.

The pledges are nowhere to be found. Throughout, Tamar had been driven by belief in Judah’s inherent nobility. But when she saw him call for a bet-din court composed of all men, including members of his own family (Isaac, Jacob, and Judah himself) all prepared to screen their own, she might well have quailed. Nevertheless, she would sooner be burned at the stake than betray the name of her lover and dishonor him in public. If he did not speak out but hid behind his family, then her faith in him would have been betrayed and she would not care to live.

But at last, the Midrash continues, her eyes light up. God helps her “find” her lost pledges. And here is enacted Reb Nachman’s prescription for Redemption. Tamar merely dangles these small symbols of his identity in front of him, “Acknowledge, I beg you, to whom this seal and belt and staff belong?” According to the Midrash, what she is asking from him is far more than to legitimize their relationship and save her life; she is begging him to lay bare the depths of his entire checkered past. All this is summarized in the Midrashic admonition “acknowledge your Creator.”

Taking responsibility for precisely the darkest aspects of one’s nature is the only way to bring about redemption in the personal sphere and beyond.

Judah rises to the challenge. With his admission “She is more righteous than I, for I did not give her to Shelah, my son!” Tamar’s faith is vindicated. His regained moral stature permits him to claim not only the crown, but also the woman who signifies nothing less than that lost part of his soul. “And he knew her again no more” [Gen. 38:26].

Freema Gottlieb is the author of “Lamp of God: A Jewish Book of Light,” and “Jewish Folk Art.” She has written for The New York Times Book Review, The New Republic, the Times Literary Supplement and Partisan Review.