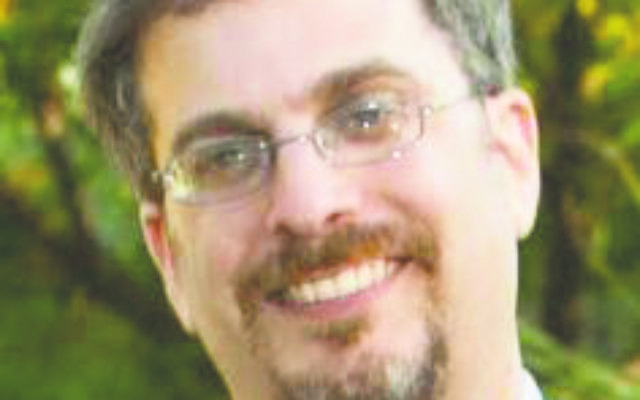 In many Jewish communities, there is a custom to eat dried fruit from the Land of Israel on Tu b’Shvat (the 15th of Shvat). It marks the “New Year” for the fruit of the trees, and this year it falls on Jan. 26.

A look at the origins of this custom show why it was initially quite meaningful, but makes little sense and is even quite ironic today.

Tu b’Shvat evolved over time. Originally it was nothing more than a demarcation line between two years’ worth of crops, with ramifications for the various annual tithes and contributions — taxes, in essence — required by Jewish law. It was not a holiday in any sense. But during the long exile, when few Jews were able to live in the Land of Israel, and the original meaning of Tu b’Shvat became irrelevant, many Jewish communities began eating fruits symbolically on Tu b’Shvat, imbuing it with a sense of celebration and longing to return. In the 16th century, the mystics of Safed intensified the celebration, and an elaborate ritual meal was developed around the eating of the land’s produce. Tu b’Shvat has continued to evolve, especially after the Jews returned en masse to their ancient homeland over the past century, but the custom of eating the fruit of the land has persisted.

Most particularly, it became customary to eat dried fruits on Tu b’Shvat. I grew up in the U.S., and my Orthodox elementary school celebrated Tu b’Shvat with dried fruits that, if they did not actually come from Israel, were supposed  to remind us of Israel. Pressed figs, dried dates, and raisins — all dehydrated forms of the seven crops for which the Holy Land was known — featured prominently. Dried apricots were thrown into the goody bags, perhaps to add some color or as a nod to the State of Israel’s modern and diversified agriculture. Then there was carob — bokser in Yiddish – which in its dried state seemed less like a food and more like something with which to make shoes.

It is obvious how the custom to eating fruit in its dried form specifically developed. Like Groundhog’s Day, Tu b’Shvat is linked to the midpoint of winter, halfway between the solstice and the vernal equinox. This is the time of year when fresh fruit was least likely to be available, especially in the cold countries of the Ashkenazic diaspora. Drying fruit was a way to make it more durable and portable: it could last through the winter and also would not spoil or spill in transit. As a rule, until modern times, the only way that a diaspora community could obtain fruit from Israel for Tu b’Shvat was if it was in its dried form. Even in the land of Israel, dried fruit would have been more abundant at this time of year. Thus, we have an example of a custom born out of a very straightforward reality.

Still, old habits die hard. Even with the advent of refrigeration and rapid transport, which would enable Jews in the coldest climates to get fresh fruit in the winter, the old habit of eating dried fruit on Tu b’Shvat remained. So grade schoolers in Israel and the diaspora continue to suffer through the leathery bokser rather than enjoy fresh apples and oranges. It is part of the experience, we are told.

In Israel, the persistence of this custom takes on an ironic dimension, as much of the dried fruit available there is imported, especially from Turkey. Each Tu b’Shvat, domestic growers engage in marketing campaigns and rabbis issue exhortations encouraging their target audiences to purchase and consume Israeli dried fruit instead of imports. After all, the original custom was to celebrate the bounty of the Holy Land.

Yet there is a much simpler solution: Eat fresh fruit.

The custom of eating dried fruit began only because fresh fruit from Israel was not available; dried fruit was never the ideal. While it may be appropriate to include one dried item on the Tu B’Shvat menu, as a reminder of times gone by, today we can celebrate Israel’s agricultural bounty in a much tastier and dizzying variety of ways.

As its agricultural sector shrank in proportion to the overall GDP, and as it became clear that it is not terribly wise for a semi-arid country to export water-intensive crops like citrus fruits, Israel has emerged at the forefront of efforts to breed new varieties of fruits and vegetables; Israel’s crops are now more durable, sweet and exotic, and less thirsty. Perhaps it is this sort of bounty, the product of the union of Israel’s rich soil and human genius, that ought to be celebrated on Tu b’Shvat.

This Jan. 26, why not enjoy a revital, the Israeli-bread nectarine varietal with the texture and flavor of a mango? Or a pomelit, a grapefruit-pomelo hybrid developed in Israel? Or a brown-fleshed chocolate persimmon?

A passage from Rabbi Abraham Isaac Kook suggests that this transition from a small set of dried fruits to a wide array of fresh ones may serve as an apt metaphor for contemporary Jewish experience, especially since the return to the land of Israel. Diasporic Jewish existence is like a dried fruit: flavor and freshness are sacrificed in the interest of durability and portability. Where Jewish experience is fuller and more wholesome, we are free to explore its possibilities for freshness and newness without having to focus on surviving a hostile climate and a bitter winter.

A little something to chew on along with the bokser.

Elli Fischer is a writer and translator from Modiin.