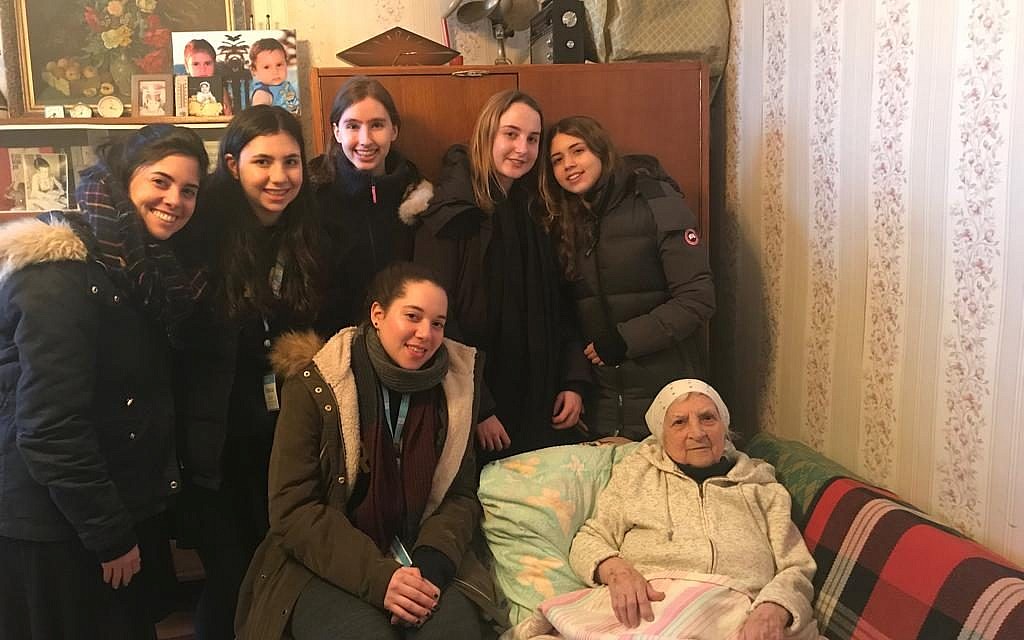 Alongside friends and fellow world travelers I got to turn 16 three times this year, in three different time zones. Sent by The Ramaz School in Manhattan and the Jewish Distribution Committee (JDC), an organization designed to save Jewish lives around the world, we were on a mission to Moldova, a small country, formerly part of the Soviet Union, nestled between Ukraine and Romania. Our goal was to interact with the Jewish community living in the poorest country in all of Europe, and in particular, with teenagers at the youth groups in Moldova Jewish community centers and visit the elderly in their homes. Before the journey, I envisioned a dying, dwindling community of few Jews, a community that was surviving solely on the support of American largesse. However, the moment I arrived, I was immediately exposed to a vibrant cohesive community, which was anything but shrinking.

Upon arrival to Moldova, after collecting our luggage and exiting the Kishinev International Airport, a group of Moldovan teens and activity coordinators from the JDC greeted us smiling, holding hand-painted signs and colorful balloons, singing happy birthday in Hebrew to me. Not only was I surprised they knew it was my birthday, but I was also astonished at their level of Hebrew. No one at Ramaz, or any faculty in America gave the Moldovans advance notice, but when photocopies of our passports were sent to the Moldovan activity coordinators, they noted the birthdate on my passport. Immediately, there was an international embrace, and I felt welcomed instantly. We all hugged and introduced ourselves, as the excitement for the upcoming adventure together grew. As we embarked, the Moldovans teens and coordinators told us there was a celebratory pie waiting for us at the hotel. The pie was specially prepared at one of the two synagogues in Moldova, called the Hay Synagogue, the only source of Kosher food in Moldova. The Hay Synagogue prepares daily kosher meals for the few in Moldova who keep Kashrut. I just met these fellow Jews, and their genuine kindness was apparent from the start. 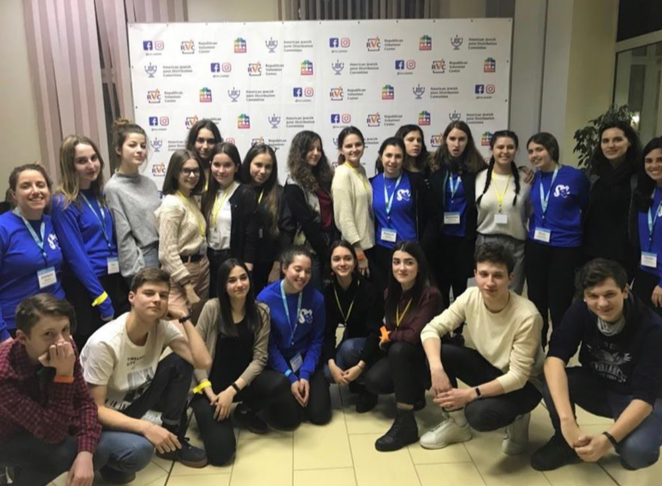 On the bus ride to the hotel, each student from Ramaz sat with a Moldovan teen, and as we conversed, I noticed just how many similarities I share with these teenagers. I asked questions about Moldova, being Jewish in Moldova and they asked me about America. We realized that we share the same taste in music, enjoy the same television shows and struggle with the same subjects at school. By the time we said goodnight to the Moldovans, I was looking forward to talking to them the next day and meeting other teens.

An obvious difference between Moldova and America, is the economic situation. Without financial opportunities, about 106 people leave Moldova daily in search of a more secure future. Many travel to Russia and other countries in Europe, to send money back to family in Moldova. The situation is so desperate, that parents leave their children to find work across borders. Our visiting group from America was invited to the home of 18-year old Alexander, who lives alone with his 16-year old sister, Tatiana. Alexander and Tatiana lost their father, and soon after, their mother moved to Moscow in search of a job. Alexander has been living with and caring for his sister, and together, they share the work needed to maintain their rural home. The two live in  a deeper state of poverty than their urban counterparts in Kishinev. Without running water, they must draw water from a the well outside their home. Alexander built an outhouse himself, as there is no bathroom in their one bedroom house.

The JDC also, quite literally, “puts roofs over people’s heads.” Recently, Alexander’s roof collapsed, and the JDC restored it. I was shocked that even in 2019, people must live in conditions such as these. Yet, Alexander and Tatiana do not despair, and manage to enjoy day to day life in the community. It is inspiring to meet people who materially, have so little, yet continue to remain happy and optimistic for the future. Alexander told us that over the years, he and his sister learned many recipes for desserts, and now he knows how to bake cakes and cookies. The simple pleasure that he gains from baking, made me realize that people do not need a lot to be truly happy, it is what you do with what you have, that can determine your attitude.

Alexander also told us of his goal of becoming a tech engineer, and to eventually improve their living conditions. His mental perseverance and optimism made me reflect on the things in my life that I am unhappy about and I realize how trivial my complaints are by comparison. To be warmly welcomed in someone’s home, who is not embarrassed or uncomfortable with his sparse living situation, made me gain a lot of respect for Alexander. I began to reflect on my life in New York with a more positive attitude. For example, although my parents live apart from each other, I see them both all the time, as they live in the same city. Alexander only sees his mother twice a year, for less than a week each time.

Much of the trip was spent at the Kishinev Jacobs Jewish Center, which is located in Moldova’s capital, Kishinev. This communal Jewish institution hosts activities for people ranging from young children to the elderly. I bonded with the Moldovan teenagers through many non-verbal games, singing and dancing. Throughout my trip and interactions with Moldovans, I noticed that vocals, dance and movement were a form of connection not only with me and fellow American visitors, but with one another.

Our group was able to celebrate a birthday party of a Moldovan, where locals were dancing to Klezmer, Yiddish Folk music. As I watched the community, both young and elderly dancing together, I appreciated the fact that people weren’t focused on Snapchatting and publicizing this event to show others who were not present, instead, everybody was enjoying the live music and each other’s company. I was a dancing partner with one of the locals, and she guided me through the dance steps. I asked her if she was from Moldova, and she said that she is from Milan, Italy, and is visiting to celebrate the birthday of one of the men in the room.

I thought this was so nice, that people were coming from all over Europe together to celebrate with each other. I realized then that while it may be difficult to keep the laws of Kashrut in Moldova, Judaism in Moldova is about community and human togetherness. The energy with everyone was so raw, that I felt it when I walked into that dancing room. It was what made me want to get up and dance with people who I did not know at all. I truly felt that I was part of the local gestalt, as opposed to a scene created for tourists. Honestly, when my teacher told our group that we were attending a “Yiddish concert,” I was extremely unexcited. However, once I saw everyone celebrating together, being together, relishing in their community, I wanted to be a part of it too, and hopefully bring this sense of closeness back to my community in New York.

For our final official activity, we sang as a group. The Moldovan teens told us they frequently sing Hebrew songs on Friday nights for Shabbat and on holidays. Each time we suggested a new Hebrew song to teach the Moldovan teens, I was astounded to discover they already knew it. We finally settled on Kol Haolam Kulo. One of the teens recorded us singing in order to teach younger children in the future.

As we swayed, singing in unison to the strumming on Eva’s (one of the Moldovan teens) guitar, there was a feeling throughout the room that we were all in the present. There were no apparent differences between the two groups of youths from such disparate parts of the globe and socioeconomic backgrounds. All the voices blended into one beautiful Jewish moment that resonated with the yiddishe neshamas and smiling faces of one unified group. I could not have thought of a better way to spend my birthday.

Samantha Sinensky is a sophomore at The Ramaz School in Manhattan.