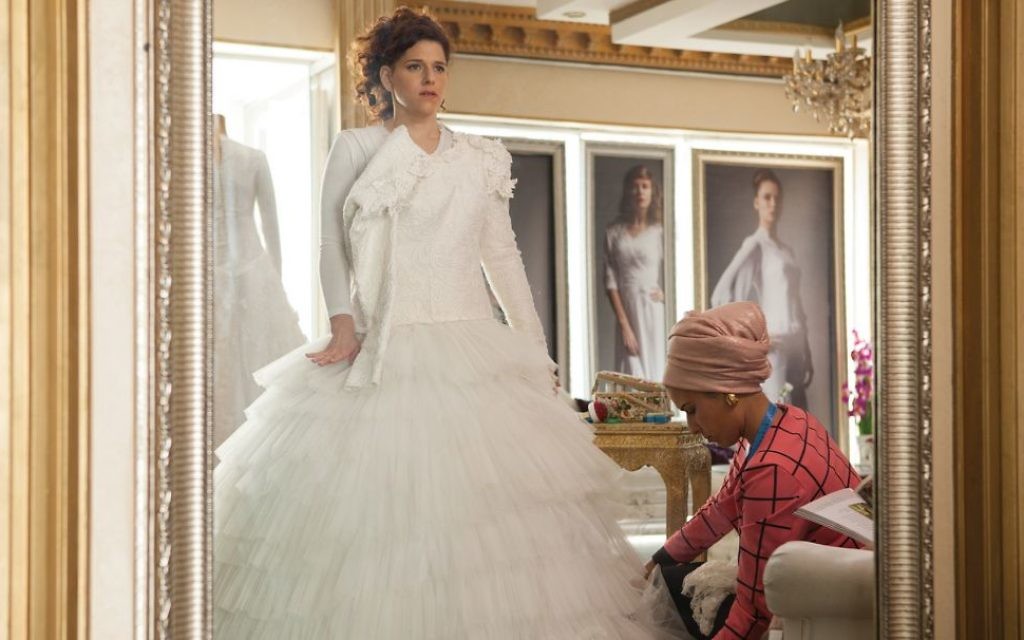 I was fortunate some years ago to take a Columbia University seminar on feminist literature with one of the pioneers of its study, the late Carolyn Heilbrun. What I took away from that semester is that women need to be able to create their own plots for their lives, and that a feminist piece of literature is one in which a woman creates a storyline for herself. So many novels with strong female characters end in the suicide or death of a character who finds she ultimately has no place in the world: Kate Chopin’s “The Awakening,” Edith Wharton’s “The House of Mirth” and Virginia Woolf’s “To the Lighthouse.” (Woolf committed suicide, as did the poets Sylvia Plath and Anne Sexton, who wrote some of the most renowned mid-20th-century works about women.) So to find a tale about a woman in which she is the one planning and executing the events of her life complements the notion of feminist narrative and what it can be.

When the woman creating the tale is a card-carrying member of the ultra-Orthodox community in Israel, a self-determining female seems all the more radical. So director Rama Burshtein’s second film, “The Wedding Plan” — the central question of which asks whether an individual has a right and an ability to make her own fate — is something of a quietly radical document. As is the character’s answer to the question: that, yes, a woman can indeed both articulate what she is seeking to make her happy in life, and get it. (Burshtein’s debut film, “Fill the Void,” seems less radical; it focuses on a young charedi woman who has to decide whether to marry her sister’s husband after her sister dies in childbirth.)

The main character in “The Wedding Plan,” Michal, is a 32-year-old returnee to Judaism, a Bratslaver chasid who follows the teachings of the “Dead Rabbi” Nachman of Bratslav, whose atypical followers never chose a successor to his rabbinic dynasty. Michal has been seeking a mate for 11 years, putting herself through dates with 123 men for 490 hours, she calculates in a conversation with her confidant.

The movie opens with Michal going to see a woman of Sephardic origins to seek her advice. In the waiting room, instead of watching TV, Michal recites Psalms, and soon she is ushered into the kitchen, where the woman works. She asks Michal to knead challah dough and separate a portion to be burned in memory of the destroyed Temple, and we see Michal put all her anger and frustration at the difficulty of finding a mate into the act of kneading. Don’t kill the dough, the woman quips.

After she has made the blessing over the challah, Michal and the woman sit across from each other at a table, a dead fish in a bowl placed on the table between them. The woman dabs the blood of the fish on Michal’s face and asks her how much she wants to get married and why. Michal says, “very much,” and the woman reminds her, numerous times, not to lie. The ritual, with Michal’s objection to the smell of the blood and the woman’s insistence in daubing her face three times, seems to be constructed to force Michal to articulate her desires. It is the desperation Michal feels in hopes of having her desires fulfilled that allows her the brutal honesty that does finally gain her a spouse.

Michal finally tells the woman that she wants to love and to be loved, and that she wants a husband to sing her “Eshet Chayil,” the prayer for the woman of valor in Proverbs 31 that religious Jewish husbands sing to their wives. In expressing her true urges, perhaps she is like the animals she parades as a children’s birthday party entertainer.  It seems significant that the name of Michal’s business is “Life Corner” (Pinat Hachai Shel Michal); the “chai” is a pun both on animals, “hayot,” and on life itself. Michal is a woman who wants life.

I would argue that the there are two crucial moments in the film, ones that stoke the plot. The first occurs when the wise woman asks Michal, “What do you want?”; the second when the tailor fitting her for her wedding gown asks what right she has to determine that now is the time to marry. Michal responds, “For my sake the world was created,” a quote from the Talmudic passage Sanhedrin 37a. Her interlocutor asks her whether, even though God can get her a spouse by the eighth night of Chanukah, the culmination of the miraculous in the Jewish year, perhaps she should consider that God does not want to. Michal holds her own in her view of faith, saying that she does not believe God is cruel.

Nothing in the plot would move forward were it not for those moments when Michal needs to learn to articulate her own responses to significant questions. The questions she can’t answer seem significant as well, such as when the rabbi who will perform the wedding comes to Michal’s home and asks what will happen to her faith if the groom does not come. The scene ends with Michal being unable to answer as the rabbi is ushered out the door.

A feminist narrative is one guided by the desires of women, and in that, the whole movie is following Michal to see how — and if — she can achieve her goals. Without giving too much of the plot away, Michal’s faith is what enables her eventual groom — at the last moment, when she is at the wedding hall in her dress, guests invited, musicians ready and banquet food prepared  — to decide to marry her. He is impressed by her faith, and was smitten from the moment he first saw her, having seen her remain steadfast in it.

I believe that the film’s message is not that God works miracles in the modern world to make the impossible into the possible, but that it is the faith of Michal itself, rather than divine intervention, that moves the intended groom to declare himself. The vehicle for her faith is the radical honesty she is able to articulate about what she wants. Michal’s needs and desires, which foster everything from her honest expression of her doubts at the grave of Rabbi Nachman in Uman, Ukraine, to her confidence in telling all she will find her groom, are the mechanisms that propels every aspect of this film.

Burshtein said in an interview on Israeli television that the message of the movie is to believe good things are possible, to believe in the good. Though she might say that those good things flow from God and God’s making things possible, I suggest that the agency the character allows this by clearly articulating what she wants and need, and this is what turns the impossible into the possible. As Burshtein says in the television interview, for Michal, even gaining the love of a highly desirable rock star (played by real-life star Oz Zehavi) is a possibility, something that might seem unbelievable outside the world of the film. Burshtein joked in another interview, “Everyone told me to change the title to “All the Gorgeous Men Are by Me.” One would not expect a grandmother and Bratslav chasid like Burshtein, who trained at the Sam Spiegel Film and Television School before she became religious, to work with recognizable — and incredibly good-looking —secular actors to convey deeply religious ideas in film. And yet she does.

Heilbrun writes in her book “Writing a Woman’s Life”: “Power is the ability to take one’s place in whatever discourse is essential to action and the right to have one’s part matter.” The character of Michal — who creates the life that she wants for herself, not unlike her creator, Rama Burshtein, whether she accepts the label or not — is unarguably, unabashedly feminist.