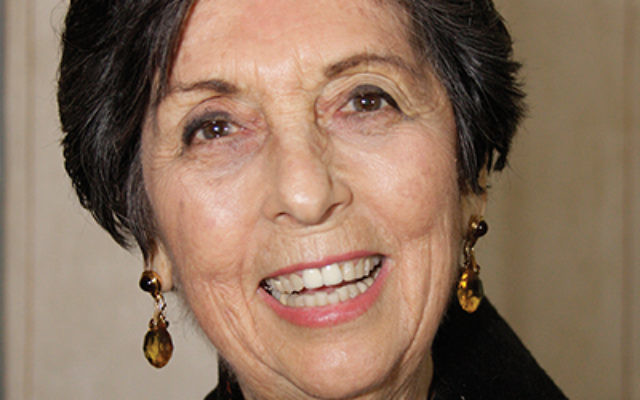 The month of May featured the holiday of Mother’s Day, beloved to families throughout the United States (and to florists, who do a landmark business that day). The month of June begins with the Jewish holiday of Shavuot, celebrating the giving of the Torah to the Israelites at Mount Sinai (and celebrated by merchants who sell blintzes, cheesecake and other dairy foods traditionally eaten on that day). But why am I juxtaposing these two disparate holidays? What does Mother’s Day have to do with Mt. Sinai?

Only this: Along with commemorating that momentous event at Sinai, the observance of Shavuot also includes chanting the Book of Ruth in the synagogue. And that book features one of the iconic mothers of all time, Naomi, whose two sons marry Moabite women and die in the course of time. Although Naomi’s story centers on her interactions with her daughter-in-law Ruth, in reality she functions as a true mother to Ruth — and even more. In her behavior toward Ruth, Naomi is the quintessential Jewish mother, in the best sense of the term.

The Jewish mother image has had an uneven history. In the immigrant days of the early 1900s, she was regarded in a positive light as the Yiddishe mama who sacrificed herself for her children, cleaning, cooking and working to ease their lives and guarantee their success in the overwhelming American world. Think Sophie Tucker singing nostalgically about her own mother or Molly Goldberg, admired matriarch of “The Goldbergs” radio and television shows. By the mid-20th century that image had morphed into the negative one of an overprotective, self-sacrificing and demanding mother, who evokes constant guilt in her “ungrateful” children. Think Woody Allen’s films or Philip Roth’s “Portnoy’s Complaint.” In more recent times, Jewish women, and especially feminists, have fought back against those misogynistic stereotypes, emphasizing how the strength and devotion of Jewish mothers have actually led to confident and caring children. A compliment I cherish came from a woman I met recently who told me that her mother had bronzed and hung on her kitchen wall an article I wrote for Newsweek back in 1983 defending Jewish mothers, and that it now hangs in her own kitchen.

Naomi is a Jewish mother to Ruth in that positive way. Having lost her husband and two sons, she returns from Moab, where they had all settled during a famine, to her hometown of Bethlehem in Judah. OK, so she indulges in a little self-pity when she tells the townspeople to call her “Mara,” meaning bitterness, because of the bitter lot she has suffered. But she quickly lifts herself up, puts her suffering behind her, and begins to plot a better life for the loyal Ruth, who gave up her family and homeland to remain at Naomi’s side. “Daughter, I must seek a home for you,” she tells Ruth. Subtly, without revealing too much, she encourages the young widow to glean in the field of Boaz, a kinsman who could be useful to her. “It is best, daughter, that you go out with his girls, and not be annoyed in some other field,” she says almost nonchalantly. Like a good mother, she gives Ruth advice, but avoids mapping out every detail of how she should behave.

‘While we celebrate Ruth this Shavuot, let’s also raise a glass to Naomi,
a fine model for mothers everywhere.’

Now some folks might accuse Naomi of pushiness when she next tells Ruth to dress up, go to Boaz’s threshing floor in the evening and “uncover his feet and lie down” near him. Ruth, however, appears neither pushed nor resentful as she follows her mentor’s directions. In fact, in a scene that seems to have sexual overtones, she goes beyond Naomi’s sketchy instructions and spends the night with Boaz. When she returns to Naomi the next morning, she relates everything that happened, without embarrassment or fear. She is clearly confident of the bond between them.

Ruth marries Boaz, and Naomi remains a presence in their home, so loved by Ruth, the neighbors say that “she is better for you than seven sons.” When Ruth gives birth to a son, Naomi becomes the child’s nurse, almost like a mother to him herself. Does she know that from this boy will eventually descend the great King David? No, but it would probably not surprise her. Like any good Jewish mother, she would expect the most from her charge, helping to rear him with a strong sense of himself. Demanding? Sure, but only that he achieve all that he is capable of, just as she saw to it that Ruth achieve the home and life she deserved.

So while we celebrate Ruth this Shavuot, let’s also raise a glass to Naomi, a fine model for mothers everywhere. And, with Father’s Day not far off, let’s remember that fathers, too, can be good Jewish mothers. We have only to give them the opportunity.