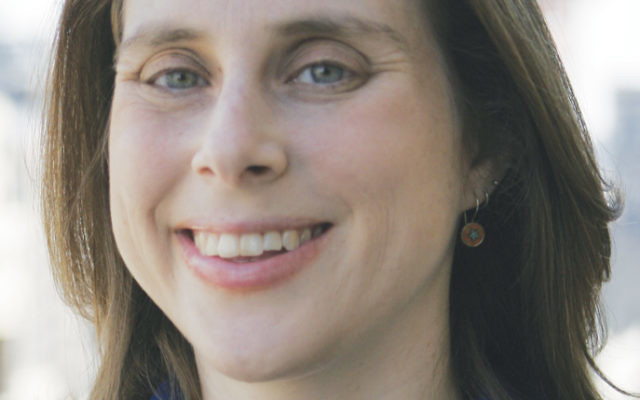 This question is no longer in dispute, thanks to a much-publicized 500-page report released last month by the high-level, bipartisan Task Force on Detainee Treatment (http://detaineetaskforce.org/report), convened by The Constitution Project. The report painfully recounts the use of interrogation techniques that the U.S. had previously condemned as illegal, including some cases in which torture even led to death.

As a proud member of the community of 1,800 rabbis and cantors and tens of thousands of Jewish community members who affiliate with T’ruah: the Rabbinic Call for Human Rights, I join the interfaith community in decrying torture as both morally wrong and ineffective in stopping terror.

Like all Americans, rabbis and Jewish community members know too well the pain wrought by terrorism. Our community has also watched in tears as terrorists have targeted cafés in Jerusalem, a busload of Israeli tourists in Bulgaria, and Jewish institutions in Argentina, India, the United States, and elsewhere. Personally, I have lived in Jerusalem during a period of bus bombings, and in New York during 9/11.

But study after study has proven that torture does not prevent terror. The theoretical “ticking time bomb” scenario does not play out in real life. Instead, torture results in false leads, wasted resources and missed opportunities to do the intelligence work that does protect us.

Torture is not only ineffective; it is also morally wrong.

The Torah’s very first lesson about humanity is that all of us are creations in the image of God. This means that any injury to a human being constitutes an injury to the divine. In one stirring interpretation of this verse, the rabbis of the Talmud imagine God suffering every time a human being — even an evildoer — suffers.

The assertion that human beings are created in the divine image is not simply a catchy slogan. In Jewish law, this belief leads to concrete laws prohibiting murder, mistreatment of a human being, or desecration of the body.

Torture inflicts physical and psychological harm that aims to strip victims of their divinely bestowed sense of humanity. Techniques such as extreme isolation, near drowning by waterboarding, sexual humiliation, extreme sleep deprivation, and sensual deprivation deprive victims of their dignity, their sense of control over their own bodies, their connections to other people, and even their ability to distinguish between day and night. Even those who physically survive can suffer long-term psychological harm.

Torture is also illegal without exception. In 1994, the U.S. signed the UN Convention Against Torture, which stipulates, “No exceptional circumstances whatsoever, whether a state of war or a threat of war, internal political instability or any other public emergency, may be invoked as a justification of torture.”

The Task Force report should not be the last word on U.S.-sponsored torture. The Senate Intelligence Committee has prepared its own 6,000-page report on the U.S. government’s use of torture, particularly following 9/11. Committee leadership has said that its report will show that torture was counterproductive for our national security. But the report remains classified.

T’ruah joins with hundreds of faith-based groups coming together through the National Religious Campaign Against Torture in calling for the Senate to release this report. The American people deserve to know the facts about the CIA torture program — both so that we may begin to make amends, and so that we can put safeguards in place to prevent the use of torture in the future.

Torture is always wrong and always immoral. It violates the biblical mandate that we treat every single person as a creation in the image of God. And torture does nothing to protect us or to prevent future terrorist attacks. The release of the Task Force report helps us begin to close this dark chapter in U.S. history. The next step will be the release of the Senate Intelligence Committee’s report. Finally, we will need to commit to ensuring that our country never again resorts to harming and degrading human beings through torture.

Rabbi Jill Jacobs is the executive director of T’ruah: The Rabbinic Call for Human Rights.