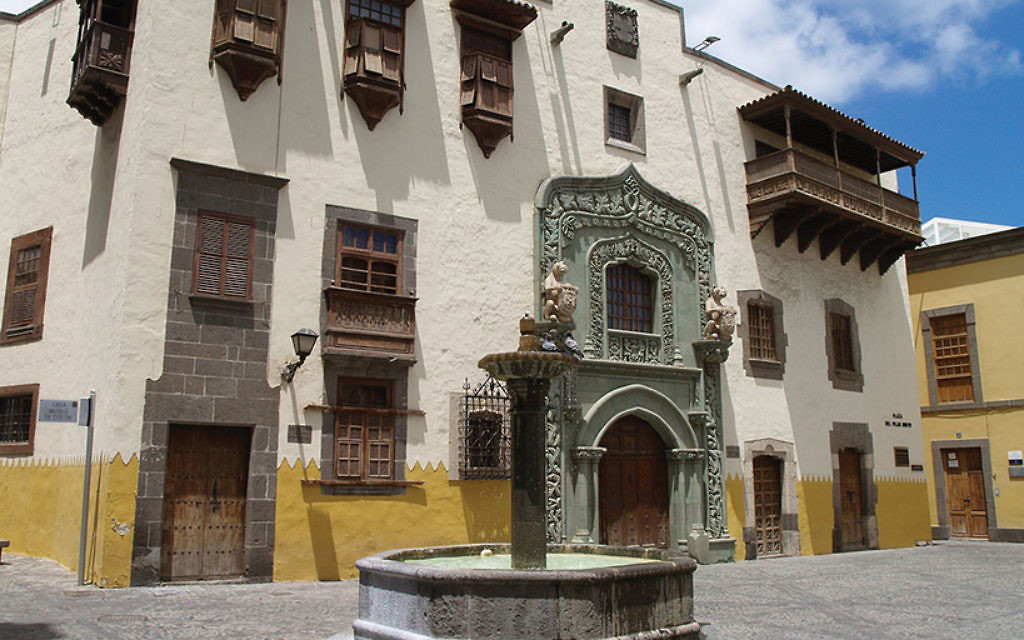 Given the violence rattling the world today, escape is certainly in order. And few escapes are quite so ideal as Las Palmas, a pastel Spanish city in the far-flung Canary Islands.

Way out in the blue Atlantic, with a sunny latitude off the southern Moroccan coast, Spain’s Canaries are more than an escape from winter (contrary to popular belief, mainland Iberia gets winter-coat cold by November). The volcanic archipelago feels like an escape from Europe itself — from the Continent of thousand-year history, of ever-tightening security restrictions and the tensions of modern urban life.

Las Palmas is the prettiest Spanish city you’ve never heard of. But British holidaymakers and well-to-do Madrileños have long flocked to this lively metropolis of roughly 750,000, where tourists, sun-seeking retirees and transient expats all converge. On the island of Gran Canaria, Las Palmas enjoys winter daytime highs around 70; though the climate is more California than Caribbean, the waters are still warm enough for swimming along wide, sandy beaches.

Less flashy than Ibiza, yet considerably urbane, Las Palmas offers a heady mix of palm-fringed boardwalks, historic colonial lanes, high-energy Spanish nightlife, and surprisingly worthwhile cultural venues. Las Palmas is also a popular cruise destination and something of a world crossroads, with a strategic commercial port that has attracted considerable industry in recent decades. At the café or on the sand, you’re likely to strike up a conversation with an accented resident who hails from Australia, India, Venezuela, or Israel.

This diversity is reflected in Las Palmas’ Sephardic Jewish community, which dates to the 1492 expulsion from mainland Iberia, and coalesced in the mid-1900s with arrivals from North Africa. Today it benefits from a continuous flux of diaspora professionals and business people, and boasts a congregation of roughly 30 families that gather for prayer and holidays.

Around the island, you hear about historic Jewish quarters in the older neighborhoods — but there is little tangible evidence of Jewish life amid the palms. As on islands everywhere, locals fret that their children go abroad for study and tend not to return.

Even so, given the myriad cultures that have left their imprint here, Las Palmas has more to explore than you might expect from a vacation spot. The Canaries owe their relevance to a strategic position for Spanish maritime explorers — which is why on one of the city’s grandest plazas, next to the cathedral and flanked by fountains, you’ll find the House Museum of Christopher Columbus.

This landmark is worth a look if only for the building, a stunning 15th-century mansion; Columbus didn’t really live here, but he did use Las Palmas as a base for his Atlantic voyages. This enjoyable museum illustrates not only these sojourns, but also America before the Spanish conquest, Spain’s Golden Age of Discovery, and the maritime history of the city.

On a more cultural note, Las Palmas is also the birthplace of the actor Javier Bardem — and a century earlier, of the great Romantic writer Benito Pérez Galdós, whose house-museum is worth a detour to the vintage Triana neighborhood. Tucked behind a peacock-blue façade on a narrow street by a bingo parlor, Galdós’s dwelling is an oasis of patios and well-preserved 19th-century interiors.

Pérez Galdós’ more lavish namesake, however, is the theater that bears his name, an imposing Romantic-style edifice near the waterfront. Much of the ornate interior was rebuilt after a fire in 1928, but the 1860s façade — designed by a famous architect of the era — remains one of the most distinctive features of downtown Las Palmas. With a reputation as Spain’s finest theater off the mainland, the Teatro Pérez Galdós is home to the Alfredo Kraus Opera Festival of Las Palmas (February through May), and presents concerts and spectacles that can be enjoyed by non-Spanish-speakers.

For a sweeping look at Hispanic cultural currents, head to the most ambitious art museum in the Canaries — the Atlantic Centre of Modern Art, which opened 25 years ago and was recently expanded with new, airy galleries.

The Atlantic Centre was founded with the very modern idea of “tri-continentality,” a kind of aesthetic and cultural dialogue between the three continents that have shaped modern Canarian culture: the Americas, Africa and Europe. To that end, the intriguing collection — which, alongside rotating exhibits, is full of art you have never seen before — showcases artists from North Africa, Latin America, and the distinct regions of contemporary Spain.

Of course, you could easily spend an entire week lounging on the crescent-shaped beaches, or sipping sangria at outdoor cafés. Las Palmas has just enough culture to feel lively, but not so much that it pressures the vacationer — the very definition of a winter escape.