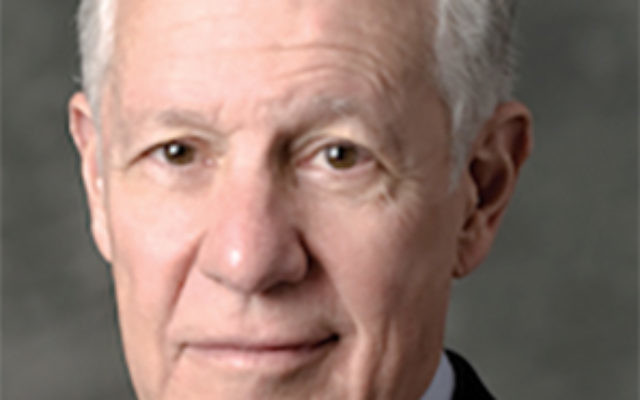 There is almost universal agreement that a two-state solution — Israel as a Jewish and democratic state and Palestine as a state for the Palestinians — is not going to happen in the foreseeable future. The question is: What should Israel do to deal with this reality?

A diverse and distinguished group of Israelis — Isaac Herzog, leader of the Labor Party and of the opposition in the Knesset; Michael Oren, former Israeli ambassador to the U.N., now a member of the Knesset; Maj. Gen. (ret.) Amos Yadlin, former head of military intelligence of the Israel Defense Forces and now the director of INSS (a respected think tank in Israel); and Ami Ayalon, former director of Israel’s domestic security agency — have suggested that Israel take immediate action in order to build an atmosphere that could keep open the possibility of a final-status agreement between Israel and the Palestinians at some time in the future. I believe this to be the way Israel must go because there must, at some point, be two states for two peoples, living side by side in security and peace and, if that is the objective, Israel must take some action now to make that objective achievable.

As to the necessity of having two states for two peoples, the alternative — one binational state stretching from the Mediterranean to the Jordan River — will not be both Jewish and democratic. The demographics of the area preclude this. There is now a bare Jewish majority in what would constitute the binational state. By 2020, Palestinians would constitute 51 percent of the population and, by 2030, 56 percent in that area. Thus, Israel will no longer be a Jewish state, unless the Palestinians living in that state will be denied the same voting rights as the Jewish minority — and then it would not be a democratic state.

As to the second premise, living with the status quo and continuing the policies of the government, particularly its continued settlement activity, is not an option for a variety of reasons. First, for more than six months, Israel has been suffering through a wave of violence of a kind never before experienced, perpetrated mostly by young Palestinians, acting on their own. And, while there is no excuse — I repeat, no excuse — for this violence, which has been incited by irresponsible Palestinian leaders and social media, I suggest that the root cause is the feeling of helplessness to change the situation and hopelessness that it will ever change — a toxic combination, which makes these young people susceptible to being influenced by the incitement.

High-ranking persons in the Israeli security establishment have expressed the same view. Action by Israel may well give these young people some hope that their lives and futures can change for the better, calm their despair and tamp down the violence. Further, taking action will allow Israel to strengthen its position and standing with certain Arab states, Europe and the United States. There is now a confluence of interests between Israel and many of the Arab states: Egypt, Jordan, Saudi Arabia, the Emirates and, possibly, Turkey. They are all committed to defeating ISIS and preventing Iran from acquiring a nuclear weapon.

However, they demand a just solution to the Israeli-Palestinian problem. In 2002, the Arab League put forth its Arab Peace Initiative, which included a pledge to recognize and normalize relations with Israel if it met certain conditions. Israel found the conditions unacceptable and rejected the initiative. There have been indications that the Arab states are prepared to compromise on the objectionable conditions.

An Israeli acknowledgment that the Arab Peace Initiative could form a basis for future negotiations would be a constructive step. Europe has been problematic for Israel, constantly criticizing its settlement policy. The French have just proposed a peace conference, and rumors abound that France and New Zealand are considering introducing another UN resolution. The tensions between the Obama administration and the Netanyahu government are well documented. They persist mainly over the settlement policy; positive action by Jerusalem on that front could discourage further troublesome initiatives.

However, an embrace of the Arab Peace Initiative as a basis for negotiations would bring the Arab states into the process, and cessation of construction outside the settlement blocs and the Jewish neighborhoods of east Jerusalem would convince the U.S. and the EU that Israel is serious about moving toward a two-state solution.

Robert Sugarman is a past chair of the Conference of Presidents of Major Jewish Organizations and of the Anti-Defamation League.