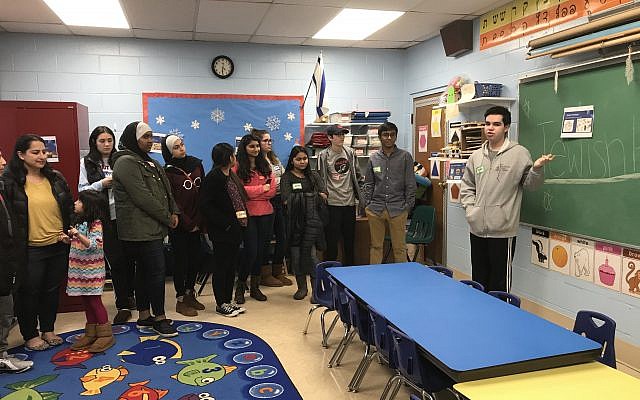 Justin Diament presents on the Jewish holidays to a small group of MOSAIC participants. Photos courtesy of Justin Diament

Ever watch a movie where the entire conflict could be solved or prevented if the main character knew just one important thing, but an improbable event prevents them from learning this one crucial fact? Or perhaps they were seeking out an answer to a key question, but someone else cuts them off with a “no time to explain” type of response? In these situations, proper communication would prevent all sorts of negative events from occurring, from soured relationships to death and destruction. These situations are often maddening to watch play out, which can be entertaining when it’s a Hollywood story. Unfortunately, in real life, similar things happen all the time that are obscured by the fact that we do not get to view them omnisciently as we do when watching a film.

Such is the case with religious stereotypes and intolerance, which persist in large part due to a lack of communication and hence a lack of understanding about different religions. Many people have little or no idea what it means to be Jewish, Christian, Muslim, Buddhist, Hindu or any other religion, nor what differences there might be within a religion, such as the Reform and Conservative movements of Judaism, the sects of Christianity or the Shia and Sunni divisions of Islam. Even though we live in an era where communication is easier than it ever has been before, it seems like most people still don’t know that much about religions outside of their own.

The MOSAIC Program in New Jersey aims to educate middle and high school students about as many different religious and faith groups as possible in order to promote acceptance between them. Participants visit a number of different houses of worship over the course of a year to learn about the corresponding religion’s history, beliefs, traditions, holidays and more.

MOSAIC stands for Mobilizing Our Students for Action in Building an Interfaith Community. It is a program where students teach students. For each religious establishment that the program visits, the participants who belong to that congregation create engaging presentations and activities to help explain their unique heritage and traditions to the other participants in the program. An added benefit is that this provides the students a good opportunity to determine how best to explain their religious beliefs, so they are better prepared if they ever encounter people who are misrepresenting their religion or perpetuating negative stereotypes about it in the future.

I will soon begin my third year with MOSAIC. Once students have completed one year of the program, they can apply to become an Ambassador of MOSAIC. As a MOSAIC Ambassador myself, I work with other high school students and adult organizers to attract new participants, engage new members, as well as plan and run our events. Through these efforts, Ambassadors practice leadership and communication skills as well as gain experience in organizing community events. 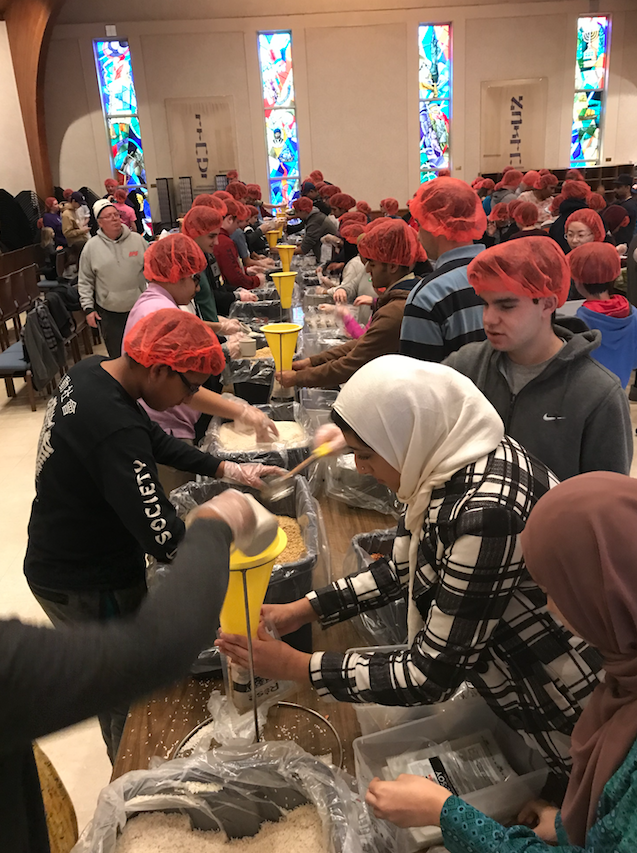 The ultimate goal of the program is to communicate that people of all beliefs and religions are more alike than they are different in that they seek and value peace and prosperity for all. To emphasize this, each year, MOSAIC culminates in a large community service project where members bring their family and friends of all faith groups together to contribute to a positive change: ending world hunger. Participants work alongside each other in a cooperative and festive atmosphere to package a nutritional rice dish that will be distributed to people in need around the world. It feels great to work alongside people of many different faiths and cultures for a common goal to help humanity.

Justin Diament is a junior at High Technology High School in Lincroft, N.J.