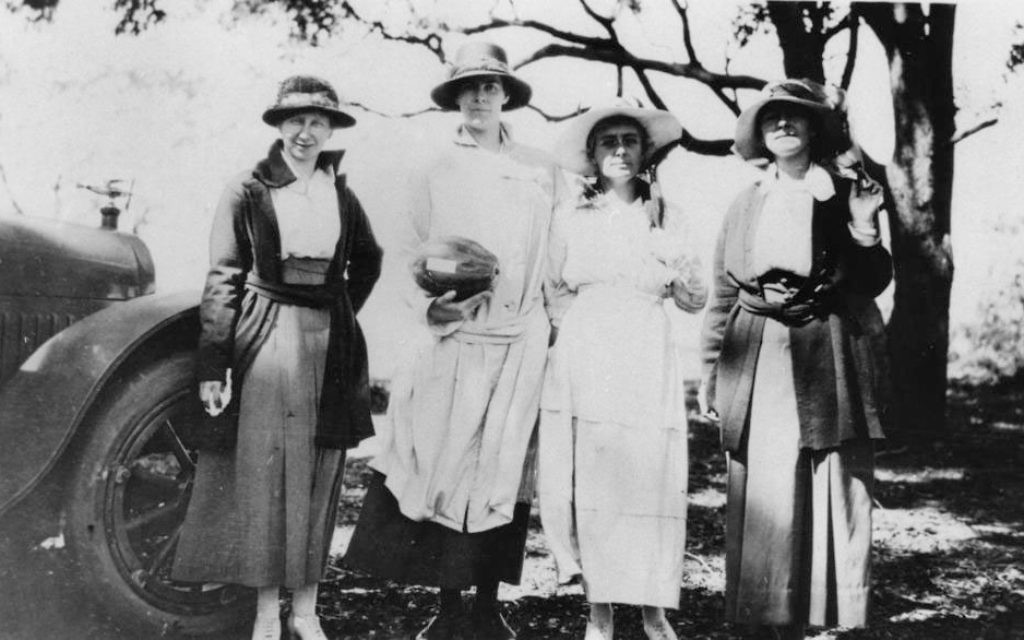 I was speeding down I-95 near Baltimore when something totally unexpected happened: I was racially profiled in America.

As a white Jewish female traveler, I certainly didn’t see this coming. I am part of a demographic that rarely draws the attention of cops. I’d been driving all day; I was tired, and when I saw the flashing blue lights in my rearview, I glanced with a sinking feeling down at my speedometer. Without realizing it, I’d been going 80.

But it turns out the cop wasn’t interested in my lead foot. “Have you ever been arrested?” was his startling greeting as he approached my window with a blinding flashlight in hand, his eyes darting around the interior of my Honda.

I panicked. “Of course not!” I stuttered, handing over my license and registration. He kept on shining the flashlight around the car seats, illuminating a collection of Trader Joe’s bags, a highway atlas and the detritus of all-day car travel.

“Where are the drugs?” he barked. I gave him a bewildered look.

Drugs were one thing, but this was another: “I am not from Massachusetts. I’m driving my parents’ car,” I said angrily, “and I don’t know what you’re talking about.”

“So what’s a white woman doing driving alone all that way? You want me to believe you just drove all the way from Massachusetts by yourself? Why would you do that?”

Ah! There it was, finally — the familiar accusation.

You see, I’ve been traveling on my own since I was 17. While I enjoy the company of others, I relish a solo journey, be it to another neighborhood or another continent. I love to prowl undisturbed, eating babka for dinner if the whim strikes, or spending six straight hours in a museum others might find dull.

But while plenty of women travel solo these days, an unaccompanied female is still, for many, an object of curiosity — and concern.

I first encountered this perception when I was traveling alone through Italy. It was the mid-’90s, and I’d struck up a conversation with a middle-aged lady at a bus stop in La Spezia.

“Who are you traveling with?” she inquired.

“All alone? So far away from your family? I can’t believe your mother let you do that!” she clucked, shaking her head. “I would never let my daughter go so far away by herself. I won’t even let her go to Rome to study!”

I discovered that, while attitudes are changing, this point of view is not uncommon throughout Southern Europe and North Africa. Mediterranean societies tend to be more family centered, and many parents still keep a worried eye on daughters’ peregrinations.

A Chilean friend told me I might encounter similar concern in Latin America, where as it happens I’ve always traveled with companions. “Girls travel all around with their boyfriends,” she explained. “But alone, not really.”

I don’t have to venture abroad, however, to run into this attitude. A female colleague of mine expressed surprise and admiration for how “intrepid” I was to drive all around the Eastern Seaboard, finding my way to new places while she barely had the nerve to leave her county.

There is an entire genre of travel writing, from how-to guides to memoirs, that highlights female solo travel — which only points to the fact that, unlike male solo travel, a woman alone is still something out of the ordinary.

“Where is your husband?” is a question I’ve been asked in a variety of languages. Now that I have a husband, I quickly bring him up in conversation with men abroad, hoping to derail any lascivious ideas about single American women.

But I doubt my husband is ever asked, when alone, about his wife.

There is no question that as a solo female, I take certain safety precautions: I deadbolt hotel doors, make sure someone always knows where I am, and walk defensively on streets at night. I try to avoid situations where I am the only female, which means there are places where I am definitely more comfortable traveling with Oggi. Some of these societies — in Asia, particularly — even have designated women-only train or subway cars, to prevent groping by men.

I’ve frequently written about my obsession with packing light, a habit that stems from my solo travel: I don’t want to rely on men to help me with my luggage.

Back on the Maryland highway, this was far from my mind. As the cop asked over and over again what on Earth I was doing traveling by myself — A white woman! All alone! — I tried to convince him I’d never done drugs in my life. But more to the point, I wanted him to realize that where I went, when, and with whom was entirely up to me.

He let me off with a warning.