Seventy-five years after Eddy de Wind wrote a novel at Auschwitz-Birkenau, the late psychiatrist’s book will be translated into English and a dozen other languages.

Set for release on January 20, “Last Stop Auschwitz: My Story of Survival From Within the Camp,” (Grand Central Publishing) was written during the days immediately after the Nazi death camp’s liberation. Hiding in a pile of old clothes underneath a barracks, de Wind used a foraged notebook and pencils to craft his account.

Not knowing whether he would fall into Russian, German, or other hands, the Dutch-Jewish de Wind used the pen name Hans van Dam. The book is a montage of the camp’s brutalities set against de Wind’s love for Friedel, his wife who was imprisoned a few yards away from him in the notorious “Block 10.”

In his book, de Wind wrote about the smell of “searing flesh” emanating from the Auschwitz I crematorium chimney, and how it affected his mindset.

“You are tired sick and disgusted with yourself, because you are a human being and because an SS-man is also a ‘human being,’” wrote de Wind.

Although “Last Stop Auschwitz” was first published in Dutch in 1946, it did not find a large audience outside of survivors. Since de Wind’s death in 1987, family members have worked to publish the book on a larger scale in many languages. It was translated into English by David Colmer.

You are tired sick and disgusted with yourself, because you are a human being and because an SS-man is also a ‘human being’

“This book is perhaps the only Holocaust death camp account written ‘in situ,’ in ‘real time’ and not affected by fading or inaccurate memories, not influenced by stories or reports learned afterwards,” said Dorian de Wind, whose great-grandfather was the brother of Eddy de Wind’s great-grandfather. 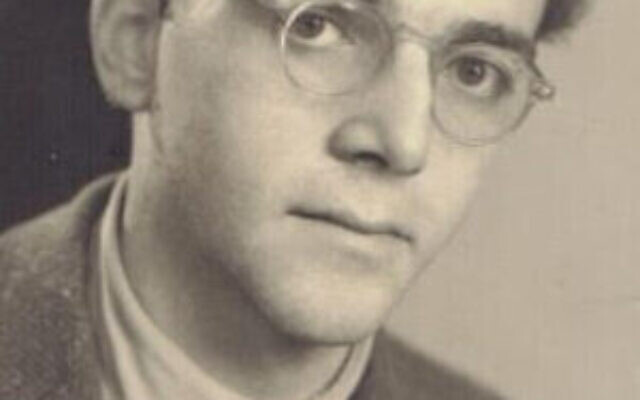 De Wind family members see the book’s publication in English as the fulfillment of a promise de Wind made in January of 1945, when he encountered a young Dutch woman named Roosje in the snowy fields around Auschwitz. The camp had just been liberated, and people were searching for food, medicine, and news of loved ones.

“They will never believe us in Holland when we come back and tell them all this,” said Roosje, who had escaped from a death march. Prior to that, she watched her mother die of starvation and was forced to bury her.

“We will make ourselves believable, there will be official reports that will prove the truth of our stories,” said de Wind. “And if someone still doesn’t believe it, I will ask them: Where then is my mother, my father, my brothers, and the other tens of thousands.”

‘To exist within him’

During the Holocaust, Eddy de Wind witnessed key moments in Germany’s war against the Jews.

Prior to the Nazis’ expulsion of Jewish students and faculty from Dutch universities, de Wind was the last Jewish doctor to graduate from Leiden University. Not long afterwards, he was taken away during the notorious pogrom of February 23, 1941, when the Germans arrested 427 Jewish men in Amsterdam’s Old Jewish Quarter. 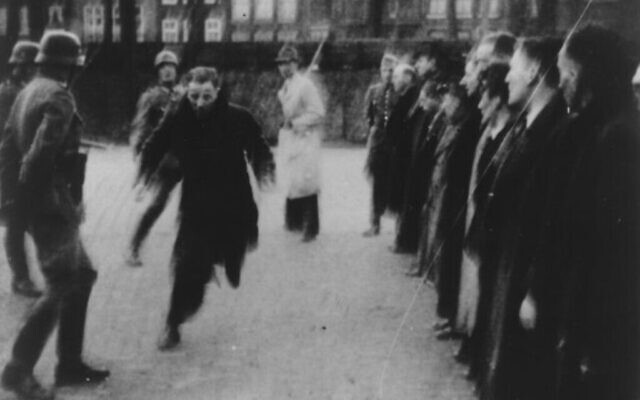 After being sent to a camp near Schoorl, the men were severely beaten and given medical examinations, according to de Wind’s son, Melcher de Wind.

“My father, being a doctor, managed to suggest that he was infected with tuberculosis and together with 11 others he was sent away. The men had to run away from the camp zigzagging for fear of being shot in the back,” Melcher de Wind told The Times of Israel.

Of the 427 Jewish men arrested that February day in Amsterdam, only three — including de Wind — survived the Holocaust.

Having already escaped fate’s hand once, de Wind took a step that no other Dutch Jewish doctor is known to have taken: He voluntarily went to the transit camp Westerbork in an attempt to prevent his mother’s deportation to Auschwitz. In exchange for his mother’s release, de Wind promised the authorities that he would serve there as a physician. 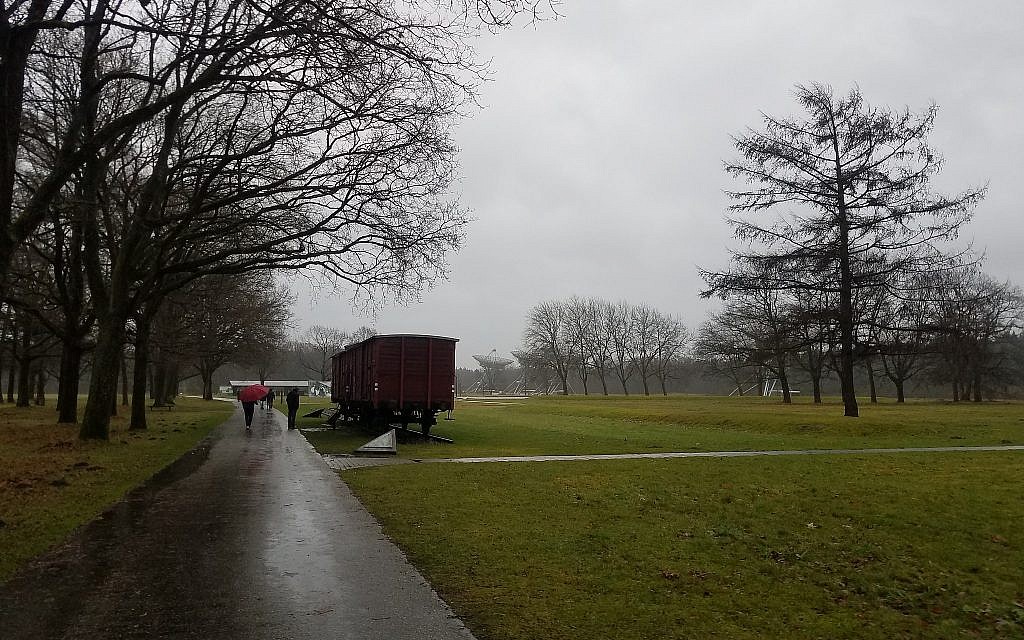 A symbolic deportation train at the former Nazi transit camp Westerbork, in the Netherlands, January 2018 (Matt Lebovic/The Times of Israel)

When de Wind got to Westerbork, he learned his mother had already been sent to Auschwitz. Devastated by the news, he remained at the transit camp to look after people bound for “resettlement” in occupied Poland, grimly tasked with determining whether inmates were too sick for the next transport. 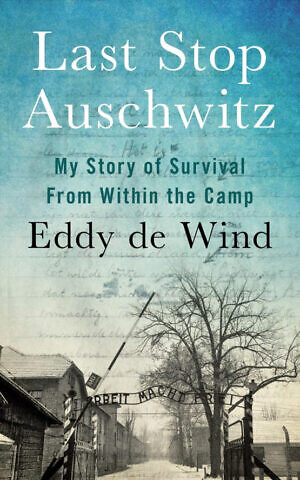 One of the young nurses de Wind met in the medical barracks caught his attention. Within weeks of meeting her, de Wind asked Friedel Komornik to be his wife and she agreed. A March 1943 wedding photograph shows the couple seated, surrounded by friends, colleagues, and a bouquet in front of them.

Later that year, Eddy and Friedel de Wind were deported to Auschwitz. Unlike most Jews sent to the death camp — called Birkenau, or Auschwitz II — the de Winds were not “selected” for murder upon arrival. Instead, they were imprisoned in Auschwitz I, the main camp, in adjacent barracks.

While de Wind worked in the medical barracks, Friedel was imprisoned in the notorious “Block 10.” Inside, SS “physicians” conducted horrifying experiments on women, supposedly in line with Nazi racial theories to increase German breeding power while sterilizing non-Aryan races.

During this time, the couple maintained contact by passing notes through a barbed wire fence between their barracks. Both of the prisoners had interactions with the notorious Josef Mengele, including when Eddy de Wind was asked by Mengele which infectious diseases were present at Westerbork.

During the final days of Auschwitz’s existence, de Wind saw his wife leave on one of the death marches heading west toward Germany. He wrote about the experience afterwards in the third-person: 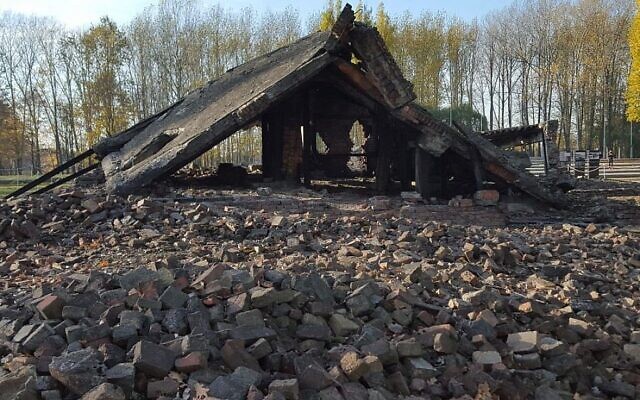 “…He had her image still before his eyes. That vision would always stay with him,” wrote de Wind. “She would continue to exist within him, she would not have lived for nothing and her soul would live through him, although her body rests there in those hazy blue mountains.”

When de Wind came back to the Netherlands in 1945, he was reunited with Friedel. Despite his fears, she had not perished in one of the the death marches from Auschwitz.

Published in 1946, de Wind’s book written on-site in the death camp did not become a best-seller. According to his son, there were several reasons for this.

“The Netherlands was rebuilding their destroyed country and there was not much interest for the story of Jews who came back from the camps,” Melcher de Wind told The Times of Israel. “They were not welcome very warmly anyway. Books like [my father’s] ‘Eindstation Auschwitz’ were even cynically called ‘barb wired literature.’” 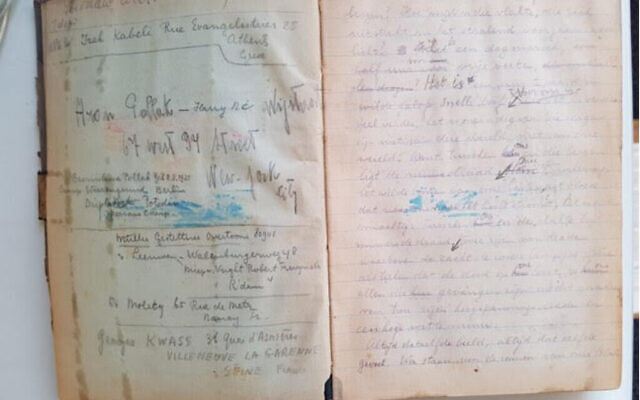 Eddy de Wind’s marriage did not stand the test of time. During the years he and Friedel were together, he treated many survivors of Nazi camps. From this work, de Wind developed theories to explain the plight of survivors.

In 1949, de Wind introduced the term “concentration camp syndrome” in an essay about the “psychological consequences of persecution.” Known as “KZ Syndrome” in German, the condition involves “post-camp pathological after-effects” unique to former prisoners of Nazi camps.

According to specialists, the well-documented syndrome involves depressive episodes, anxiety states, intellectual impairment, and other symptoms. Several studies have examined the “chronic and progressive” nature of the condition, with symptoms increasing in intensity as survivors age.

Throughout his life, de Wind believed in “pure coincidence” when it came to his survival, as opposed to divine intervention or fate. He also came to believe there was no way to shield the children of survivors from what their parents endured, at least not fully. 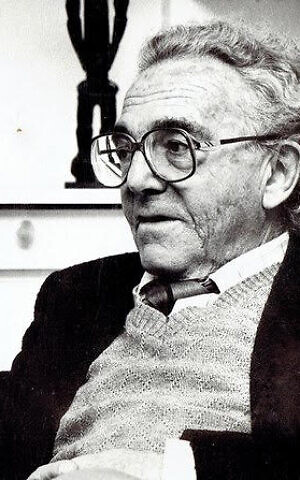 As de Wind and other clinicians learned long after the war, concentration camp syndrome did not fully manifest itself until about 30 years after liberation. As such, the children of survivors could not escape the Holocaust’s aftermath, despite many parents’ attempts to share as little as possible about the past.

Not only did Eddy de Wind suffer from “survivor’s guilt,” his son told The Times of Israel, but he was also afflicted with “victim envy,” said Melcher de Wind.

“For my father, survival must have felt like a punishment that he had survived and had to go through the pains of finding out whether someone maybe had survived, mourning, returning to The Netherlands and not feeling welcome anymore, trying to pick up your life again and dealing with his traumas,” said de Wind.

During the final days of Eddy de Wind’s life, his son witnessed part of the Holocaust’s psychological aftermath on his father. On his deathbed in a hospital, de Wind started to cry after learning that a patient in the next room had died.

“When I asked him why he cried, he said that it felt that because the other had died he was allowed to live at least one more day,” said Melcher de Wind. “It felt as if he had survived a selection in the camp. He had been treated by many doctors, but when he died, in his head he returned to Auschwitz.”