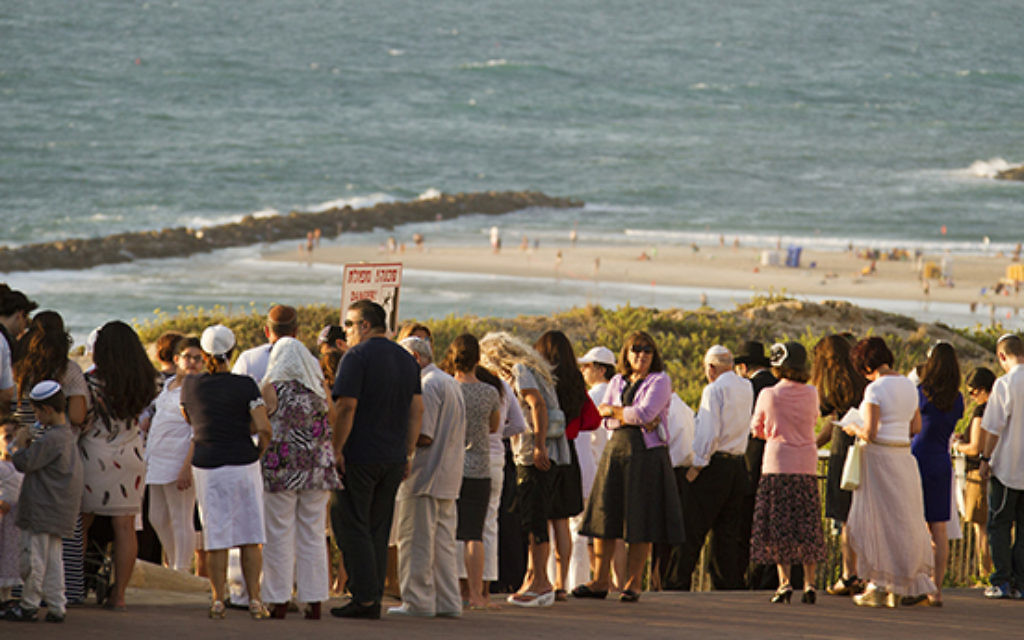 Rosh HaShanah, the start of Judaism’s 10-day period of repentance, is distinctive among the religion’s holidays — it is the only one that is observed for two days in Israel. Passover, Shavuot and Sukkot are each a one-day holiday in Israel.

In Israel, Israelis and visitors say, Rosh HaShanah is in the air. During Elul, the month that precedes Tishrei, religious and secular Jews commit themselves to doing more good deeds and giving more charity. In many synagogues and yeshivot, the shofar is sounded every morning. Penitential selichot prayers are recited in the days before the Jewish New Year starts.

On the eve of Rosh HaShanah, the spirit of the holiday becomes tangible. You can see vast quantities of honey and large, round challahs for sale, and you can hear people wishing each other a “Shana Tova,” a good year. Many men and women visit the gravesites of their beloved departed.

People proficient in blowing the shofar practice the art, and shofar-makers fashion new ones.

On the afternoon of the first day of the holiday, it is traditional to go to a nearby body of water for tashlich, the symbolic casting away of one’s sins. A group, above, gathers for tashlich on the Mediterranean shore near Netanya, above.

Most businesses are closed on both days of the holiday.

Last year, the Israeli Army prevented Rosh HaShanah from becoming a time of tragedy; during last summer’s fighting against Hamas terrorists in Gaza, plans to target Israeli civilians on the holiday, entering the country through a web of now-destroyed secret tunnels, were discovered.

This year extra Israeli police will be on guard against violence, especially in Jerusalem.