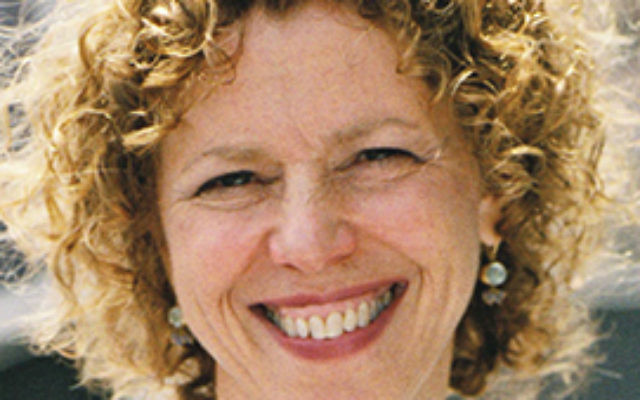 Twins fascinate us. What does it mean to share a womb for nine months with another gestating human? In the case of identical twins, what are the implications of having the same genetic material as someone else? And perhaps most intriguing, how can we know which of our human attributes are due to nature and which to nurture? These questions carry special resonance in Genesis. The core narrative establishes the identity of the nascent Jewish people. Conflict between brothers threatens the integrity of the fledgling people, imperiling the continuity of the covenant. Twins represent an exaggerated condition of brotherhood. Their doubled status intensifies sibling rivalry and other conflicts that the Biblical family must resolve in order to survive.

Vayeitze portrays Jacob in an interlude between fleeing his twin Esau and encountering him again as an adult after years of estrangement. At first reading, the text emphasizes differences between the brothers. They look dissimilar at birth and have opposite dispositions as young adults, Jacob being the scholarly and cunning tent dweller and Esau the doltish hunter. In Vayeitze, Jacob sires the sons who become the tribes of Israel. In addition, Jacob proves himself gifted at animal husbandry and expands his flocks of sheep. This bounty seems to confirm Jacob’s status as rightful heir to the covenantal promise despite being the younger twin. Later texts increasingly affirm Jacob’s righteousness while blackening Esau’s reputation as a hateful brute and archenemy of the Jewish people. However, some texts such as Bereishit Rabba 65:14 emphasize how Jacob and Esau were alike as children and only differentiated as adults.

While Jacob and Esau’s different appearances at birth seem to confirm their dizygotic (fraternal) identity, a monozygotic (identical) twinship is not out of the question. Twin transfusion syndrome, in which one embryo siphons off the shared blood supply of a single placenta that nourishes both identical fetuses, may result in the recipient twin being larger, ruddier and having other distinguishing features. At birth, Esau is described as “ish se’ir” (hairy man), playing off the plural for goats, se’irim. As Jacob is described as smooth skinned, Esau’s hairiness supports the epigenetic hypothesis, i.e. that environment plays an influence on development and can result in dissimilar features even with identical twins.

Before Jacob’s final audience with his blind father, Rebecca instructs her favored son to slaughter two goats (se’irim). She then cooks their meat for stew and prepares their hairy skin to camouflage Jacob’s smooth hands so that he will appear more like Esau. This motif of two goats reappears in the instructions for Yom Kippur in Leviticus 16 and further explicated in the Mishnah (Yoma). As part of the High Priest’s preparations, two goats as similar as possible must be found. While the ideal is to procure identical goats, the fates of these animals are totally opposite and seemingly random. One will be sacrificed to God and the other, bearing the sins of the people, will die in the desert. These passages provoke us to think about different components that contribute to destiny. We wonder, what part is due to biology, what to chance, and what, in the case of Jacob and Esau, to choice?

We will soon encounter another set of twins: Perez and Zerah, sons of Judah and Tamar. Their destinies, like Esau and Jacob’s, do not follow from a simple birth story. Perez, who seemed to have less shine and potential early in the birth process, emerges as the star. Nothing suggests that these twins are identical. More important, the text contains no evidence of conflict. Perez’s status may be more glorious as the ancestor of King David, but there is no saga of strife or violence with his twin, Zerah, who seemingly fades into history. What can we learn from the Bible’s depiction of twins who seem to live with civility, if not harmony?

The theme of sibling rivalry resounds like a drumbeat throughout Genesis. Brothers struggle to metabolize jealousy and contain violence. Twins, especially identical twins as might be the case with Jacob and Esau, pose an additional challenge to their families for equal love and resources. The biblical motif of twins, while sparse, highlights opposite outcomes for siblings — fierce competition versus peaceful coexistence. Perhaps we, too, need to think about our urge to compartmentalize and split off characteristics that we deem primitive or degrading and thus project onto others.

In next week’s portion, Jacob wrestles with an unknown man the night before Jacob’s encounter with Esau. One interpretation is that the man was Esau. The motif of twins challenges us to take responsibility for, and wrestle with, our own dark sides and to commit to the lifelong work of transforming the unwanted in ourselves into the holy.

Dr. Michelle Friedman is a psychiatrist in private practice, director of pastoral counseling at Yeshivat Chovivei Torah Rabbinical School, and the co-author, together with Dr. Rachel Yehuda, of a forthcoming book on Jewish pastoral counseling.