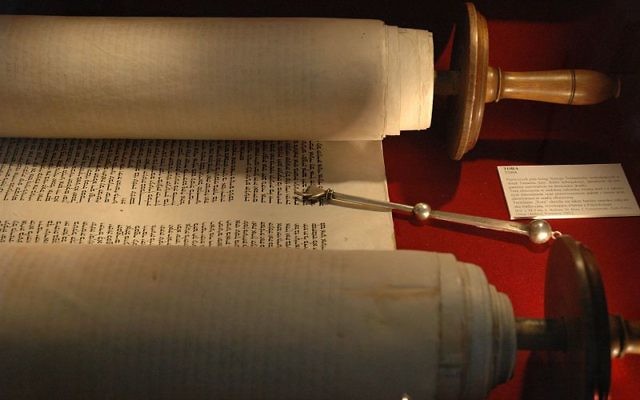 ‘Because you hearken to these laws, safeguarding and keeping them, that the Lord … shall keep the covenant with you and the mercy that He swore unto your ancestors, and He will love you and bless you … in the land which He swore to your ancestors to give you” [Deuteronomy 7:12-13].

How secure can world Jewry — and the citizens of Israel — feel about the future of the Jewish state? Have we returned to Israel for good, or does this “third commonwealth” represent only a possible opportunity, its long-term stability dependent on the moral, ethical, and spiritual commitment of its residents?

In Ekev we find two passages that, at first glance, seem to contradict each other concerning this issue. The first passage, cited above, speaks for itself: our entire relationship to the land depends on our fidelity to the terms of the covenant. In fact, the opening word of the portion, “Ekev,” is a conditional term (the desired goal will result “because,” “ekev”), underscoring the theme of qualification.

If the Jewish people were to forsake the covenant, they would have to pay the price of not inheriting the land. If they uphold the covenant, then God will bless them in the land that He promised our ancestors. The observance of the commandments may be compared to mortgage payments; default on the mortgage and the property gets taken away.

However, the Torah continues: “Not for your righteousness or for the uprightness of your heart did you go to possess their land; but it was because of the wickedness of these nations that the Lord your God drove them out before you” [Deut. 9:5].

Here the Almighty presents a different approach to our right to the land; it has less to do with our worthiness, and more to do with our neighbors’ lack of worthiness. We are being judged in comparison to the nations around us rather than in the absolute terms of our own conduct.

To reconcile these passages, Rabbi Hayyim Ibn Attar (Or HaHayyim HaKadosh) distinguishes between two stages in the redemptive process: entering the Land of Israel, and remaining there for good.

Our initial entry into the land comes about as a result of the evil of the other nations rather than our own righteousness, as well as God’s promise to the Patriarchs. But whether or not we remain on the land, whether a particular “return” will become the anticipated redemption or a mere passing episode, depends solely upon our ethical, moral, and spiritual conduct, as indicated by the initial verse of our Torah reading.

There is also an alternate and more comforting way to orchestrate these verses, as Ohr HaHayyim explains: Initially, when God makes His covenantal guarantee that the descendants of Abraham will inherit the Promised Land, He stipulates that as soon as the Canaanites demonstrate totally unacceptable moral behavior, “in the fourth generation, they [the Jewish People] will return here” [Genesis 15:16].

Then the Torah outlines the ultimate boundaries of Israel: “On that day the Lord made a covenant with Abraham saying, ‘Unto your seed have I given this land, from the river of Egypt unto the great river, the river Euphrates’” [Gen. 15:18].

Hence, Ohr HaHayyim suggests that whether or not we prove ourselves worthy, God promises that He will take us out of Egypt and out of every enslavement and bring us to our homeland, unconditionally.

But how much of the Promised Land comes into our possession — whether or not we get to inherit the full boundaries from the Nile to the Euphrates — depends upon our actions and morality. And what is clear from the second interpretation of Ohr HaHayyim is that our ability — or worthiness — to remain on Israeli soil is not an “all-or-nothing” situation. If we are partially good, we have a good chance of remaining on a goodly portion of Israel.

This second interpretation is much more optimistic and heartening for us today. But it also teaches us that if we are forced to give up parts of the land, we may be receiving an important message from Above that our behavior is not what it ought to be — especially in terms of how we behave towards each other. It is because of His compassionate righteousness that God initially chose Abraham [Gen. 18:19] and because of Israel’s lack thereof that our Holy Temple was destroyed [Isaiah Ch. 1].

Nahmanides explains that after the destruction of the First Temple, God guaranteed that He would effectuate deliverance no matter what. After the destruction of the Second Temple, there would also be a deliverance, but it would be dependent upon our doing teshuva, repentance. According to Maimonides, this act of repentance is not a commandment but a guarantee. God promises that we will repent and then we will be redeemed. Obviously, the sooner we repent the sooner will come the Redemption, but the Almighty guarantees that Redemption will arrive!