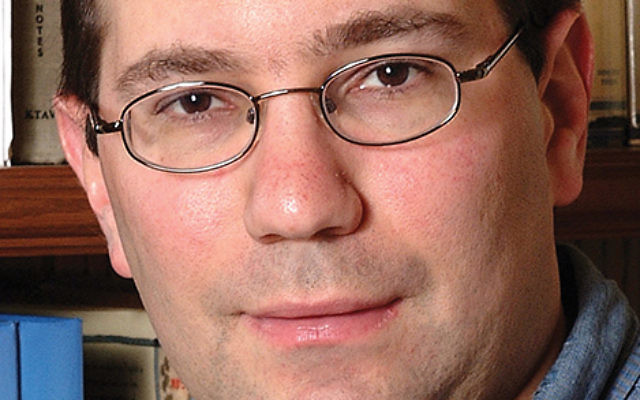 We all know that Israeli society is deeply polarized, with religious fanatics combating secular extremists. We all know that Orthodox rabbis dismiss Reform and Conservative rabbis, as most Israelis reject Judaism out of disgust for this Orthodox zealotry. We all know that the openness, tolerance, pluralism, and broad religious spectrum characterizing American Judaism is sadly lacking in Israel’s narrow, intolerant, all-or-nothing Judaism. Or do we?

Unfortunately, bold Orthodox rabbis like Rabbi Benjamin Lau and moderating institutions like the Schechter Institutes of Jewish Studies in Jerusalem, along with millions of tradition-minded yet not rigorously religious Israelis, are “ruining” this perfectly good stereotype. Recently, amid yet another religious controversy, the traditionalist, Conservative-affiliated Schechter Institutes celebrated its 30th anniversary by giving the open-minded Rabbi Lau and the bridge-building soul singer Etti Ankri its Rabbi Marc and Dr. Henia Liebhaber z”l Prize for Religious Tolerance.

Rabbi Lau particularly appreciated the award because he was having a bad week. An extremely popular Orthodox rabbi (and cousin of the charedi chief rabbi of Israel, David Lau), he had tried defusing the controversy resulting from Rehovot’s ultra-Orthodox mayor cancelling a lovely bar mitzvah program for autistic children — because it would have been held in the local Conservative synagogue. The office of Israel’s popular president, Reuben Rivlin, offered to host the ceremony, with Rabbi Lau co-officiating along with the Masorti Conservative Rabbi Mikie Goldstein. Unfortunately, Rivlin’s office retreated, wanting only Rabbi Lau to officiate.

Rabbis Lau and Goldstein protested, as have many others. While confirming the dominant narrative about polarized, intolerant Israel, this controversy overlooks the widespread popular disgust expressed against this rare presidential blunder, along with everything else constructive that occurred that week. Without minimizing the need to lobby Rivlin and explain the offense he caused, without ignoring the challenge of intolerant behavior by the Rehovot mayor, let’s acknowledge Israel’s complex, multidimensional religious reality. The well-timed Liebhaber Prize should have been as widely publicized as the autism brouhaha because it more closely reflects Israeli reality.

Rabbi Lau, who heads the Israel Democracy Institute’s Human Rights and Judaism in Action Project — another powerful mainstream moderating force in Israel — recently launched Project 929, which has hundreds of thousands of Israelis, from left to right, religiously and politically, reading one daily verse from one of the Bible’s 929 chapters, building towards Israel’s 70th anniversary in 2018. “It’s sad to say, but today, our enemies around us make us one nation,” Rabbi Lau laments. “They put us together in little rooms when bombs come from Gaza.” By contrast, this project seeks “the shared language of one nation,” he said.

Accepting the Liebhaber award, Rabbi Lau explained, “Tolerance is based on the idea that you’re never alone. It’s to diminish your space to make space for someone else.” And Ankri, a popular singer who became religious in 2001, quoted the Baal Shem Tov’s teaching that “Your fellow is your mirror,” when she won the prize. “People have to accept themselves and believe that there is good from within in order to accept the other,” she said in her acceptance speech.

The Schechter Institutes have now spent three decades transcending that overused, misleading, secular-religious duality, which Rabbi Lau, Ankri, and millions of Israelis traverse and transcend daily. The institutes, through their rabbinical seminary, master’s program in Jewish studies, and, most importantly, pluralist TALI education programs for tens of thousands of Israeli schoolchildren in 260 public schools and preschools, simply teach Judaism — in all its forms and all its glory, to Israeli Jews, in all their manifestations and permutations.

Just as Rabbi Lau’s 929 initiative and all these Schechter programs break down the rigid categories and false stereotypes, so too do the daily realities of Israeli Jewish life. Ask most “secular” Israelis to go clubbing on Friday at 7 p.m. and they will explain that they never miss “Shabbat dinner” with their parents. Studies show that the overwhelming majority of “secular” Israelis attend seders on Passover, sit shiva — for the full seven days — after family deaths, and believe in God, let alone speak Hebrew fluently and observe the Jewish holidays. They have Judaism integrated into theirs lives along with Jewish values, rituals, ideas and friends.

Yes, Israel must reject the remaining burdens of the anti-Zionist, ultra-Orthodox rabbinic monopoly. Israelis must also free themselves from these false, dichotomous secular-or-religious handcuffs, while diaspora Jews — especially judgmental American Jews — must escape the equally false, reductionist stereotypes exaggerating the problems and overlooking heroes like Rabbi Lau and noble institutions like the Schechter Institutes.

Gil Troy is the author of “The Age of Clinton: America in the 1990s,” to be published in October by Thomas Dunne Books/St. Martin’s Press.