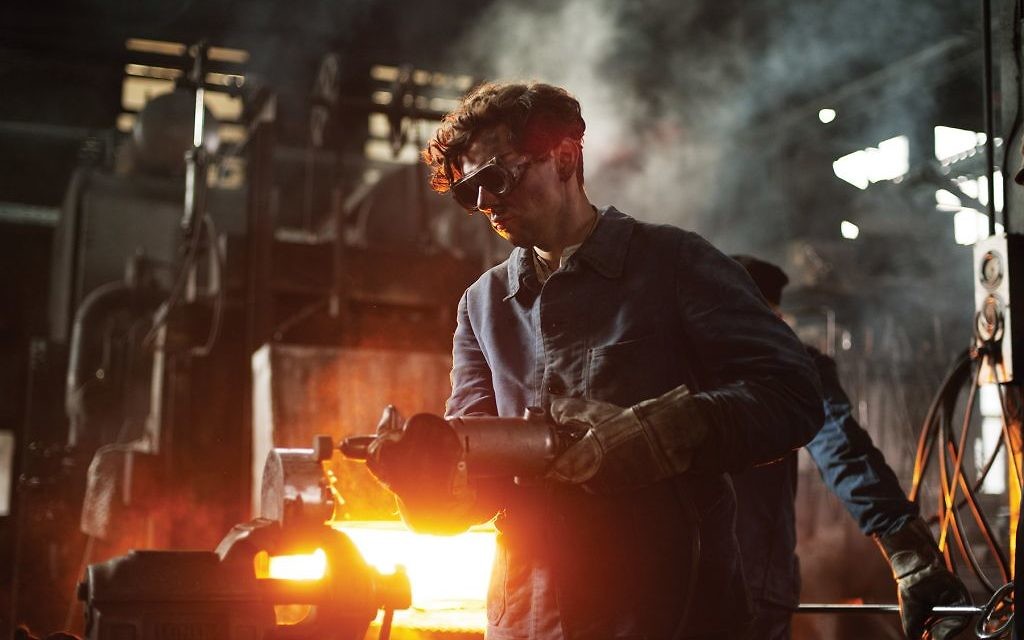 Christian Friedel in an armaments factory in a scene from “13 Minutes.” Sony Pictures Classics

JTA – What if Adolf Hitler had been assassinated shortly after his armies invaded Poland to start World War II? How would global — and Jewish — history have played out?

The question is not answered directly in the German film “13 Minutes.” But the movie, based on an actual, lone-wolf plot to kill the Fuhrer that nearly succeeded, is both a classical thriller, pitting one man against the system, and an exploration of how minute circumstance can affect the fates of millions.

“13 Minutes” is directed by Oliver Hirschbiegel, who is perhaps best known for his remake of “Invasion of the Body Snatchers” with Nicole Kidman and Daniel Craig, as well as “The Downfall,” which re-created Hitler’s last days in a Berlin bunker.

At the heart of the film’s plot is Georg Elser (played by Christian Friedel), a 35-year-old carpenter and tinkerer in a small Swabian village who played in the town band and was popular with the local girls. He’s a communist sympathizer — but not a party member — who observes with growing concern how his village gradually transformed during the early years of Nazi rule.

Elser sees an acquaintance who is forced to sit on the street —surrounded by Brownshirts and townspeople — with a sign around her neck reading, “In the village I am the greatest swine and consort only with Jews” (it rhymes in German). He attends a propaganda film in which Hitler proclaims that under his rule every German will have a radio, then a luxury, and the rutted village roads will be paved and lighted. 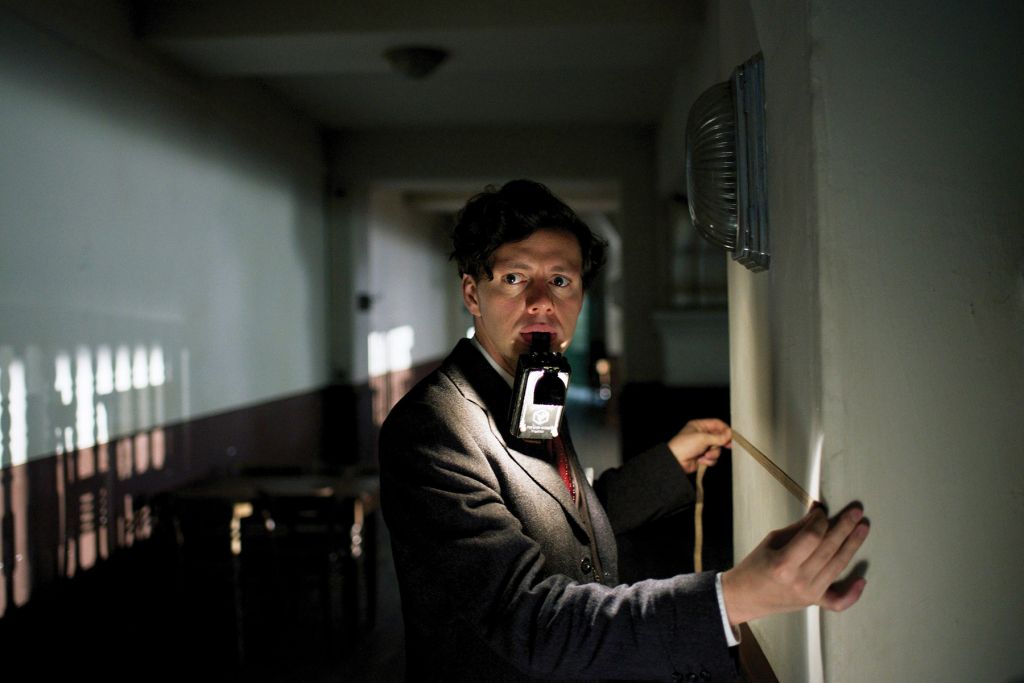 At a time when “expert” statesmen and pundits maintained that Hitler represented a temporary aberration or could be appeased, Elser becomes convinced that the Fuhrer will plunge Germany into war — and that if nobody else will stop the Nazi dictator, he must do the job himself.

Elser knew that Hitler addressed his followers at Munich’s largest beer hall every Nov. 8, the date of his foiled 1923 putsch to seize power in the Bavarian city as a base to overthrow the Weimar Republic.

So, starting in late 1938, he repeatedly visited the beer hall, taking careful measurements of the columns flanking the speaker’s podium. Elser took a job in an armaments factory and smuggled out explosives, dynamite sticks and detonators.

As Nov. 8 drew closer, Elser labored night after night on his knees, holding a flashlight in his mouth, to insert the homemade bomb into the column. He connected the bomb to two clocks timed to trigger during Hitler’s typically lengthy tirade. 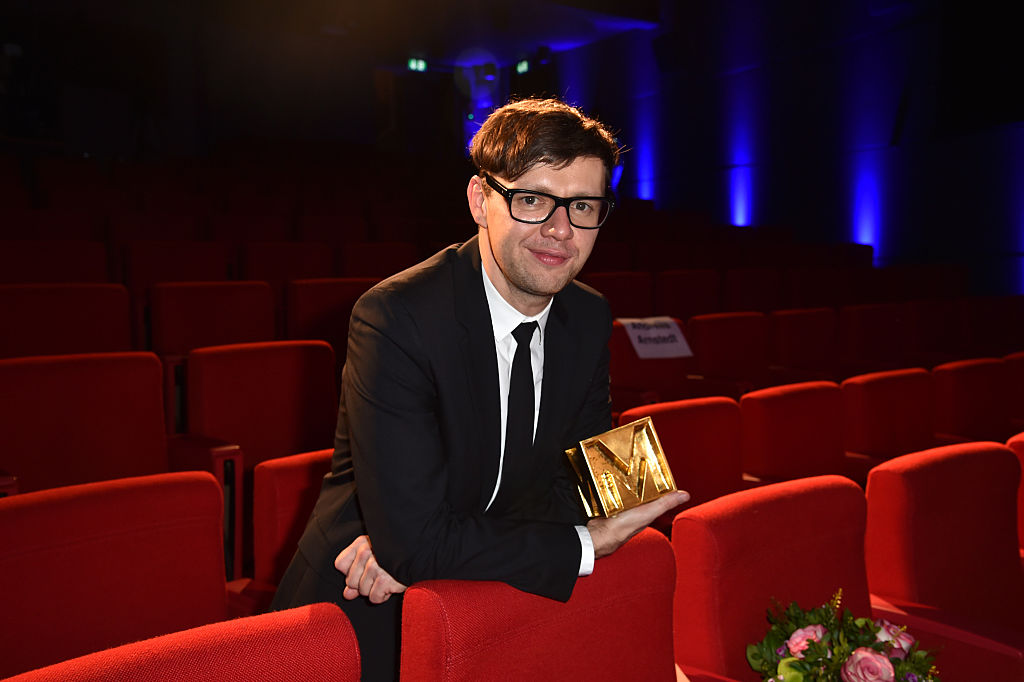 Christian Friedel during the 5th German Director Award Metropolis at in Munich, Germany in 2015. Getty Images

On the evening of the putsch anniversary, Elser took a train to the Swiss border to await news of Hitler’s death. Instead, however, he learned that the Fuhrer had unexpectedly cut short his speech.

Exactly 13 minutes after Hitler left the podium, the bomb exploded at the precise spot where Hitler had been standing. The blast killed seven Nazi officials and, to Elser’s lifelong regret, an innocent waitress.

As Elser tried to cross the border into Switzerland, something about his behavior aroused the suspicion of a German border guard, who arrested Elser and sent him, under guard, to a Gestapo prison in Berlin.

Hitler was convinced that Elser was but a tool in a vast conspiracy orchestrated by British Prime Minister Winston Churchill and demanded that Elser be tortured until he revealed the masterminds behind the assassination attempt. But even under the most brutal torture, Elser refused to give even his name and birth date. Only after the Gestapo drags in his longtime lover, who is pregnant with his child, does he acknowledge the plot, with himself as the sole author.

Nobody believed Elser’s story, but instead of being executed on the spot, he was shipped to various concentration camps, ending up in Dachau.

In April 1945, however, as Hitler’s dream of a 1,000-year Reich came crashing down, the Fuhrer remembered Elser — and ordered that he be executed with a pistol shot through the neck. Two weeks after Elser was killed, U.S. troops liberated Dachau.

“13 Minutes,” released in Germany in 2015 with the title “Elser — He Would Have Changed the World,” was well received by German critics and the public, Hirschbiegel said by phone from Vienna.

The influential magazine Der Spiegel noted that because of the film, Elser became recognized as “a true German hero” after having been largely ignored by historians.

“13 Minutes” is the latest in a number of German movies showing how individual Germans, men and women, stood up against the Nazi regime. They include “Sophie Scholl: The Final Days,” “Rosenstrasse” and, most recently, “Labyrinth of Lies.”

Does the spate of films about Germans who resisted the Nazis’ reign of terror show the world that there were “good” Germans during this horrific time?

Not exactly, Hirschbiegel said, noting that for at least two decades after World War II, most Germans tried to ignore the crimes of the wartime generation entirely — and it took even longer to honor the bravery of resistors like Elser.

But, he added, there are only a few courageous individuals in every society who embody the spirit of freedom. As an American example, the filmmaker cited whistleblower Edward Snowden, who exposed thousands of secret U.S. government documents.

“Snowden saw that something wrong was going on and if no one else would do anything about it, he had to do it himself,” Hirschbiegel said.