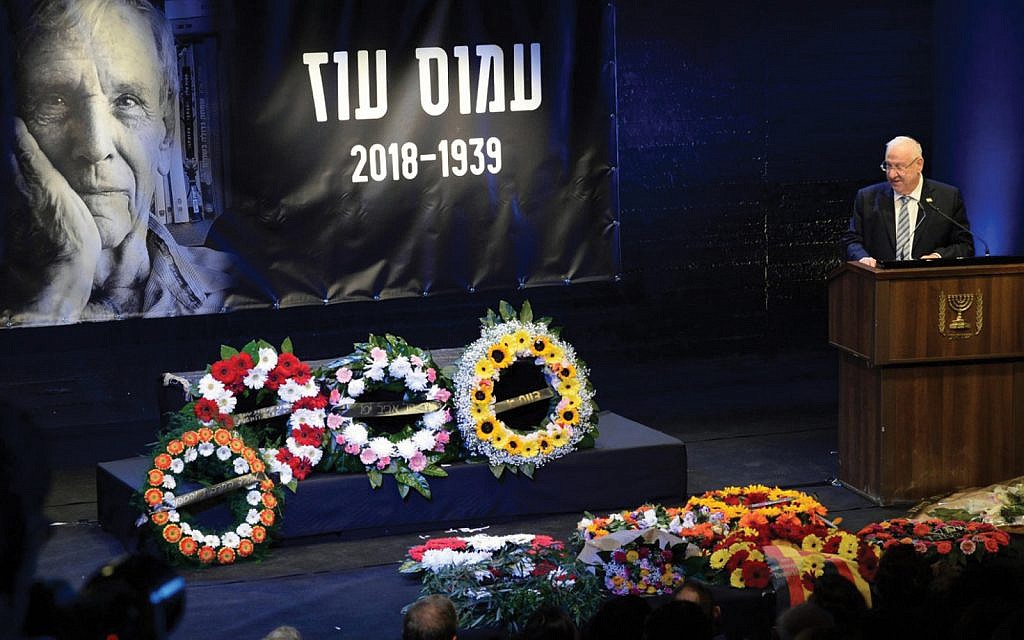 JTA – The young nation of Israel has witnessed in recent years a dwindling of its founding generation — from the passing of statesmen like Shimon Peres to the death last week of novelist and political activist Amos Oz. Oz was 79; Israel is but 70. Oz was old enough to witness Israel’s fight for independence, and now his death turns the page on yet another chapter of its improbable resurrection — with an old language that became new again.

Oz had a lot to do with that. He imbued Hebrew with a literary style and gave it a novelistic voice, finding new ways to maneuver the aleph and bet so that a once purely liturgical language suddenly possessed a richly lyrical descriptive power.

The author of 40 books, including 14 novels, and hundreds of articles and essays, many of which delved into the messy politics of the Middle East, Oz was Israel’s first great man of letters, an old-school public intellectual in a brand-new nation with many jobs to fill — from the brawny to the brainy. Those patriarchs and matriarchs made the saying “next year in Jerusalem” both a reality and redundancy. With little natural background, they willed themselves to become equal parts poets, farmers and soldiers.

Oz was a living embodiment of those multiple duties. After his mother’s suicide, which occurred the year before his bar mitzvah, he came of age on a kibbutz and fought in two of Israel’s wars. He then published acclaimed novels such as “My Michael” and “Black Box,” as well as the literary memoir “A Tale of Love and Darkness,” that captured the finer points of domestic Israeli life, the yearnings and sexual passions, and the madness of a people who reinvented themselves so soon after nearly being annihilated en masse. 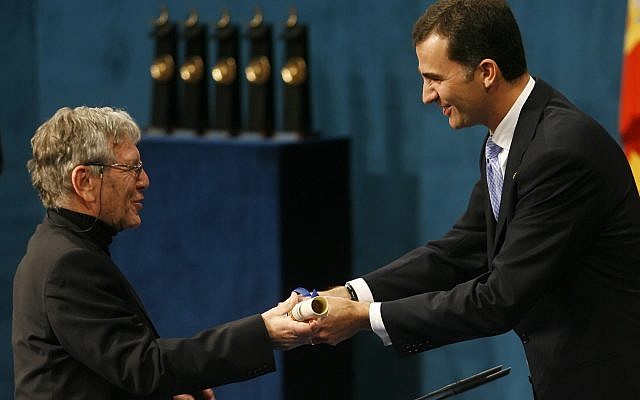 Israeli author Amos Oz (L) receives the Prince of Asturias Award Laureate for Letters from Spain’s Prince Felipe during a ceremony at the Campoamor Theater in the northern Spanish city of Oviedo, 26 October 2007. Getty Images

Long before Netflix’s “Fauda,” or the inexplicably sabra-accented Wonder Woman, Oz, through the 45 languages in which his novels were translated, introduced the world to Israelis in all of their rambunctious, high-strung, pattering essence — the kibbutz kibitzers, the brave sabra boys, the Mizrahi misfits, the lost European intellectuals trying to scrape out a life of the mind in a barren desert. Without the wizardry of Amos Oz, many around the world would have had no knowledge of Israeli society, no feel for its people, no sense that they were more real than Jews from, well, Oz.

And Israelis would not have known how they appeared in the imagination of one of their own.

The Start-up Nation had to start somewhere, and Oz was not only there at the beginning, he also captured the mood, rhythms and sorrow of its people for nearly every decade of Israel’s existence.

But there was more. Israelis related to Oz not only as a storyteller, but also as unofficial statesman. He was one of the founders of Peace Now. Indeed, he was among the first, almost immediately after the euphoria of the Six-Day War, to attribute a doomsday prophesy to the capturing of Arab land. In his writings and public statements, Oz spoke of a moral corruption that could only be corrected by a two-state solution. No longer was he a mere fiction writer; he had become the conscience of a nation and a pesky activist in its political culture. 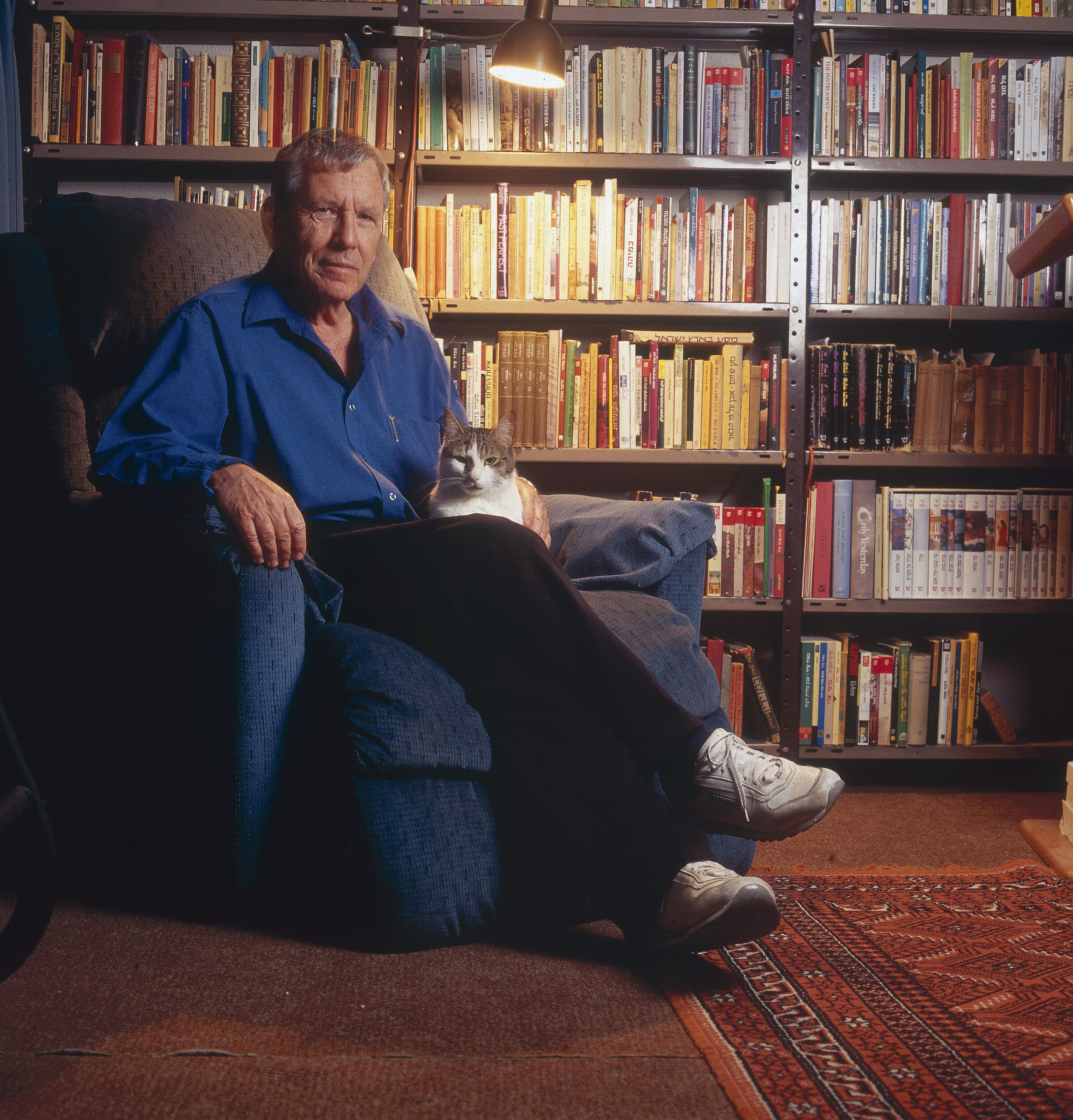 Beyond advocating for Palestinian justice, Oz blamed Israel’s government for not making Palestinian statehood a reality. For a time, many Israelis, especially those who identified with the left-wing, social democratic Labor and Meretz parties, joined Oz in promoting an idealized view of Palestinian intentions and a self-flagellating opinion of Israeli policy.

But now, so many years after the failed Oslo Accords, with multiple wars in Gaza and Lebanon, ISIS and Hezbollah in Syria, a nuclear Iran, and intifadas of the suicide-bombing, mortar-throwing, car-ramming, knife-stabbing and incendiary kite-flying variety, Israelis have largely abandoned the aspirations of Peace Now. The vision for Israel that Oz helped pioneer had suddenly become anachronistic, a byproduct of a bygone, hope-filled era.

The hardened reality of Palestinian rejectionism, violence and incitement left many Israelis cynical and contemptuous of Oz’s misspent idealism. Sephardic, Russian and Orthodox Israelis formed their own political movements that mowed over the humanistic kibbutzniks and Peace Now advocates like a political bulldozer.

In response, some of Oz’s later books dealt with issues of betrayal, fanaticism and zealotry — as if he was taking on his critics, Palestinians and even himself. But no one would have expected what Oz told a German interviewer in the summer of 2014 when asked about Israel’s military conduct during the Gaza War, and the killing of Palestinian civilians standing shoulder to shoulder with Hamas terrorists: 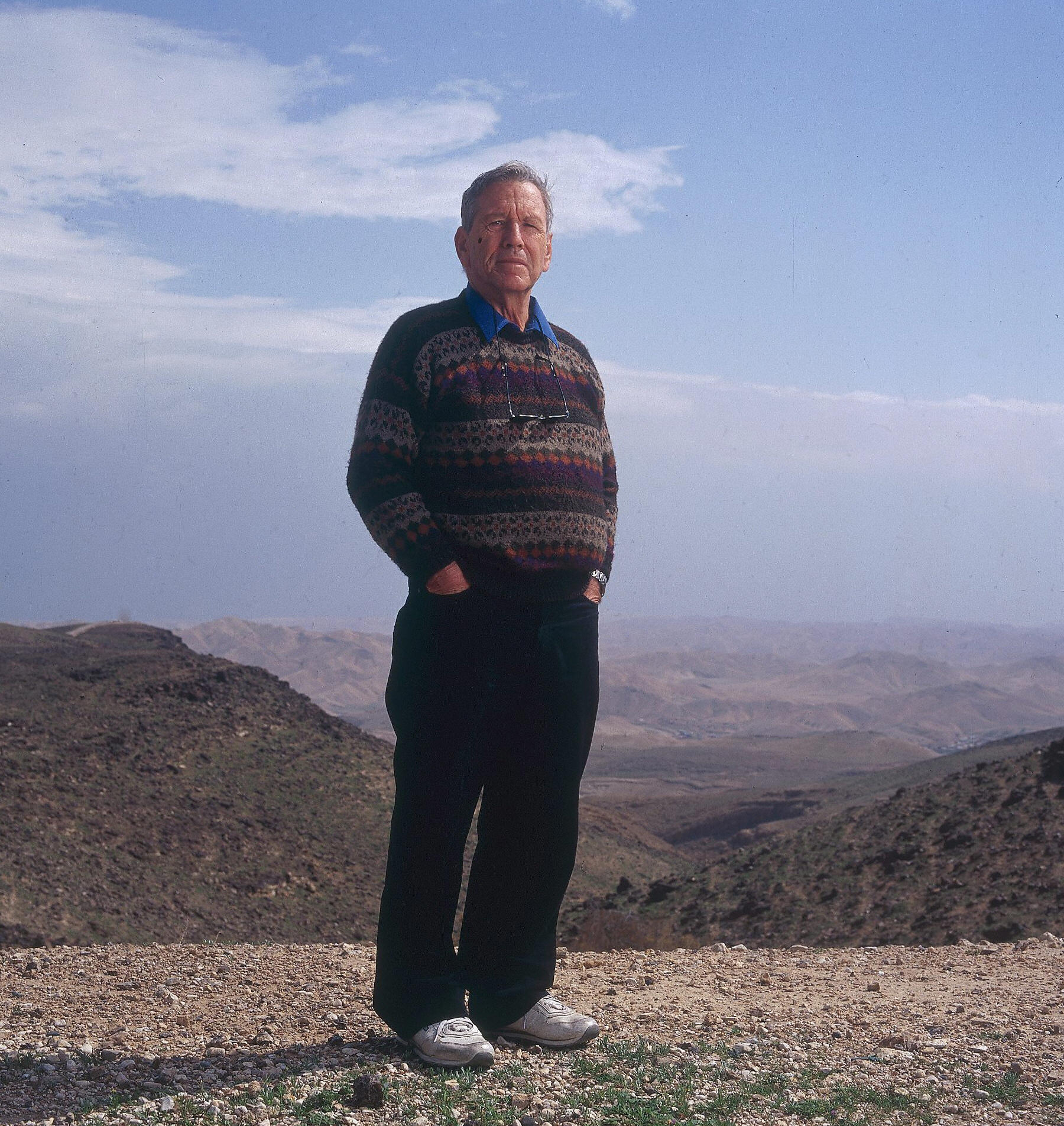 The founder of Peace Now, who never gave up on the dream, gazed at Gaza not with the romanticism of a novelist but through the eyes of a protective father. And to the surprise of many, despite the civilian dead, he acknowledged Israel’s true moral dilemma and the tragic dimensions of this theater of war. An insistence on peace — that it must come “Now”! — is not a sustainable political strategy when peacemakers are nowhere to be found and martyrs are aplenty.

Thane Rosenbaum, a novelist, essayist and law professor, is the author of “The Golems of Gotham,” “Second Hand Smoke,” “Elijah Visible,” “The Stranger Within Sarah Stein” and, most recently, “How Sweet It Is!”